Please Note: US Sales Only.

Maximize performance on your most complex projects with Autodesk Arnold Renderer

Customize your pipeline with flexible tools and integrations 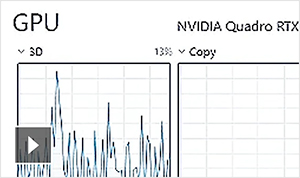 A beta version of Arnold GPU allows users to switch seamlessly between CPU and GPU rendering. 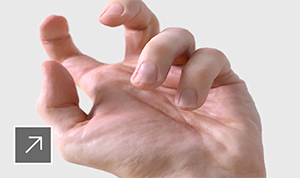 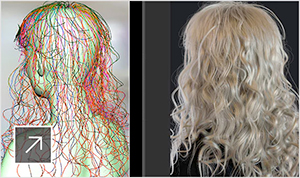 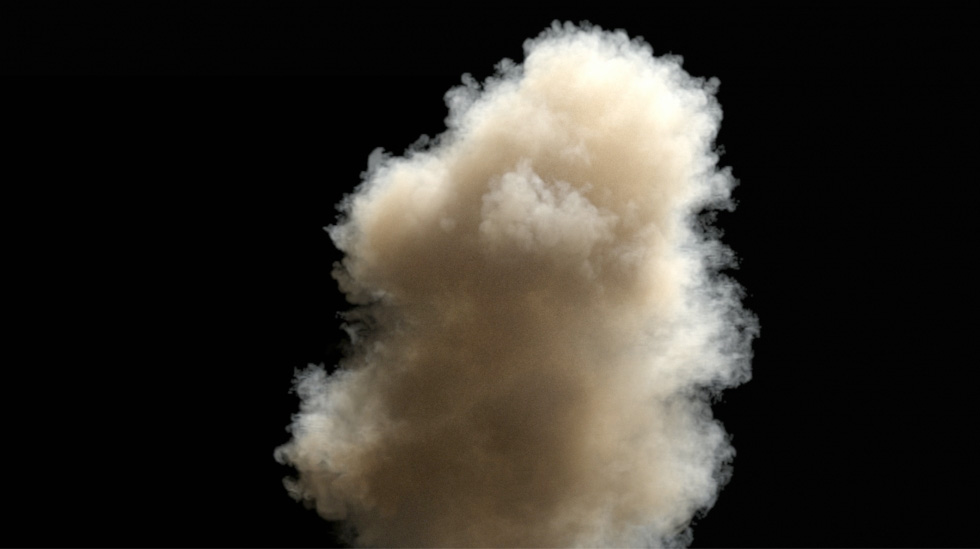 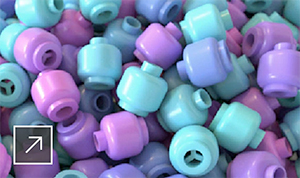 Arnold can more efficiently ray trace instances of many scene objects with transformation and material overrides. 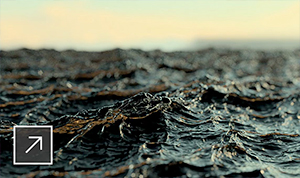 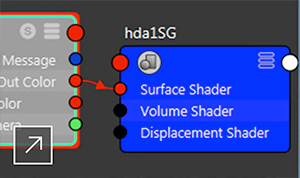 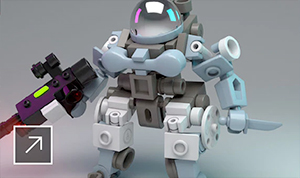 LPEs give you the power and flexibility to create Arbitrary Output Variables to help meet the needs of production. 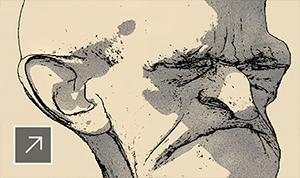 An advanced Toon shader is part of a non-photorealistic solution provided in combination with the Contour Filter. 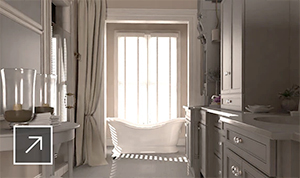 Two denoising solutions in Arnold offer flexibility by allowing users to use much lower-quality sampling settings.

Arnold has a native scene description format stored in human-readable text files. Easily edit, read, and write these files via the C/Python API.

This physically-based shader is built to render hair and fur, based on the d’Eon and Zinke models for specular and diffuse shading.

Operators make it possible to override any part of a scene at render time and enable support for open standard framework such as MaterialX.

Arnold can be used in Maya, Softimage, Houdini, Cinema 4D and Katana. We will release other plug-ins in the future.

All of our plug-ins are free to use when you buy Arnold licenses. This means you can easily switch 3D software packages without having to spend money on additional Arnold licenses.

Provides a beautiful interface to our photorealistic renderer within Autodesk’s Maya.

Arnold for Maya (or MtoA) provides a bridge to the Arnold renderer from within Maya’s standard interface. MtoA is now shipping with the Arnold 5.0 core.

Arnold for Cinema 4D (or C4DtoA) provides a bridge to the Arnold renderer from within the standard Cinema 4D interface.  C4DtoA is now shipping with the latest Arnold 5.0 core.

Arnold for Houdini (or HtoA) provides a tight bridge to the Arnold renderer from within the standard Houdini interface, in a way that is familiar to both Houdini users and Arnold users in Maya or Softimage. It also enables smooth lighting workflows between Houdini and other DCC applications, since setups can be exported and shared.

Arnold for Katana (or KtoA) provides a bridge to the Arnold renderer from within the standard Katana interface. KtoA is now shipping with the latest Arnold 5.0 core.

Provides a beautiful interface to our photorealistic renderer within Autodesk’s 3ds Max.  Launched at SIGGRAPH 2016 and now with Arnold 5.0, Arnold for 3ds Max (or MAXtoA) is bundled standard with 3ds Max 2018, providing a bridge to the Arnold renderer from within the standard 3ds Max interface.

In general, Arnold is going to work on pretty much any 64-bit system where Houdini, Maya, Cinema 4D, 3ds Max, or Katana works. However, there are some minimum requirements:

This version (6.2) breaks binary compatibility. Shaders, procedurals and other plugins compiled against Arnold 6.1 are not compatible with this version of Arnold and will need to be updated and recompiled.

The speed of GPU-based rendering makes it possible for artists to work with near-final quality renders at interactive rates.

With a single click, users can switch seamlessly between rendering on the CPU and on the GPU.

While CPU rendering provides studios working on larger visual effects and animation projects the flexibility to scale up quickly for final frame rendering, Arnold GPU rendering will make it easier for artists and small studios to iterate quickly and scale up rendering capacity when needed.

First unveiled in March, Arnold GPU has seen continual updates throughout the year. The Arnold 5.4 release in July brought support for Open Shading Language and OpenVDB volumes, and this update now rounds out the toolset with a number of improvements across lights, shaders, and cameras. The latest updates to Arnold GPU include:

Note that there are still some limitations to rendering with Arnold GPU. Please visit the Arnold documentation portal for more information on supported features and known limitations, as well as hardware and driver requirements for Arnold GPU.

As part of Autodesk’s continued efforts to accelerate the adoption of open standards to benefit the larger industry, a collection of components for Arnold in the USD ecosystem including Hydra render delegate, Arnold USD procedural, and USD schemas for Arnold nodes and properties is now available on GitHub.

Other New Features in Arnold 6

Arnold 6 delivers a number of new features and improvements to help maximize efficiency and performance:

For a complete list of updates in Arnold 6, refer to the release notes.

In addition to new features and improvements in Arnold 6, we have also made several updates to the Arnold plug-ins for Autodesk® Maya®, Houdini, Cinema4D, Katana, and Autodesk® 3ds Max®.

Full release notes for each plug-in are available in the Arnold documentation portal.

A New Way to Buy

Monthly, annual, and 3-year single-user subscriptions of Arnold are now available on the Autodesk e-store, simplifying the process of subscribing to, accessing, installing, and renewing Arnold. Moving the Arnold buying experience to the Autodesk e-store means users now get immediate access to their software when they subscribe and no longer have to install and configure elaborate multi-user license servers when they only need a single seat.

Earlier listing of built-in AOVs: Built-in AOVs and LPEs are now also listed by the AtAOVIterator, no longer requiring an AiRender() call. (#8431)

AiPromptADPDialog(): Call AiPromptADPDialog() in order to opt-in or out of the Autodesk analytics program (ADP). Currently ADP is only implemented for OSX, so for other platforms this is a no-op. There is a known limitation that only allows this function to work if the Arnold libraries are in the same path as the host process. (#8433)

Normal map blending:
A new normal_map blending mode was added to the layer_rgba shader. This makes it easier to create fine details and is more efficient than connecting multiple bump or normal mapping nodes. (#7523)

JSON log file additions:
The JSON stats file has more info, such as the hardware used. (#7196)

Optimizing for quality and speed

A new Toon shader has been integrated as part of a non-photorealistic rendering (NPR) solution, provided in combination with the Contour Filter, making it easier to achieve incredible new styles and effects. While Arnold is long known for producing beautiful photorealistic imagery, many users have asked for functionality allowing toon or stylized non-photoreal looks, and this new shader will open up a tremendous range of options.

Arnold 5.1 lays the groundwork for major developments in supporting open industry standards, helping to dismantle technical roadblocks that might be limiting your choice of tools.

Sheen or Velvet Shader in Maya and Arnold #mayamonday

ReimagineFx walks you through making a spooky ghost with a purple sheen by using the Velvet Shader in Maya and Arnold Renderer.

Brent Le Blanc shows you how to use Substance Painter texturing of a Vintage Theater Chair for film and games. He uses advanced procedural techniques.

Designer Darren Thomas explains why your 3D renders look fake and offers 5 tips to improve realism. Perfection is your enemy, and technology will only get you so far, as real life is messy and imperfect.

Arnold + Maya Tutorial Round Up #MayaMonday

Arnold + Maya go together like chips and salsa, or rice and beans! Today we're rounding up some tutorials for Arnold and Maya.

This tutorial for the Thanos Portal comes from SitniSati, and is, of course, inspired by the Avengers Infinity War. Watch it now!

Hidden Maya Tricks to Speed Up Your Workflow #MayaMonday

These are not necessarily hidden but often overlooked by artists, even those artists who have been using Maya for years. Get out your notebooks and pens!

Chad Ashley from Greyscalegorilla was recently inspired by the animated movie, "Spider-Man: Into the Spider-verse" to create an Arnold shader in the same style. In this tutorial, Chad explains the technique use to create the film and then shows you how to re-create that look in Arnold.

Get started with Arnold and Cinema 4D. We're featuring a few useful and fun tutorials for new users and more seasoned users alike.

A couple of weeks ago we did some features on Cinema 4D and third-party renderers that work with Cinema 4D. Today, Arnold.

5 Tutorials about Creating Glass in Maya with Arnold’s aiStandardSurface

There have been multiple times in my career when I’ve been asked to create glass, whether it be for a product video, or for motion graphics with a logo in glass, or for visual effects where I’m turning a person into glass. The important thing is to make the reflections look natural.

Working with Arnold AOV’s in After Effects

Maghdad Asadi has a new overview video on working with passes (AOVs) from Arnold in After Effects.

This page contains several tutorials about installing Arnold Render, render settings you should use, saving the render and things like ray depth, viewport settings, and anti-aliasing.

Understanding Depth Of Field in Arnold and Maya

This is a free excerpt from a course from Mograph Plus and Kamel Khezri. Learn about how to set up Depth of Field properly in Maya and Arnold.

Daniel Danielsson is a Freelance Director / Motion Designer who is based in Hertfordshire, which is north of London, England. I'm not sure how much snow and ice they get there, but Daniel has some fantastic Cinema 4D tutorials on creating frost and ice.

Speed up your HDRI Workflow in Arnold with HDRI Link

Arvid Schneider puts out some fantastic Maya tutorials and this one seems especially seasonally appropriate, as I look out my window. He explains how to set up a realistic looking snow shader with Maya and Arnold.

Rendering in CINEMA 4D - Which to Choose

With all the different renderers out there, it’s sometimes difficult to determine which is the best for you and your needs.  Chad Ashley from Greyscalegorilla has a breakdown of the pro’s and cons of some of the renders GSG recommends.  Read an excerpt here and follow the link to the full article.

Arvid Schneider explains how to set up a lifelike human skin shader with the aiStandardSurface shader, and it’s a lot easier than you may think!

Where Did Arnold Go?

I ran into a little problem after updating to Maya 2017. Arnold Standard Shader was missing! If this happens to you, this is an easy fix!

Arvid Schneider explains lighting and shading a scene from start to finish with Arnold 5. "I am using an arnold learning scene with a fishbowl. Creating shaders and mixing them together."

In this tutorial, from Mograph Plus, you will learn how to render realistic explosions and smoke in Arnold for 3ds Max using the Arnold Volume.

In this tutorial by Romain Chauliac, you will learn the proper workflow to get your Substance Material to look exactly the way you want it to in Arnold Render 5.

This is the last one for this tutorial Tuesday. Simulate a bunch of worms in Autodesk Maya from noorvfx.com.