The Sweetest EQ of All Times

On the occasion of its fourth anniversary, we have decided not only to update this technological gem and thus significantly improve its performance, but for a limited time, we are offering it to you at an exclusive intro price.

We have optimized and improved the tube simulation part of DSP as well as substantially improved CPU consumption. This allows you to have up to four times more RZ062 equalizers in your project. Calibration is now available as an audio parameter instead of an internal setting. Still, the default calibration value mechanism has been kept. We’ve also added an AI zoom option and extended support for the latest operating systems and DAWs. 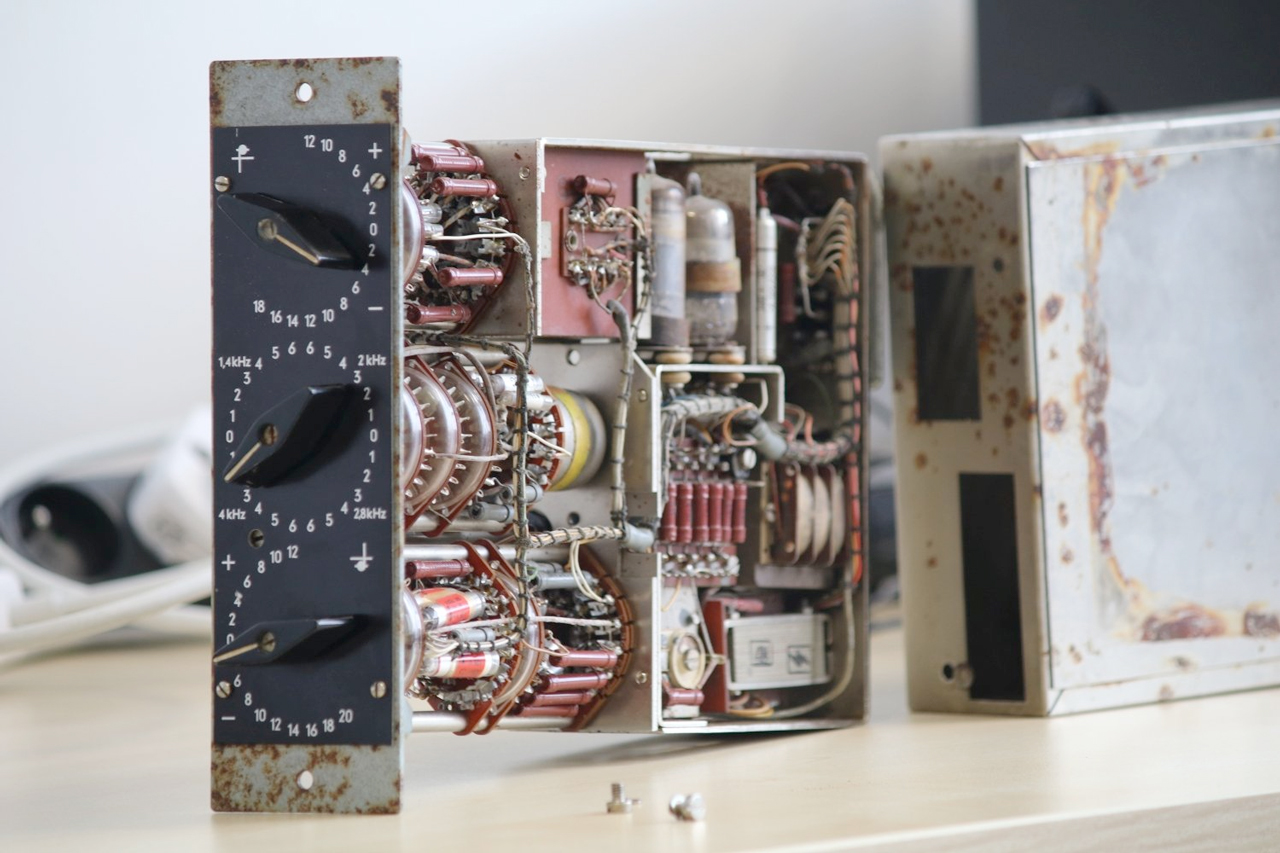 The RZ062 Equalizers were originally (in the 1960s) designed in Germany for installation in mixing consoles. They were supposed to permit arbitrary modification of frequency response in sound recording and reproduction in order to eliminate undesired studio acoustics, noise, or to produce certain acoustic impression or tonal colouring. Soon they accommodated in top European studios. Now, these 6lbs 300V powered units are extremely rare. Due to their inaccessibility and unmistakable sound, their price climbs over $12.000 per pair. But thanks to our precise circuit modeling technique, these jewels can return to your projects.

“The presence filter of the ‘B’ is absolutely brilliant! One of the most ear-pleasing (and EYE-pleasing!) EQ’s I’ve ever used.” — Tony Vincent

Modern equalizers are just equalizers, modifying specific frequencies, not aware of the signal harmonics. And even if you were to combine such a modern EQ with a valve preamp, you’d never achieve the sound of RZ 062.

RZ062 is quite different. Instead of the colorful GUI of the modern equalizers, RZ adds wonderful color to the audio material. The change of harmonics produced by the valve is combined with the change of spectrum adjusted by the EQ. And it isn’t a simple thing like a valve followed by an LRC circuit; the combination is quite complex. All precisely modeled, including these unique characteristics.

The RZ062a and RZ062b modules differ in the function of the central knob. The a-module middle handle rotates the entire frequency curve by around the central point (650 Hz). When the bass frequencies are raised, the trebles are simultaneously lowered.

The b-module is even more complicated. Its presence knob lets you choose one of four frequencies (1.4, 2, 2.8 and 4 kHz) and adjust their gain at the same time. This parameter helps your sonic material to cut through very gently and sensitively.

To create these amazing plug-ins we had to emulate more than 200 circuit components. That includes 3 triodes, input and output transformers. It is not just any circuit but someone did a great job focusing on the details. Each part has its own thoughtful meaning. For RZ062 we used so called white box modeling. We described the whole circuit with complex math equations based on the circuit analysis. Eventually, the overall model was fine tuned by measurements and component-values fitting algorithm. to find as the closest model to the real device as possible.

“Using the RZ062 EQ is almost too easy. It’s sweet and natural with no bitter aftertaste – all you have to do is pour it on.” – Baby Brown

RZ062‘s place is everywhere where extra bass, treble or presence is needed while improving the overall colour, smoothness, and tightness of the sonic material. RZ062 is incredible on vocals, bass or acoustic instruments.

But due to the advanced controls – the independent left/right channels tweaking or mid/side operation – the main point of the RZ062 EQs is the top quality mastering purpose.

Listen to the RZ062 Samples

RZ062 Equalizer is iLok protected. The hardware key is not necessary, only the License Manager. Please refer to our guide to see how to activate the trial and full versions.

Audified has optimized and improved the tube simulation part of DSP as well as substantially improved CPU consumption. This allows you to have up to four times more RZ062 equalizers in your project. Calibration is now available as an audio parameter instead of an internal setting. Still, the default calibration value mechanism has been kept. They’ve also added an AI zoom option and extended support for the latest operating systems and DAWs.