Chaos V-Ray for 3ds Max is the world’s most complete 3D rendering software for high-end visualization and production.

V-Ray for 3ds Max is a production-proven rendering software. Known for its versatility and ability to handle any type of project — from massive, dynamic scenes having thousands of lights to a sublime still life – it is the go-to solution for artists and designers across 3D industries.

Award-winning rendering technology for any project.

For truly photorealistic renders, you want a raytracer that’s built for quality, optimized for speed, and ready to scale. V-Ray gives you the power to work with lightning-fast interactive and heavyweight production rendering—all while getting the most from your CPU and GPU hardware.

Built to handle your toughest scenes.

When you’re working with the biggest scene you’ve ever seen, you need a renderer that won’t let you down. Billions of polygons? Thousands of lights? V-Ray can handle it all. Render anything and everything with V-Ray. Adaptive Lights, Proxy Objects, Distributed Rendering— an arsenal of production-proven features when you need them.

Post-process your renders without the need of a separate tool.

V-Ray equips you with a complete set of lighting, shading, and rendering tools—all integrated with 3ds Max. The redesigned V-Ray Frame buffer with light mixing and layered compositing means you only need to use one tool for more than just rendering — no need to go back and forth between different apps.

Free up your machine with quick and easy cloud rendering.

Turn your computer into a supercomputer with easy access to cloud rendering directly from V-Ray. Keep working on your designs and render on the cloud.

Work seamlessly with other software.

V-Ray is compatible with all the most popular 3ds Max plugins — Substance, Forest Pack, Railclone, Ornatrix, Tyflow, Phoenix FD, and more. V-Ray is also the perfect fit for any pipeline with support for open standards such as Alembic, OSL, OpenColorIO, and now ACEScg.

Need Render nodes or a Rental of V-Ray Next for 3ds Max?

Relight and composite from a single render.

Powerful CPU and GPU rendering built for the demands of high-end production. V-Ray GPU CUDA renders on CPUs as well as GPUs to take full advantage of all hardware. 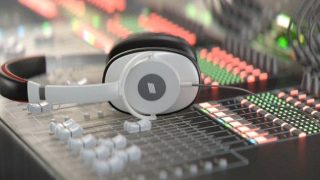 Render scenes directly to the cloud with a push of a button. 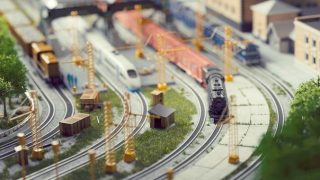 You can stop your render at any point and pick up where you left off. 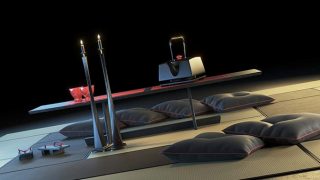 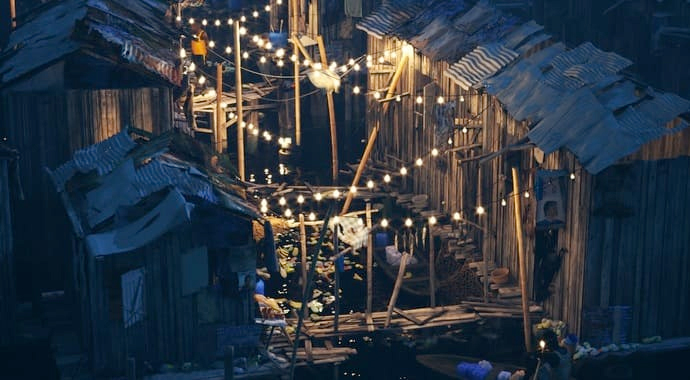 This new algorithm dramatically speeds up rendering in scenes containing many lights.

Choose from several global illumination options – exact, approximate or a hybrid of both.

Simulate any type of natural, artificial, or image-based lighting with a wide range of light types.

Fast and accurate simulation of real-world camera lens effects like bloom and glare with dust and scratches. Fine-tune lens effects interactively while you render. 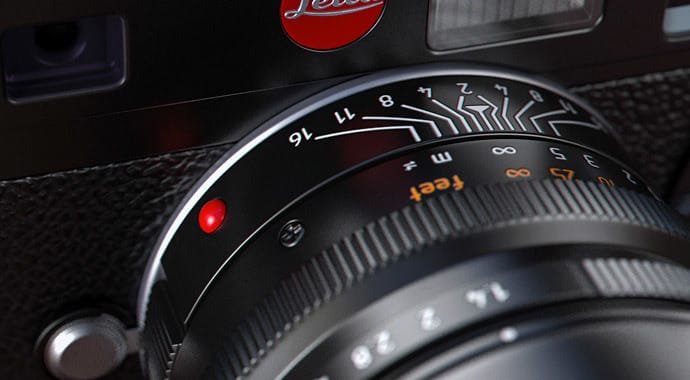 Perfect renders are as easy as taking a snapshot with new Automatic Exposure and White Balance settings.

Real-world camera controls let you work like a photographer. Render images with detailed depth of field and cinematic motion blur. 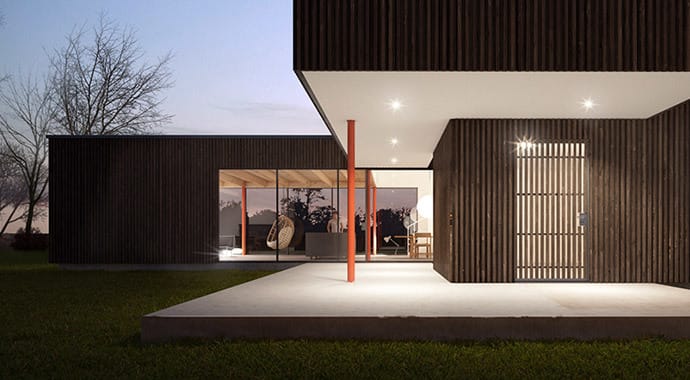 Render more realistic-looking hair with accurate highlights. Use melanin color as a base and Glint and Glitter controls for additional highlights. 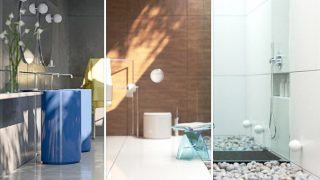 Create any type of physical material. From multilayered car paint to accurate subsurface scattering, you can make any material imaginable. 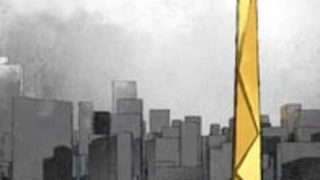 Quickly add cartoon and cel-shading effects to your 3D projects. 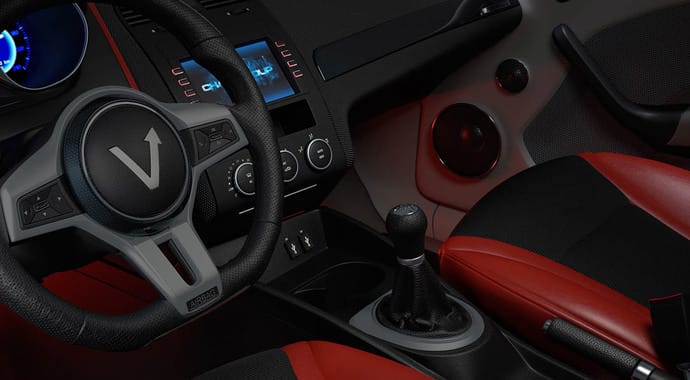 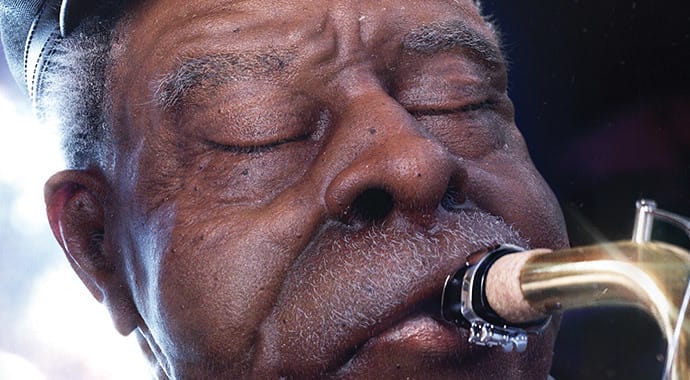 Work with production-ready, multiresolution tiled textures from your favorite applications, like MARI, Mudbox and Zbrush. 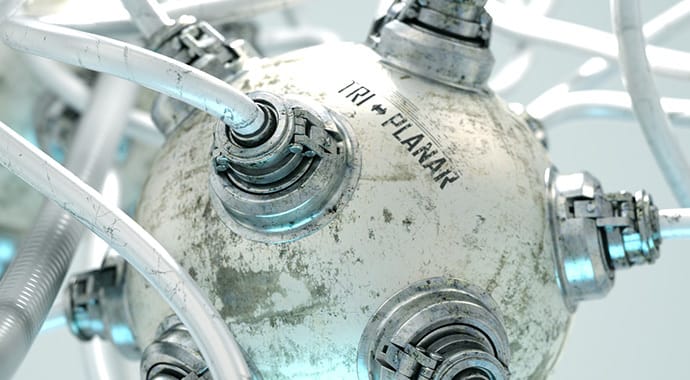 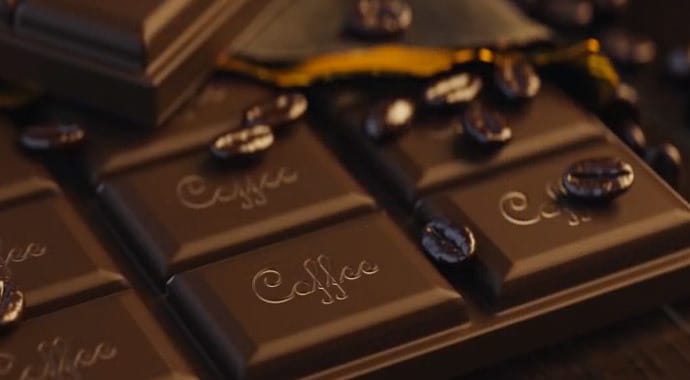 Generate perfectly smooth edges at render-time with no extra modeling. 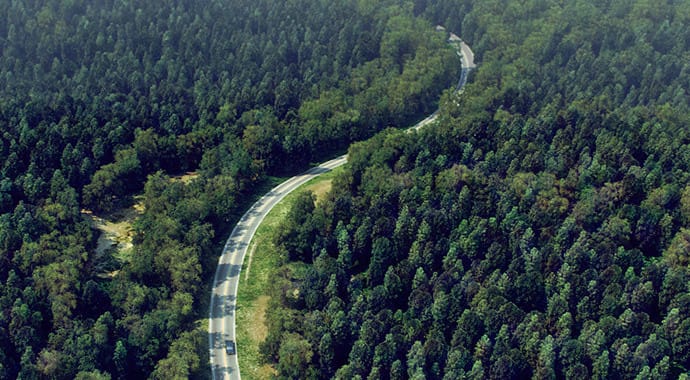 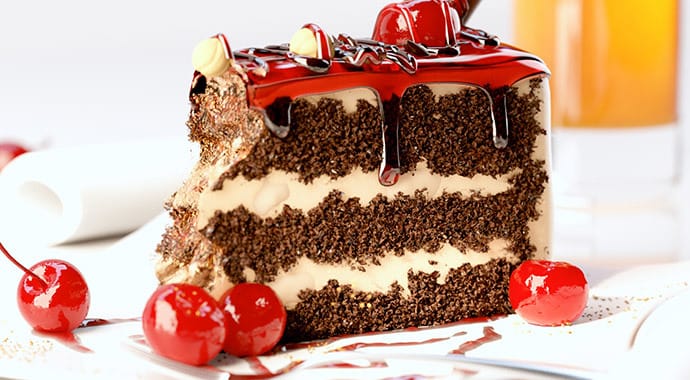 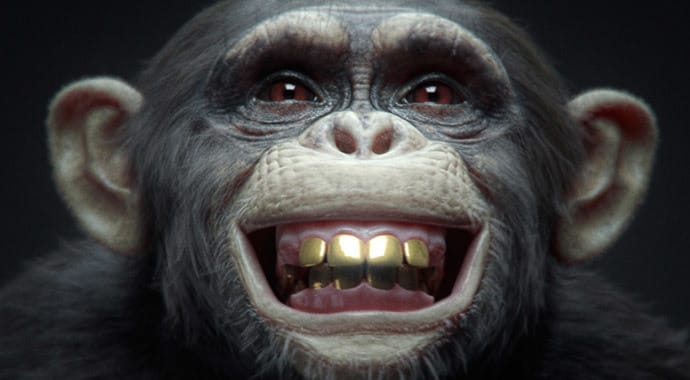 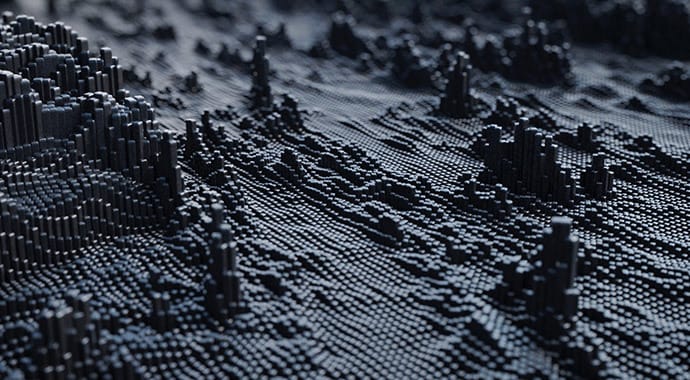 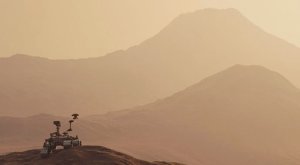 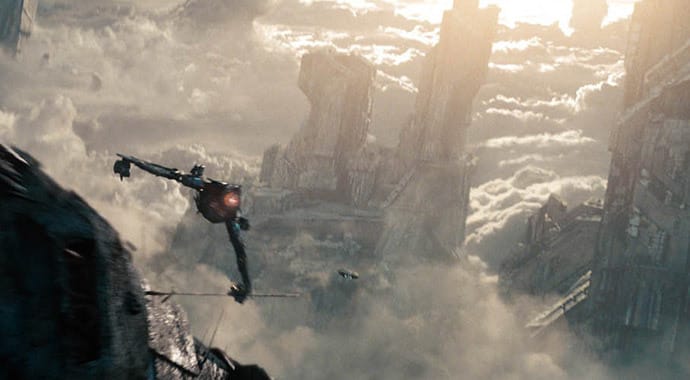 Choose from nearly 40 unique beauty, utility and matte passes to give you more control over your rendered images in compositing. 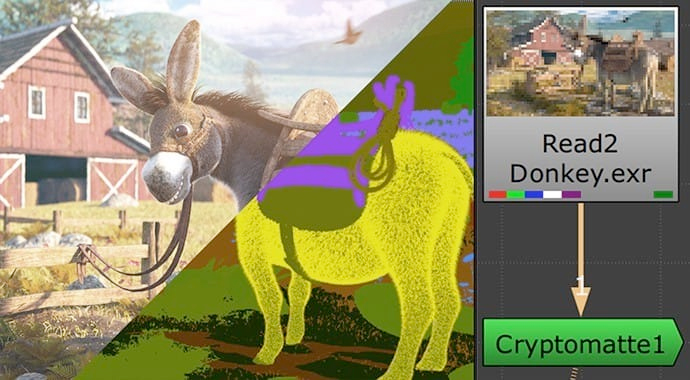 For more information, please refer to V-Ray Next for 3ds Max Compatibility Diagram below: 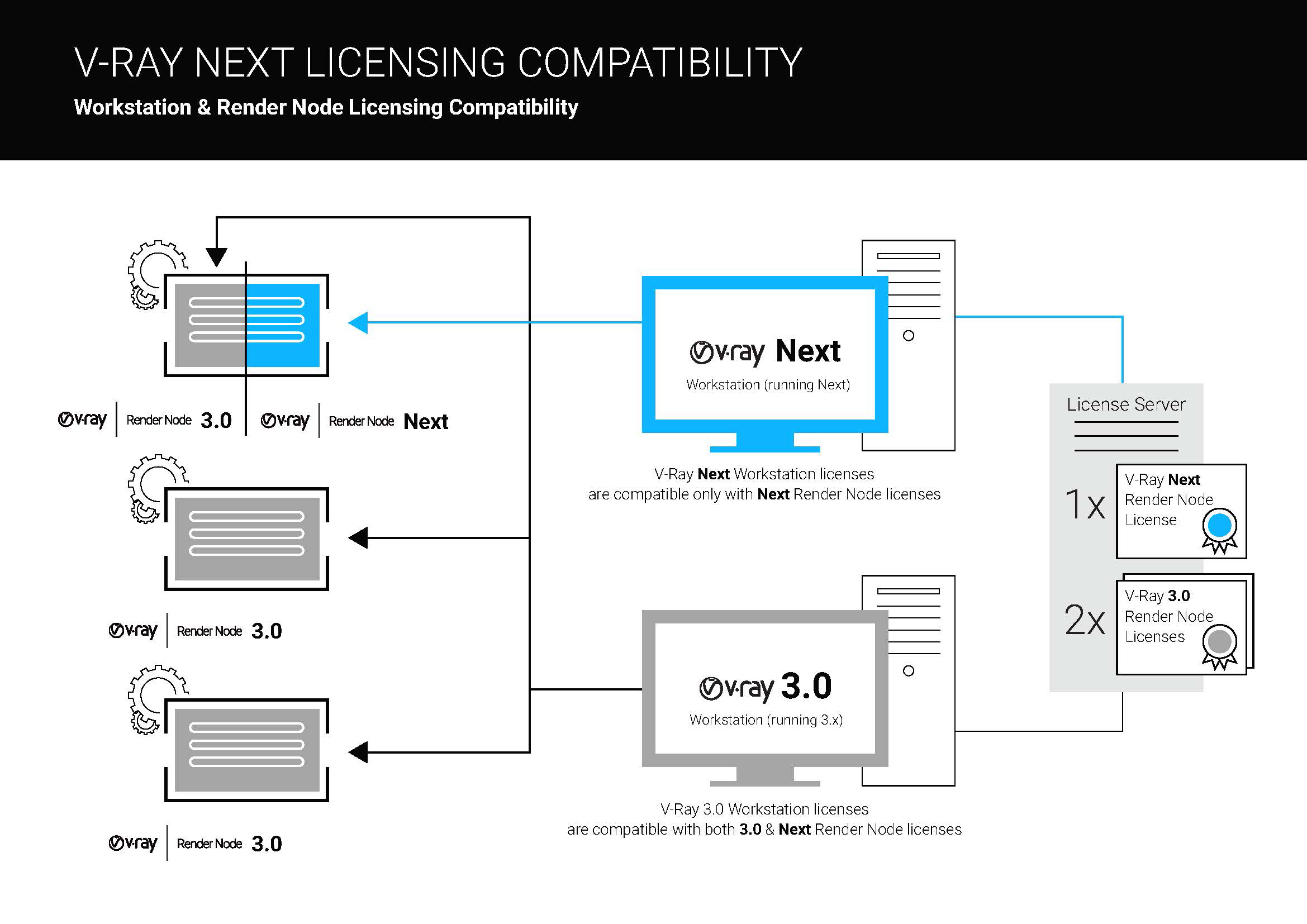 Toolfarm can only sell Chaos Group products to customers in North America (Canada, USA, Mexico). If you’re outside of North America, please visit Chaos’ website to purchase or find a reseller.

Keep working while you render with fast new viewport IPR. Interactivity in V-Ray IPR on CPUs is now faster and supports atmospheric effects.

New glare and bloom lens effects have been fully redesigned to be faster and more accurate.

Improved lighting passes provide consistent, artifact-free results that are independent of light sampling as well as better support for the Adaptive Dome Light.

VFB color corrections (incl. Background and LUT) can be saved with the final render as raw .vrimg or OpenEXR files. LUT strength can also be controlled.

Mario Cameras shows you how to render a convincing underwater swimming pool shot in V-Ray for 3ds Max, with fog and caustics.

Introduction to V-Ray Next for 3ds Max #gettingstarted

This V-Ray Next for 3ds Max tutorial covers how to set up, light, and render an interior day scene, plus info on V-Ray Denoiser, and more!

Learn how to set up your renders with the optimal settings for 360° video with 3ds Max and V-Ray. There are two tutorials for reference.

Creating accurate, realistic leaves in 3D is difficult because of all the subtle differences present in the natural world.  TILTPIXEL partner Ramy Hanna explains the best tools and techniques to use in V-Ray for 3ds Max to get “impeccable results.”

This step by step tutorial teaches you how to use Forest Pack’s “Forest Color” map features plus a bit of customizing, to create macro-photorealistic sand.

Hammer Chen shows you how to create a rusty metal shader with V-Ray 3.3 and 3DS Max.

Paul Hatton takes a look at V-Ray’s render elements and how to composite them into After Effects.