Now better than ever.

With V-Ray 5 for Unreal, it’s never been faster or easier to take your V-Ray scenes into Unreal’s real-time engine. Chaos’ smart technology gives you our most flexible and efficient light baking workflow to date, while effortlessly handling the material conversion.

Try all Chaos Software for free

New features in V-Ray 5 for Unreal

V-Ray 5 gives you a new level of control over light baking. Now, in addition to Preview, Medium, and High-quality presets, you can completely customize your render settings. This means you can fine-tune global illumination, sampling, and noise levels so they’re optimized for your specific project.

Post-processing is built in.

V-Ray 5 introduces a new Frame Buffer with post-processing controls built-in. You can make color corrections, combine render elements, and add finishing touches without the use of a third-party image editor. This saves you time and helps you get the perfect look straight from your renderer.

A new Coat layer has been added to the V-Ray Material. In summary, it makes it easy for you to create materials with reflective coatings like coated metal and lacquered wood.

Now when you import objects with V-Ray for Unreal, their pivot points will remain unchanged. In previous versions, pivot points were placed at the world origin.

Select any objects in your scene and export them as a V-Ray scene. This makes it easy to transfer assets to other V-Ray applications.

For users without an NVIDIA graphics card, the Intel Open Image Denoise uses your CPU to reduce noise during interactive rendering.

With blue noise sampling, your rendered image will appear cleaner using the same amount of samples. This is especially noticeable when rendering motion blur and depth of field effects.

What is V-Ray for Unreal used for?

Key Differentiators in V-Ray for Unreal

Automatic migration of V-Ray scenes and assets from V-Ray for 3ds Max, Maya, and SketchUp to Unreal Engine Editor for existing V-Ray users within the archviz and automotive design communities.

Explore your V-Ray scenes in real-time. Render high-quality lightmaps for light baking. And render photorealistic, ray-traced images and animation. All with V-Ray for Unreal. When you render with V-Ray for Unreal, you get the exact same photorealistic quality that V-Ray is known for.

V-Ray taps into the full combined power of your GPUs and CPUs for ultrafast ray tracing.

The fast and easy way to bring your V-Ray scenes into Unreal.

If you’re looking for the best way to bring your V-Ray scenes into Epic Games’ popular game engine, then V-Ray for Unreal is for you. Simply create your scene using V-Ray and your favorite 3D application (3ds Max, Maya, SketchUp). When finished, export it. Then import the file into Unreal to explore it in real-time, virtual reality, and more.

When you import a scene, V-Ray for Unreal automatically converts V-Ray lights and materials to their real-time equivalents in Unreal Engine. You can then edit these in the Unreal Editor using familiar V-Ray controls. What’s more, V-Ray for Unreal keeps track of your original V-Ray materials and uses them whenever you render. 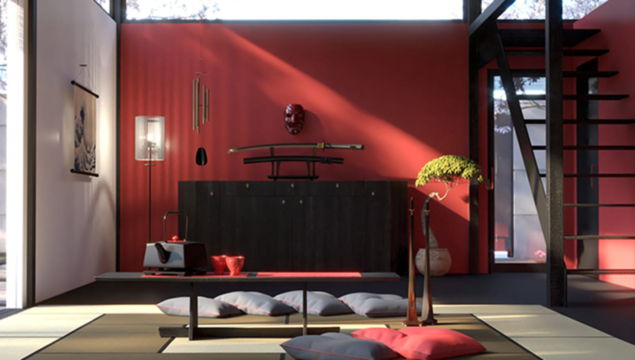 Light baking is faster and better with V-Ray.

V-Ray for Unreal can render high-quality lightmaps in a fraction of the time by distributing the rendering across multiple machines. You can render on CPUs and NVIDIA GPUs to take advantage of all your available hardware. You can also use the Chaos Cloud service for easy rendering on-demand. Because light baking is memory-intensive, V-Ray also provides an easy way for you to export your scene and render it anywhere without the overhead of having Unreal open or tying up your machine.

In addition to helpful light baking presets, V-Ray 5 for Unreal now lets you customize your settings for even more control when rendering lightmaps. 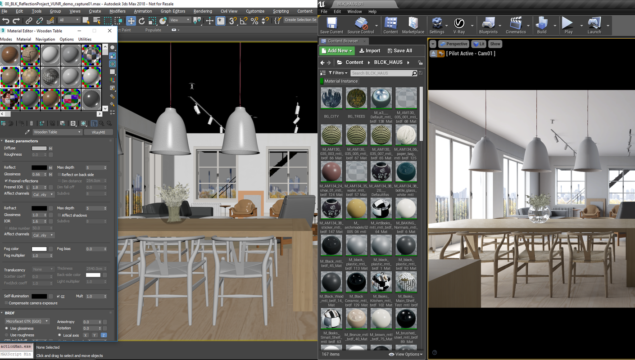 In V-Ray 5 for Unreal, you can fine-tune and finish your renders right in the V-Ray Frame Buffer. In other words, composite render layers and make color corrections, all without a trip to a separate app.

With V-Ray for Unreal, you get the best of both worlds — real-time & ray tracing

The fastest, simplest way for you to:

Now you can bring V-Ray scenes from 3ds Max, Maya, SketchUp, and Rhino directly into the Unreal Editor. And for the first time, you can render ray traced, photorealistic images with V-Ray directly from Unreal. 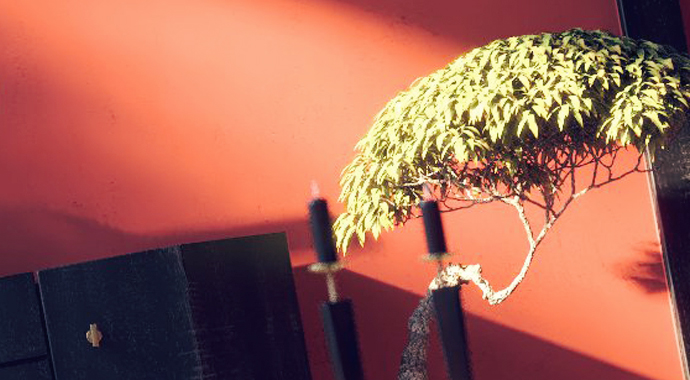 Bake your ray-traced lighting with V-Ray for the highest quality real-time illumination. 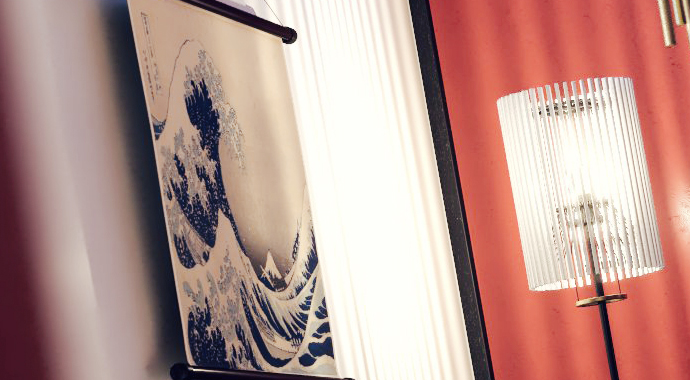 Render on all your hardware — with support for CPUs, NVIDIA GPUs, or a combination of both. Leverage the power of multiple machines working together to speed up rendering and light baking. Supports a wide range of render elements for better control in compositing. Please make sure that your system fulfills these requirements before installing V-Ray. Note that V-Ray is only supported for 64-bit operating systems.

Generates .bat file to be used in standalone rendering (info)

V-Ray Next for Unreal, update 1

V-Ray Next for Unreal

Introduction to V-Ray Next for Unreal