AutoSplit supports the most popular editing and compositing applications, including Final cut Pro X, Premiere Pro, After Effects and Motion.

Unlike other split screen plugins which offer a limited set of fixed value boxes, AutoSplit  allows you to set the scale, crop and hold position of your box to literally any value.  There is virtually no limit to the different grid arrangements you can achieve, but there’s also a great library of built-in presets to get you started instantly.

With a rich feature set including impressive border styling capabilities, AutoSplit is by far the quickest and most powerful split screen plugin effect on the market.

Built on the legacy of the popular and acclaimed Tokyo Split Animator for Final Cut Pro X, Hawaiki AutoSplit is simply the best plug-in for split screen creation and animation that you can buy:

With even more power and flexibility to help you work faster and more creatively;

And support for a wide variety of host applications, including Adobe Premiere Pro and After Effects, Apple's Motion 5, Final Cut Pro X and Final Cut Pro 7.

With simple-to-use menu-driven animation and fully customisable grid parameters, AutoSplit harnesses a wealth of powerful automated processes to make your split screen animation projects much easier and more enjoyable than ever before.

Classic is for creating an almost limitless number of different rectangular grids in the classic split screen formation;

Extended includes a variety of shapes based on triangles that can be combined to form a large number of unusual and effective layouts.

Unlike other split screen plug-ins which offer a limited set of fixed value “boxes”, AutoSplit Classic allows you to set the scale, crop and hold position of your “box” to literally any value, meaning there is virtually no limit to the different grid arrangements you can achieve. But there's also a great library of built-in presets to get you started very quickly and simply.

IMPORTANT NOTES: AutoSplit is designed to be used as a separate effect on separate video layers, meaning you cannot build the split screen with just one instance of the plug-in. Apply the AutoSplit effect to each of your video layers and use the scale, crop and position controls for each instance to build up the “grid” of your choice.

It is also important to note that AutoSplit expects your source image to be the same aspect ratio (thought not necessarily the same frame size) as your timeline. If you are using images with a different aspect ratio, remember to precompose, group, nest or compound them first, depending on your NLE, in order to present an image with the correct aspect ratio to the plug-in.

For users for FCP X, it is highly recommended that you upgrade to 10.1 to take advantage of all the features of AutoSplit. 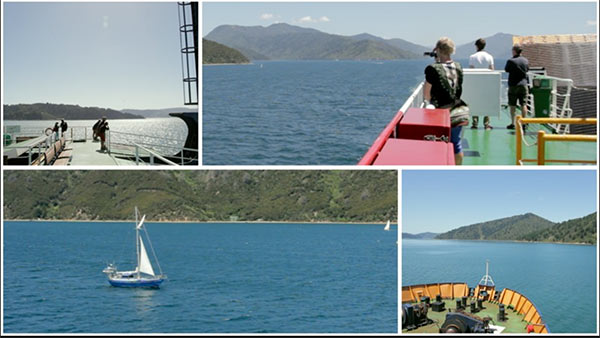