Learn the Method, Not Just The Software!

Basic to Advanced Professional use of the After Effects Camera. Rob uses two projects to explain how to animate and control the After Effects Camera in a 3D environment. The first takes you through a winding art gallery and out a picture window. The second builds upon techniques explained earlier and features a very cool Easy 360 degree Tracking Shot around a rock band. Rob uses clips from Crowd Control from All Bets Are Off* in the training to demonstrate how you can combine live video with stills and the camera for a convincing 3D composite in After Effects. 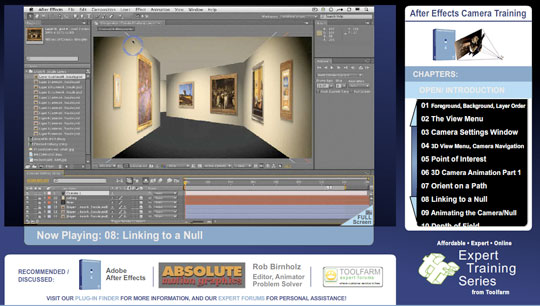 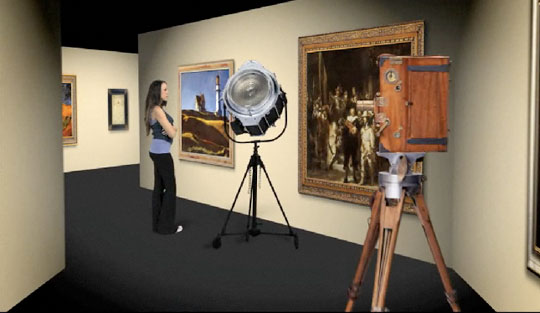 Rob Birnholz is owner of Absolute Motion Graphics, Inc., located near Orlando, FL. He has more than three decades of production and post experience for broadcast, corporate and special venue projects. Working in After Effects and Final Cut Pro, Rob is widely known for creating high-end looks and effects without having big-time budgets. He is a frequent guest speaker at user groups around the country, and many of his After Effects tutorials have been featured on the Digital Production Buzz newsletter. Recent projects have been delivered for clients including T-Mobile, Walt Disney World, Kodak, General Motors, Long John Silvers, KFC, Subway, Cricket Communications and The Palm Springs International Film Festival.

*Note: The Crowd Control video clips are replaced with stills in the project files.