entropy:EQ+:  The new dimension of EQing simplifies the post-production of harmonic and noise components of audio recordings – freely adjustable and within seconds. 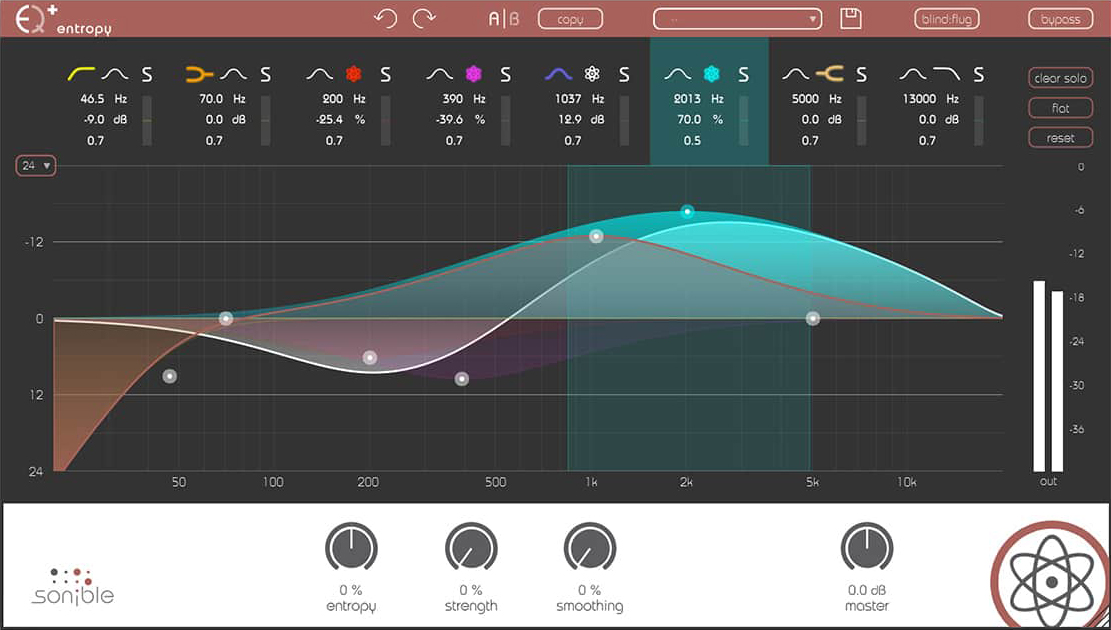 The entropy:EQ+ simplifies the editing process for the impact noise of drums, guitars and other plucking instruments, and introduces you to a whole new world of postproduction creativity.

Striking percussions at the touch of a button

By detecting different sound components of an audio track, entropy:EQ+ makes it possible to isolate single drums within a set or percussion group. In this way you can, for instance, refine the rim click or the solo on the toms. The sophisticated algorithm recognizes even the slightest attack sound. The smart plug-in equips you with the tools to manipulate select frequencies ranges in isolation from each other.

Crisp speech in any language

From the original track of a TV report to the whispered finale to your new song, the entropy:EQ+ takes care that every word stands out clearly and intelligibly in your mix. This is achieved by amplifying noisy consonant sounds, thus ensuring optimal intelligibility of speech. The plug-in assists you simply and easily by accentuating the inharmonic components of speech.

Strumming or muting your strings

Sometimes, a recording thrives on the groove produced by the string instruments – whether the plectrum-sound of an electric guitar or the rhythmic plucking of a violin string. At the other times, the very same impact noises ruin the harmonic sound of a recording. In both cases, entropy:EQ+ equips you with a comfortable solution by allowing you to tone down or amp up the rhythmic attack.

This short tutorial shows you how to improve badly recorded voices with the EQ+ series in a few simple steps. Products covered in this tutorial include smart:EQ+, proximity:EQ+ and entropy:EQ+.