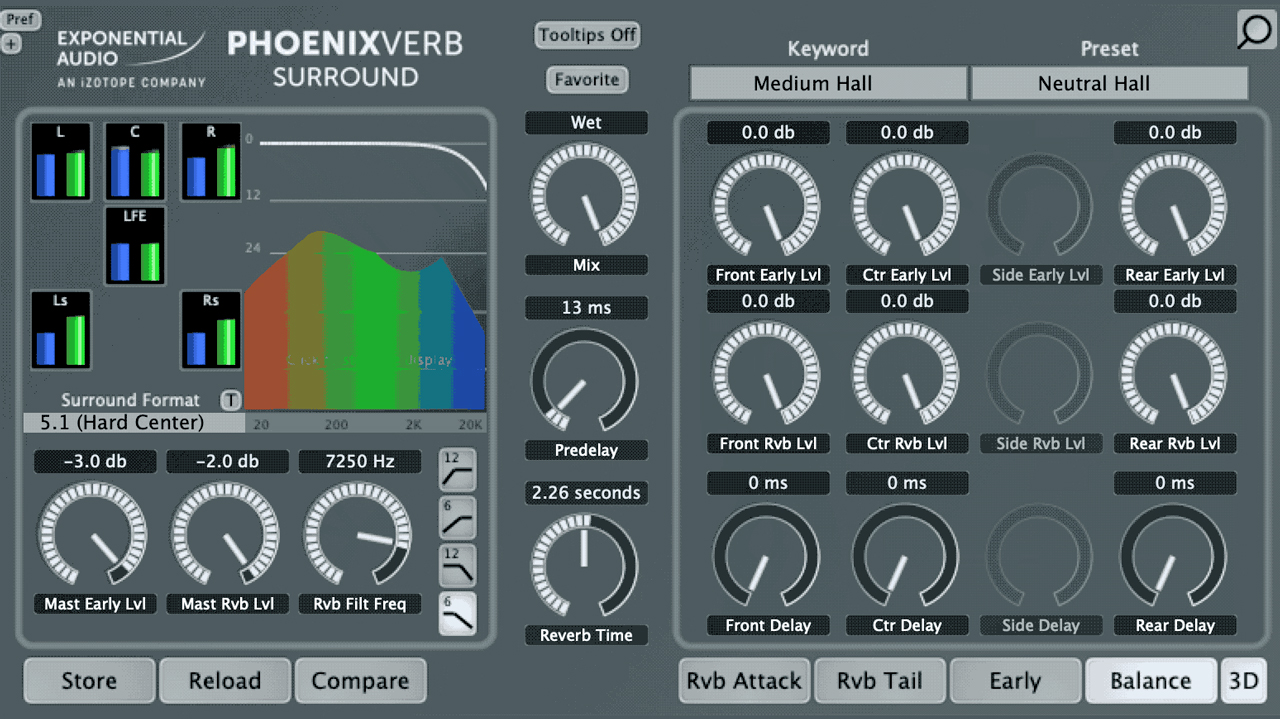 PhoenixVerb Surround’s intuitive multichannel controls and extensive preset library bring you versatile, natural-sounding reverb in stunning surround. This is the signature transparency of PhoenixVerb, now with multichannel support up to 7.1 and eight early reflection patterns tailored to post production needs. From mixing dialogue and music to placing foley and sound effects, PhoenixVerb Surround’s comprehensive interface and advanced surround controls make it the perfect tool for any audio post job. 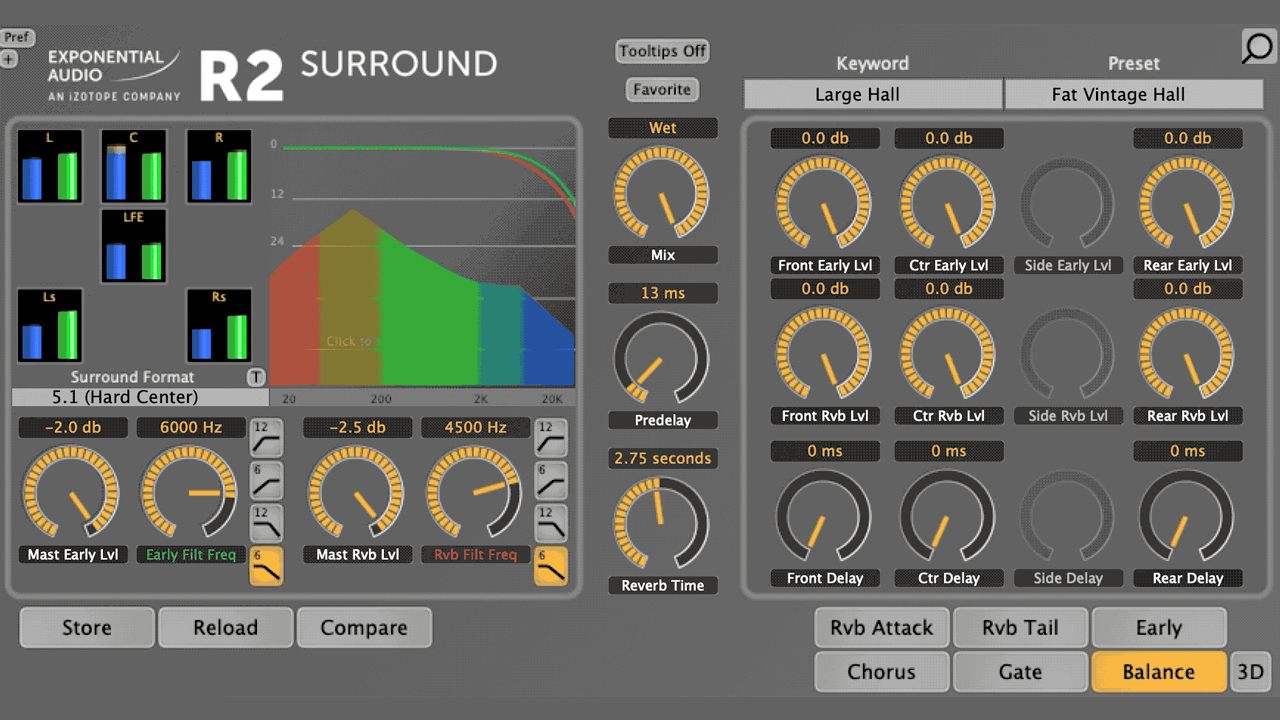 Bring new life and personality to your multichannel mixes with R2 Surround. This character-filled reverb is built to meet the demands of any surround music or post-production project, no matter how complex. Use the 3D Link expansion feature to connect multiple instances of R2 Surround for control over your entire multichannel mix, choose from eight early reflection patterns, then add shimmering modulation to your reverb tail for added depth and motion. 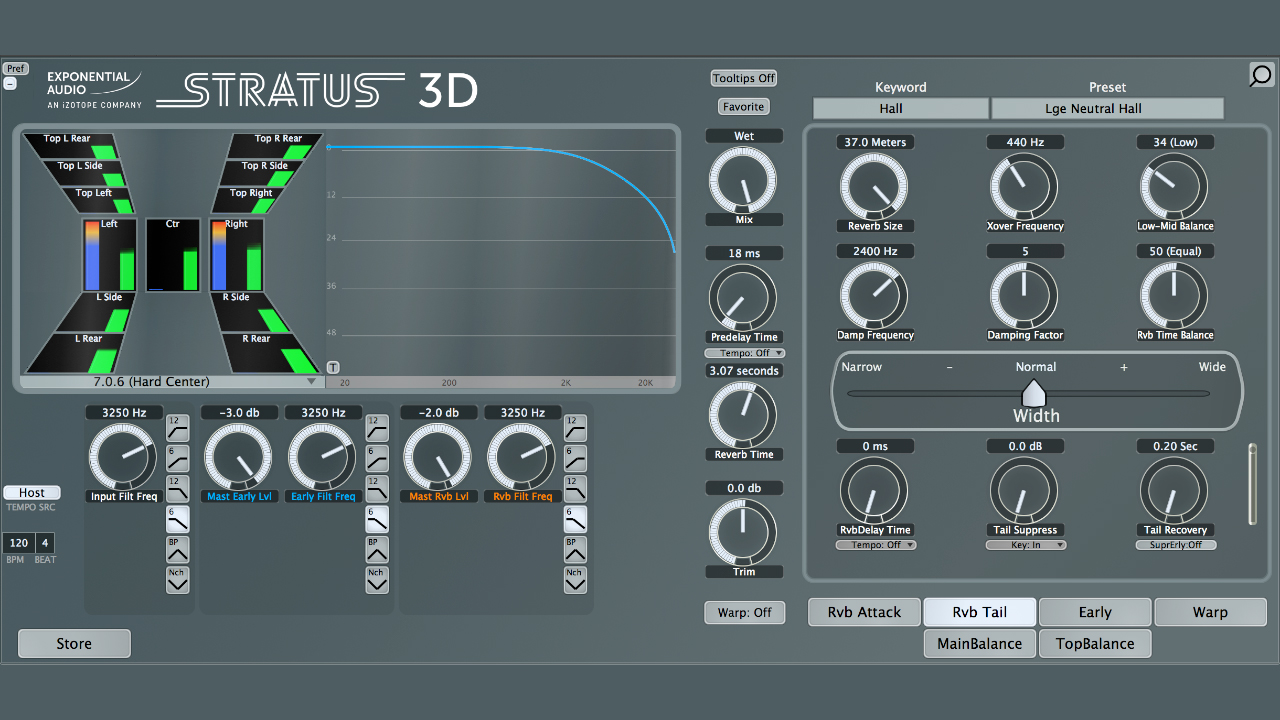 Create immersive surround environments with unrivaled clarity using Stratus 3D. With up to 24-channel support, over 1,700 surround presets, and intelligent multichannel reverb controls, use Stratus 3D to get just the right amount of depth and dimension in any post production job. Stratus surpasses PhoenixVerb Surround with an improved reverb engine and added effect parameters to bring you even more sonic versatility. 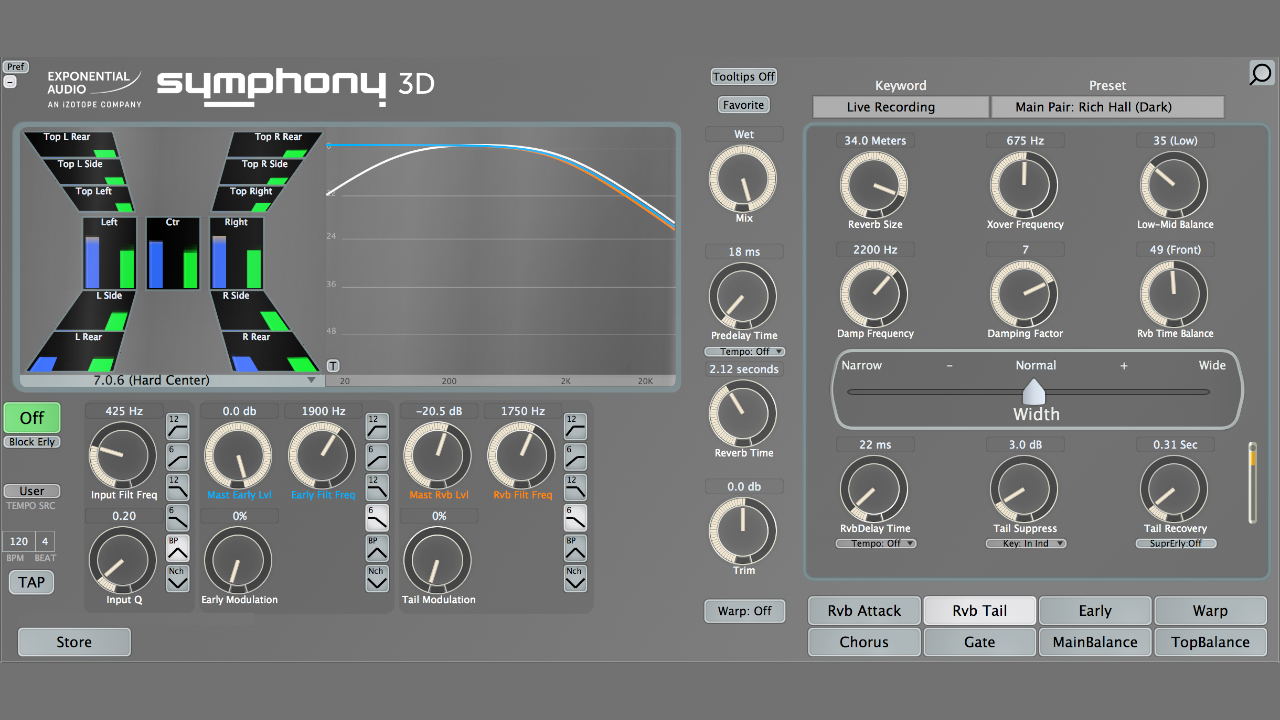 Our lush, colorful reverb engine gets a 24-channel upgrade in Symphony 3D, bringing rich modulation and dynamics effects to any surround music or post production. With channel-specific Balance controls and an expanded Warp section with Compression and Overdrive modules, Symphony 3D combines the creative power of R4 and R2 Surround while pushing their capabilities even further.