Tracking Professionals throughout the VFX industry regard The Pixel Farm PFTrack as the most innovative product of its kind. In particular, it has unparalleled flexibility, functionality, and precision. It is the go-to matchmoving and layout software. To put it another way, it does what the competition can’t.

PFTrack is built on a rock-solid camera tracking and image analysis engine. In fact, PFTrack adds exclusive technologies that stretch far beyond the capabilities of other conventional matchmoving software. In essence, it empowers visual artists to recreate entire scenes within an accurate world space defined by real camera metrics.

Every VFX pipeline will benefit from data that only PFTrack can deliver. In other words, creative possibilities are limitless. In addition, it’s accessible within a single working environment that inspires imagination.

PFBucket is The Pixel Farm’s entitlement management system. Above all, it empowers customers with a flexible toolset to deploy entitlement tokens to operator workstations. At the same time, it manages permissions and privileges. Simply put, it allows users to access our embedded user support with ease, and downloading software installers.

Have questions? Email us at sales@toolfarm.com, or contact us another way. 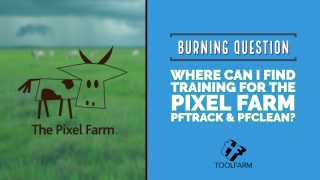 Not only is PFTrack is an innovative 3D tracking tool, but it is also highly regarded in the VFX industry.

Please note: a direct internet connection is required to install and administer the licenses using the license manager. Otherwise, licenses must be managed manually

Any license can be deployed as Floating or Node-Locked.

The Pixel Farm offers Free training for PFTrack.  There are 3 core courses consisting of multiple lessons, each with an accompanying test.