CANVAS STK meets the stereoscopic requirements of the VR medium allowing users to composite for their cinematic S3D360 films with confidence. Whether you are a creator, producer, stitcher or artist, these tools have the potential to greatly improve your workflow.

Canvas STK was developed for users that are serious about working in stereoscopic 360. It’s also the only toolset that gives users the advantage of viewing a traditional stereoscopic ‘Preview’ to confidently manipulate elements in 3D space while verifying the accuracy on a 3D projector, 3D monitor or 3DTV.

Apart from being a perfect QC tool, Canvas STK is made to allow users to create an experience with depth, both technically and emotionally.

Why not simply use the headset to preview?

The human eyes are great performers and will “fuse” any bad stereoscopic footage, you will not be able to notice any misalignment through a headset. When a 3D monitor is used you can see the misalignment (without wearing any glasses) and take action to prevent discomfort (important to avoid hurting your audience). Canvas STK also offers an Anaglyph 3D preview for those without a 3D monitor.

The S3D Settings tab:
These settings affect the entire project and all of the layers. Adjust these settings at the beginning and keep them unchanged after that.

IA Distance controls the camera separation of your After Effects project. This can be considered as the global pixel separation for all the elements added to the project (except the S3D360 media).

Zero Sphere is the point in space where your left and right images overlap perfectly and where the stereoscopic effect disappears. It’s usually quite far from the camera.
If the Zero Sphere is very far back in the scene, you may want to increase this value to something closer to 6000. It all depends on your stitched images.

Selected 3D layers:
When you add a 3D layer in your ‘Working’ composition such as a text or logo, you’ll be able to move it in space with the two sliders: ‘Distance to Camera’ and ‘Scale’.

Some handy buttons are:
All the buttons are quite self explanatory and the ones you’ll be using the most are :

Grid Settings:
The Zenith and Nadir are monoscopic on all 360 cameras but the progression from S3D to the monoscopic poles varies from one camera to another and can be modified in the stitching process.

These allow you to place your compositing with precision and within the S3D Safe area (where the image is still stereoscopic). You can also change the grid color for ease of use.

When you create a text layer using the button from the S3D settings tab and click on orient towards camera button, your text will be positioned on the Zero Sphere (Left and Right eye match perfectly)

Using the distance from camera value you can move it in front or behind that Zero Sphere. Don’t forget to check around your footage as you want to find the furthest point of the Zero Sphere. As we explained above the Zero Sphere is not a perfect sphere.

Finding the Zero Sphere when you start your project allows you to safely create layers and you’ll never hit that uncomfortable misplacement in space. After that you can simply use the grid as a reference.’

S3D layers are stereoscopic layers that can be created from the Canvas STK interface.

These layers are formed by omni-directional stereoscopic images to be composited with your S3D360 footage.

It could be a logo, a green screen subject or a rendered 3D model, as long as it has a Left and Right eye. Monoscopic media can also be imported by simply selecting the Left eye again in the Right Eye dropdown.

Name your layer and click Add, the layer will appear under “Manage S3D layers”

Every S3D layer generated from the S3D Layers tab has an extra parameter available to further adjust its depth in the scene.

Only the layer that you have selected inside the “Manage S3D layers” listbox. The layer will automatically be deleted from your working composition as well.

In the event that the Left and Right eye source media was mislabeled, you can click this button to flip them and correct the problem without having to recreate the S3D Layer.

Placing your S3D layer in space:

The most effective and accurate way of properly placing your S3D layer in space is to use the S3D Settings tab “Distance to Camera” and “Scale” values.  Remember to select the layer you want move in space in your ‘Working’ composition timeline.  Using a 3D monitor or a 3DTV for this fundamental task will give you the most accurate results.

From the Project tab, change your ‘Preview’ to Side by Side (squeezed), a common format from the S3D movies compatible with 3DTVs , 3D monitors and 3D projectors.

Placing objects in space in your stereoscopic 360 scene using a 3D monitor is not only the most accurate, but also the fastest and the most comfortable way for your eyes.

Final output. We suggested all along to work without your headset but now it’s the moment.

It’s time to check your work on a viewing device similar to the one your audience will experience your VR film.

For viewing on your headset you’ll choose Top/Bottom in the output format dropdown menu.

We also allow you to export in various formats (not all of them will be compatible with your headset).

This is a setting for the stereoscopic quality of the output composition:

Create your output and view it with your headset.

If you notice some vertical splits in your composited images, this could happen when your s3d layers are too close to the camera, you can turn the quality setting to higher values.

The value of 8 should work just fine for most situations.

Please be aware that this setting will not fix any issues from your background stereoscopic 360 footage, it applies only to the layers you’ve added to the project.

Canvas STK was developped to provide you the same compositing accuracy available for S3D movies .

For that reason it allows you to use that same professional equipment in post-production to reach that level of detail that is specific to cinema.

Many post-production houses have several 3D monitors in their suites, probably most of them are used rarely for their 3D functionality. With Canvas STK you’ll be able to use them again for what they are intended for and with S3D360 video you’ll have a chance to use them more than you ever did.

Humans have two eyes and until our eyes will be replaced by bionic super-eyes we’ll always percieve depth through our stereoscopic vision.

The language and subtleties of stereoscopic imaging are still being explored by University researchers and artists all over the world. We can enjoy this great wealth of knowledge and research available to increase our own knowledge and apply it in an artistic and meaningfull way.

Please remember to preserve the audience’s eyes as much as yours . To achieve good 3D you’ll have to view bad 3D and make it better. To allow you to work for extended periods of time you will want to preview your s3d360 footage, we highly suggest you use a 3d monitor or 3d tv, passive if possible. 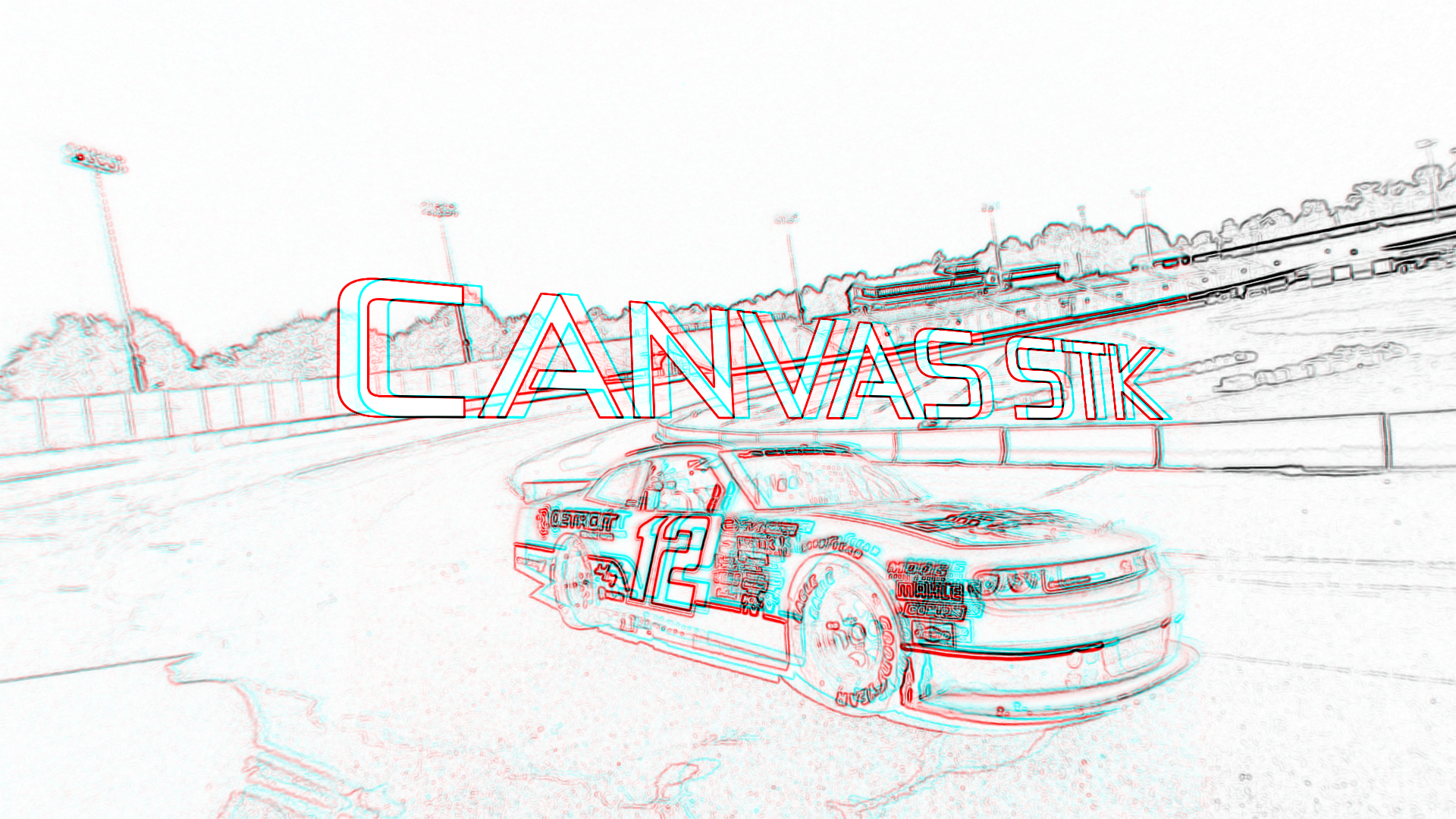 In this tutorial, Mike Sevigny will show you how to quickly and accurately add a Logo to your 3D 360, footage with Canvas STK.