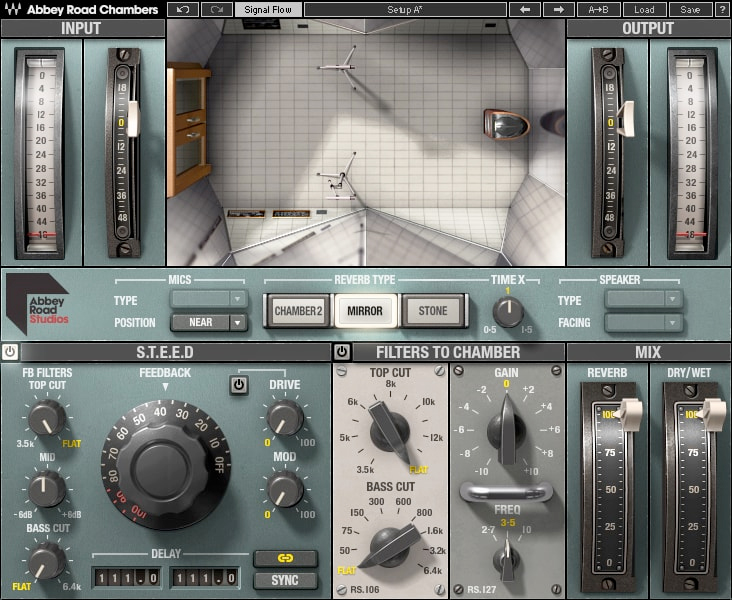 The Abbey Road Chambers plugin recreates a defining part of the studios’ legendary sonic signature – the echo chamber used by Abbey Road’s pop engineers to create exciting reverbs, delays and other unique spatial effects on countless classic recordings by the Beatles and beyond.

Developed together with Abbey Road Studios, Waves’ Abbey Road Chambers puts you at the controls of the Studio Two echo chamber, complete with the original valve Neumann KM53 microphones and Altec 605 speaker, as used on almost every pop recording done at Abbey Road during the 60’s.

Also featured is a complete recreation of Abbey Road Studios’ original S.T.E.E.D. (Send. Tape. Echo. Echo. Delay.) setup – a system designed to extend the chamber’s natural sonic palette into new territories, by splitting the signal and creating a feedback loop from the studio’s REDD console, through a dedicated tape delay, via RS106 and RS127 filters, and then to the chamber and back.

Abbey Road Chambers is designed in a modular fashion: You can send your tracks just to the chamber, or you can isolate just the S.T.E.E.D. effect, or you can combine both for the full range of sonic possibilities opened by the original Abbey Road setup.

From natural chamber reverb, to authentic tape delay, to complex hybrid effects – the door to the one-of-a-kind vintage acoustics of the Abbey Road chambers is finally open. 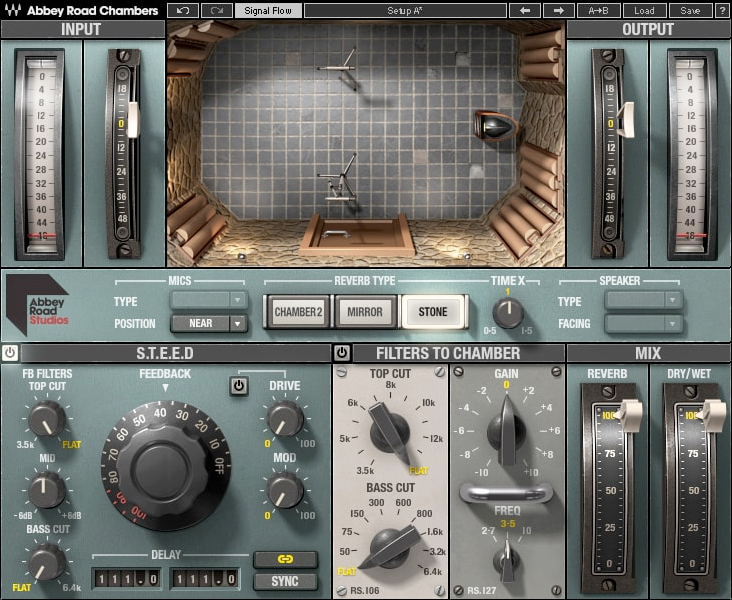