Add epic depth to your mixes and productions: The complete suite of mix legend CLA’s 4 go-to delays and 4 go-to reverbs, based on his best studio gear – all in one plugin that lets you blend, layer and internally route the effects.

Studio legend Chris Lord-Alge (Green Day, Muse, Bruce Springsteen) is a master at creating epic space and dimension in every song. And now he is giving you the key to that depth: his entire suite of reverbs and delays, in one epic plugin.

CLA Epic features Chris’s 4 go-to delays (SLAP, THROW, TAPE, CROWD) and 4 go-to reverbs (PLATE, ROOM, HALL, SPACE). All modules are based on Chris’s settings for his favorite studio hardware, which he uses in various combinations in every one of his mixes.

Whether used on vocals, drums, synths, guitars, or other instruments – CLA Epic opens the gate to more depth in your mixes and productions.

The key to CLA’s depth of sound is the way he blends multiple effects creatively – sending multiple delays to multiple reverbs on each track, and controlling the exact blend with his console faders.

CLA Epic gives you all these rich possibilities in one plugin. You can now blend CLA’s most epic reverbs and delays in the same creative manner. No need to open different effect plugins to get a rich landscape of sound: At any time, you can activate any or all of CLA Epic’s 8 effect modules, and blend them easily using the plugin’s console-type faders.

To make things even easier, CLA Epic always loads with Chris’s default settings for each effect. You can go deep and tweak all the familiar parameters (as well as some surprising ones). But first, simply load the default modules, blend in the different effects, and hear CLA magic in action.

The Secret to Depth: Send Delays to Reverbs

Chris Lord-Alge has an extra secret for mixing with depth: he sends his delays to his reverbs so that the delays become part of the overall sonic landscape.

CLA Epic lets you send any delay to any reverb, in addition to the option of running the effects in parallel. With the click of a button, you can choose to send each delay only to the Output, only to (any or all of) the reverbs, or to everything at once. Effects routing that would take hours in your DAW now takes seconds.

Over 350 Epic Presets to Get You Started

CLA Epic comes packed with 50 powerful presets by Chris himself – for your vocals, drums, guitars and keyboards. Not enough? The plugin also includes over 300 presets by Greg Wells, Michael Brauer, and dozens more top producers and engineers. 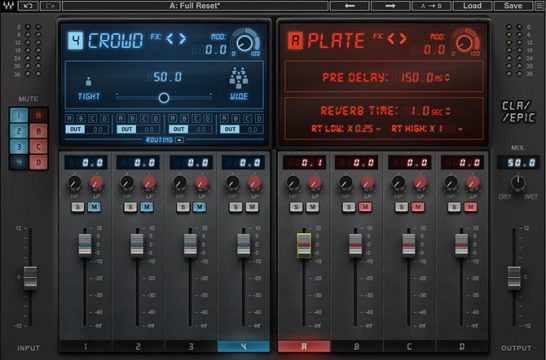 CLA Epic’s CROWD delay is a unique CLA invention, creating a series of increasingly longer delays that diminish overtime to make the source richer and lusher. It has a single control: TIGHT to WIDE.

The PLATE is based on Chris’s go-to lead vocal reverb, with control over pre-delay, reverb time, and low/high-frequency damping (RT). 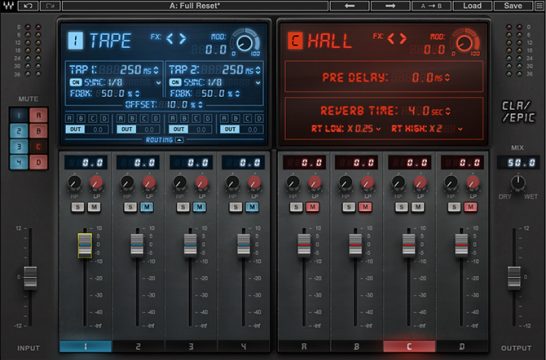 The HALL reverb is a classic effect, with the same controls as the plate but with a very different EQ curve. 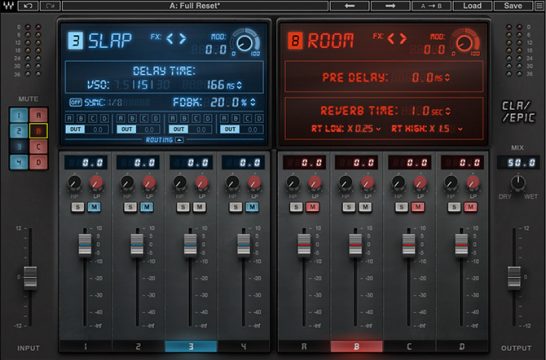 CLA’s room reverb sound is the result of several different reverb units sent together to the same bus. ROOM recreates this unique sound, with pre-delay, reverb time, and damping controls. 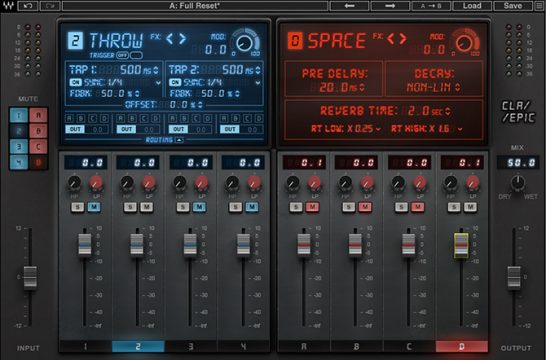 The THROW delay has similar controls to TAPE, but its tap inputs can be triggered manually or with automation. Use this module when you want to apply a delay to a specific note, word, or sound.

SPACE is a non-linear reverb, with decay from 0.04 to 3.5 ms. At its highest setting, it becomes a sensational-sounding gated reverb.

CLA Epic is the complete suite of Chris Lord-Alge’s reverbs and delays. CLA Epic includes the two modules (SLAP and PLATE) from CLA EchoSphere, but adds to them six more reverb and delay modules (for a grand total of eight), plus hundreds more effect blending and routing options.

Add Epic depth to your mixes and productions with CLA Epic. Chris Lord Alge shows you how to mix with epic depth, complete reverbs and delays