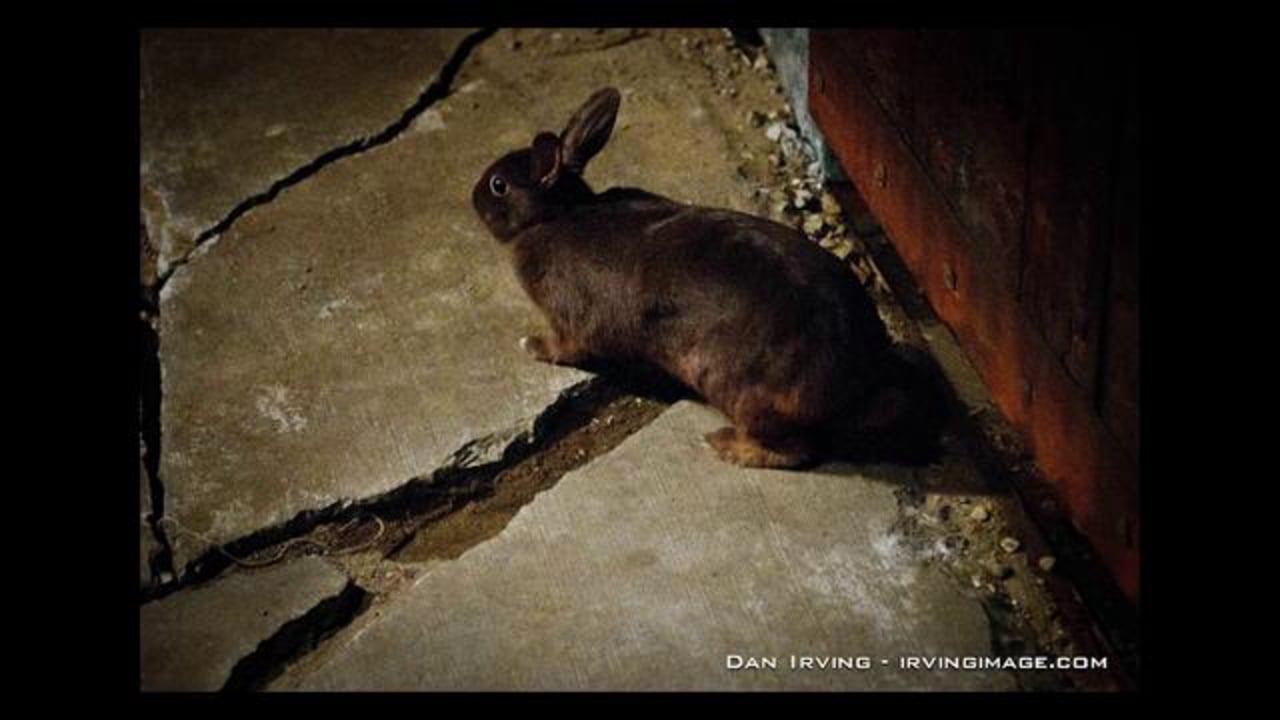 I found this 7 Stones: Rabbit Replacement breakdown when I was going through some old posts on our blog. I worked on an indie film 7 Stones, directed by Tom Norton, 7 years ago. Sadly, I ended up having to quit the production early, so if you see the film, the majority of the final special effects are not mine.

One thing that is still in the final edit is this quick rabbit replacement for the film. The original shot had a really fake looking stuffed rabbit. Some scenes used a live rabbit named Hershey but the rabbit couldn’t always be on set. The stuffed rabbit looked really fake, as it was, so I was asked if I could move the ears on the fake one.

Instead, I took a still image of the real rabbit, masked it out in Adobe Photoshop. I brought it into Adobe After Effects for compositing. With Mocha, I tracked the fake rabbit in the shot and then brought the tracking data into After Effects and applied it to a Null object. I parented the cutout rabbit to the Null. After that, I color corrected the photo of the rabbit to match the video footage, which it wasn’t even close. In addition, I used Red Giant Key Correct’s Color Match and also Key Correct’s Edge Blur to blend the edges into the background. The levels were wrong, and much too black, so I used Brightness/Contrast to make it less contrasty. Another way I matched the footage and still image was to use Match Grain. I simply sampled the grain in the original shot and applied it to the photo.

Tom, the director mentioned that the final color correction will have a blueish tint, so I used Red Giant Magic Bullet Looks to give it that night time look, for some tests

Anyway, the director of 7 Stones was really happy with the final shot of the replaced rabbit and nobody noticed the fake bunny. I was quite proud of this little shot. It was my first effect in an indie film.