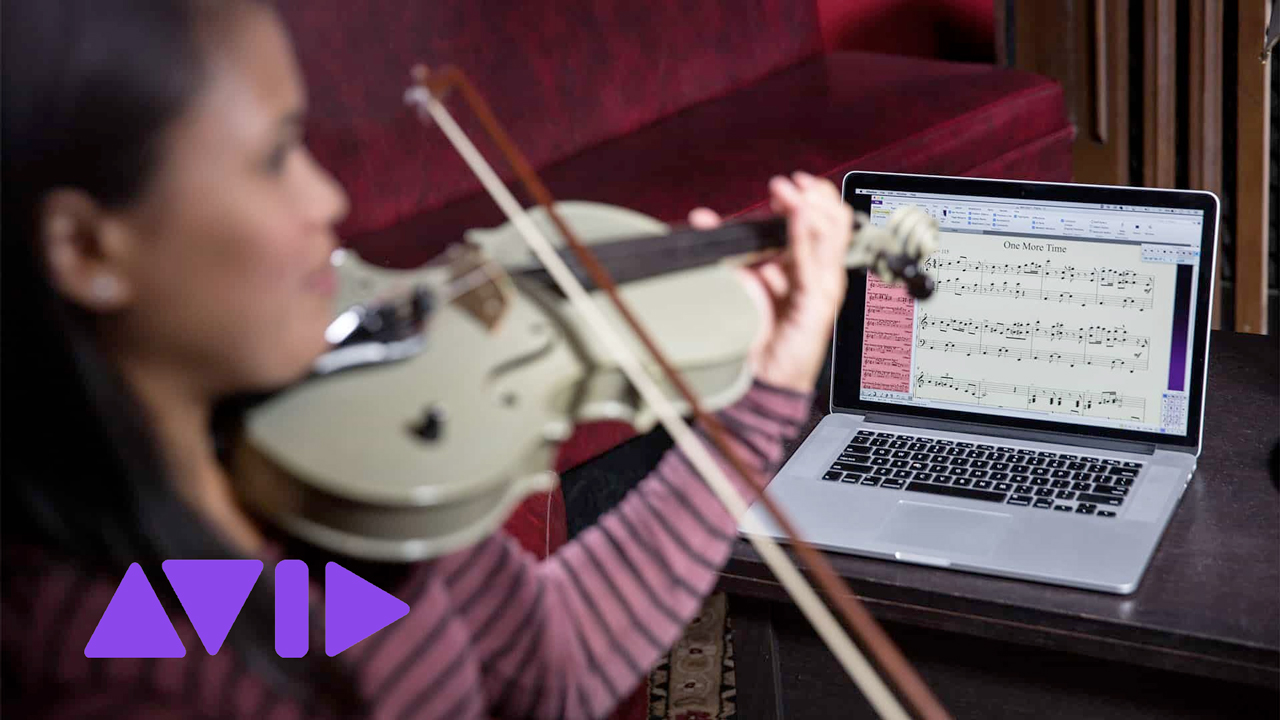 This update information on Avid Sibelius comes from Avid Blogs.

Optimize Staff Spacing has been in Avid Sibelius for a number of years now and was widely accepted as a great feature for getting a good looking score over a decade ago, but you always had to trigger it manually. Now, Sibelius will automatically optimize the space between the staves in your score to fit the music you’re writing. Combined with Magnetic Layout, Sibelius will avoid collisions when you enter or edit anything in your score.

This works with lyrics, dynamics, hairpins, pedal lines, symbols and articulations etc., saving you huge amounts of time cleaning up the score.

Auto-Optimize is turned on by default in new scores you create and will need switching on when you open an old score. This is done by clicking the new Auto button from the Layout tab of the Ribbon: 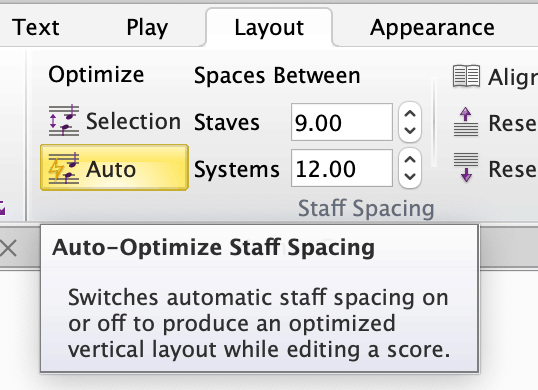 The old “Optimize” button has been changed to “Optimize > Selection” so you can still perform a one-shot optimize if you still need to. Sibelius also gives you complete control over the optimization of your score, so if you don’t need it on (for whatever reason), simply tap the “Auto” button.

You can also override the optimization, by dragging a stave, if you’re looking to tighten up a particular passage, say. Then, Sibelius will respect your change and won’t optimize that system again until you use “Reset Space Above” or “Reset Space Below” from the Layout tab. We’ve included a helpful indicator when you have Rulers turned on to indicate which staff spacing has been manually set. Consistent with automatic and manually placed System and Page breaks, the staves that are automatically spaced have a dashed ruler, and those that have been manually set have a solid line: 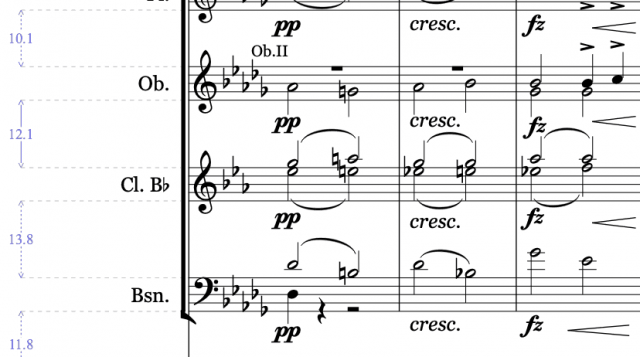 Those familiar with the old Optimize feature will no doubt appreciate a number of bugs being fixed in this area too. Writing slurs across staves, using Film Score style Time Signatures (see below to know more about these), adding comments are all ignored by the Optimize logic.

Along with the refresh of the House Styles (see below) the default space that is optimized between staves has been reduced from 1 space to 0.5. This allows you to have really nice and neatly laid out music that looks perfect.

It’s been a long time coming, and we’re pleased to finally release improvements to ties with three new styles of ties: 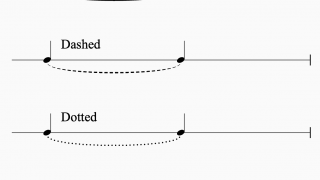 Dashed and Dotted are commonly used in choral work to indicate a difference in verses within a repeated structure or to suggest an editorial tie.

Tie-into ties are useful across a repeating structure where the last note before the 1st-time repeat is also tied into the first beat of the 2nd repeat. As with the linked ties we introduced in April 2018, these new ties are linked (and playback, of course):

To enter a Tie-into, head to the 4th keypad layout: 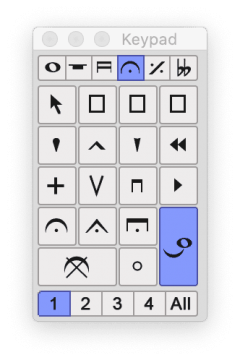 You have complete control over these ties i.e. style of tie, shape, the distance between the dots and dashes in the Inspector: 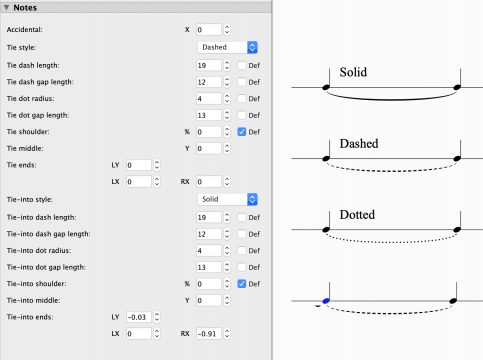 We’ve also exposed these new tie styles within ManuScript (Sibelius’s own programming language for creating plugins). You can obtain the style of any tie using the keyword “TieStyle” or “TieIntoStyle” (respectively) and you can set the style of a tie using the same keywords with one of the following Style Strings: ‘solid’, ‘dashed’ or ‘dotted’ (e.g. tiednote.TieStyle = ‘dotted’;).

To support the new ties, we’ve increased the internal file version. If you need to send someone a score that contains the new ties, you’ll need to go to File > Export and choose the version you need. 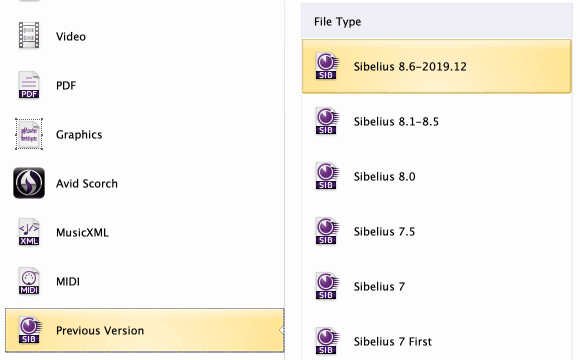 Dashed and dotted ties are converted back to solid ties (since they didn’t exist back then) and Tie-into ties are converted into small slurs to retain a similar appearance. If you’re working with someone who is going to rely on these new types of ties, it’s best to advise them to upgrade!

We have created three brand new House Styles in Sibelius to give your scores an elegant, contemporary or casual handwritten appearance. Introducing:

Each of these new House Styles has been designed from the ground up and includes several recommendations and best practices seen in the publishing and performance industries. There are too many to go through, but one noticeable change is the thickness of the staff and stem lines. These are very slightly thicker, allowing the music ‘pop’ off the page that significantly increases readability.

Our built-in Manuscript papers have all been revised to take advantage of the new styles, and we’ve included a number of changes to help you get started. There’s a new Common category that includes a Leadsheet and a Piano, as well as several new manuscript papers for Solo Instruments.

Using one of these new House Styles in your score is easy (and handling House Styles is generally easier too). Simply single click on a Manuscript paper from the QuickStart and you’ll be guided through the score setup process.

The three new House Styles appear at the top, above the old House Styles, which we’ve included in case you are particularly attached to them. Now though, when choosing the House Styles, Sibelius will omit the staff size and other layout differences, allowing you to cycle through the House Styles and quickly choose which one is right for you: 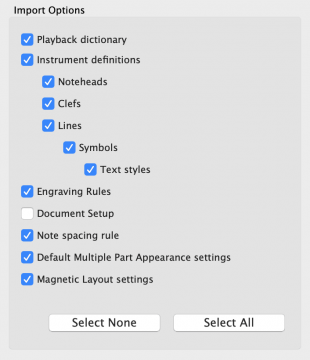 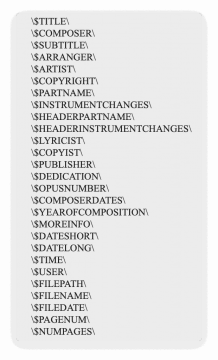 Those familiar with Wildcards will know that you can quickly enter text in Sibelius and have it pre-populate information from the File > Score Info dialog. Really useful for keeping the score information in the score updated, consistent and correct. However, if you don’t use them all very often, you’d find it hard to remember them all, and even which way the slashes go and what side the $ went. So, from this release, we’ve introduced a new Word Menu that will display all the Wildcards in the right-click menu when entering most types of System text into the score (just not Tempo, Metronome Marks and Metric Modulation).

To find out more, see “5.16 Wildcards” in the Sibelius Reference.

As part of our overhaul of improvements to the House Styles, we have included a new style of Time Signature, which is common in film and TV scores. To turn these on in your score, simply go to Appearance > House Style > Engraving Rules. Go to Time Signatures and you’ll find the new option: 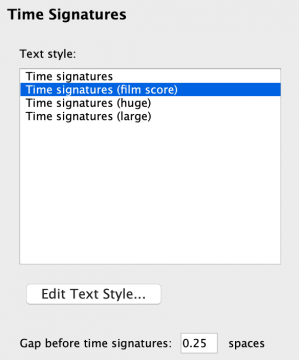 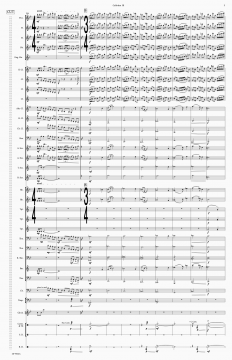 This release has a good collection of Accessibility improvements, that not only provides more rich feedback from the score and Sibelius’s UI but provides controls for choosing the verbosity of what’s sent to the screen reader. To find these, go to File > Preferences. The first page of preferences is now the Accessibility page, making it easy to find. Tabbing through this dialog allows you to choose from several options to set a ‘High’ or ‘Low’ verbosity, or to choose a ‘Custom’ set of options to control the pitch and duration information, as well as to choose whether you want to hear the bar number, instrument range warnings, and notehead styles. 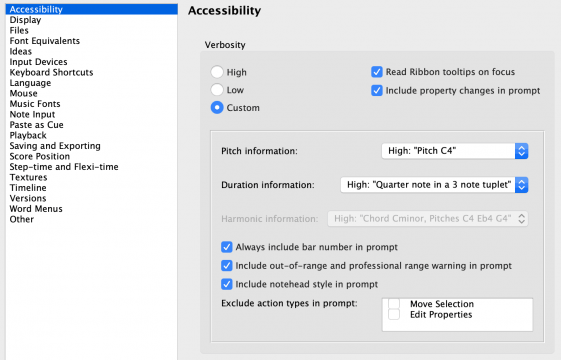 Accessibility improvements don’t have to simply benefit those who are blind using screen readers. As part of our partnership with Berklee College of Music, we are aiming to help a wide range of sight-loss, including helping to prevent eye strain for fully sighted users.

With this in mind, we have changed the default colors for the Paper and Desk ‘Textures’ from the old bitmaps of paper to colors to reduce glare and strain on the eyes (esp. for those night owls who work late into the small hours).

Navigating System Objects with the Keyboard

To select system objects with the keyboard, firstly press Tab, which will select the first thing on the page, then you can start navigating the system objects using these two new keyboard shortcuts:

These are customizable too, so if you’d like to change these shortcuts to better suit your workflow, head to File > Preferences > Keyboard Shortcuts

A Sibelius release wouldn’t be complete without a number of smaller improvements, and this one is no different. In summary:

We’re incredibly proud of this release. Since our last feature releases don’t seem that long ago, the development team have really pulled this one out of the bag. If you’ve made it down this far, thank you, and we hope you enjoy the new features.