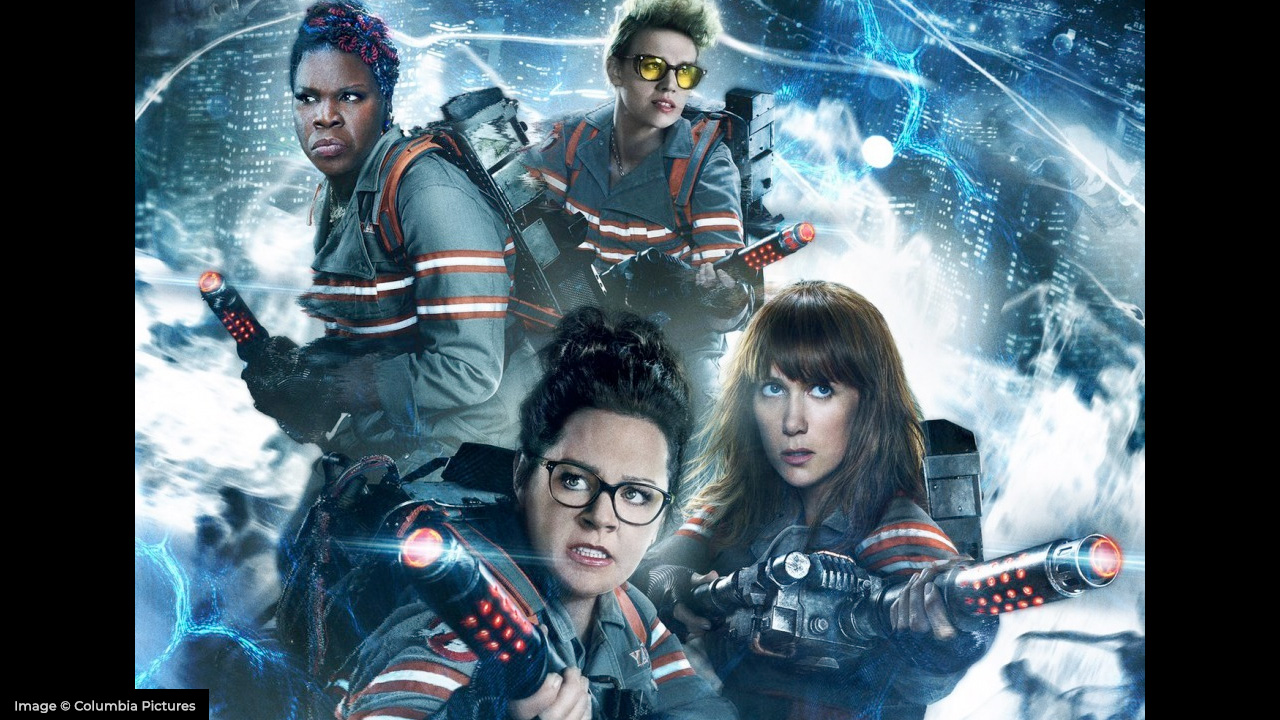 Go behind the scenes of Ghostbusters with these VFX breakdown from Sony Pictures Imageworks, MPC, and Zero FX. Plus find out how they brought Slimer and the Stay Puft Marshmallow Man back to life, and more.

‘Ghostbusters’: How the Visual Effects Team Brought Slimer and the Stay Puft Marshmallow Man Back to Life – Hollywood Reporter 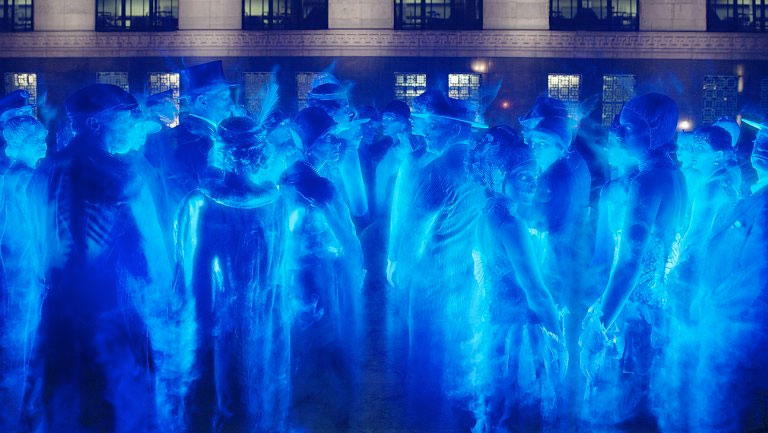 …when VFX supervisor Pete Travers of Sony Pictures Imageworks was tasked with bringing Slimer, the Stay Puft Marshmallow Man and a collection of new ghosts to the screen in Paul Feig’s Ghostbusters reboot, the job involved wires, CG, a Slimer redesign and even use of a drone as a stand-in for one of the ghosts.

But even though visual effects have changed dramatically over the years, the production harkened back to the original movie so that the new actors — Melissa McCarthy, Kristen Wiig, Kate McKinnon and Leslie Jones — could interact with “the ghosts” on the set.

Crossing Streams: A Step-by-Step Guide to the VFX of ‘GHOSTBUSTERS’ – Film School Rejects 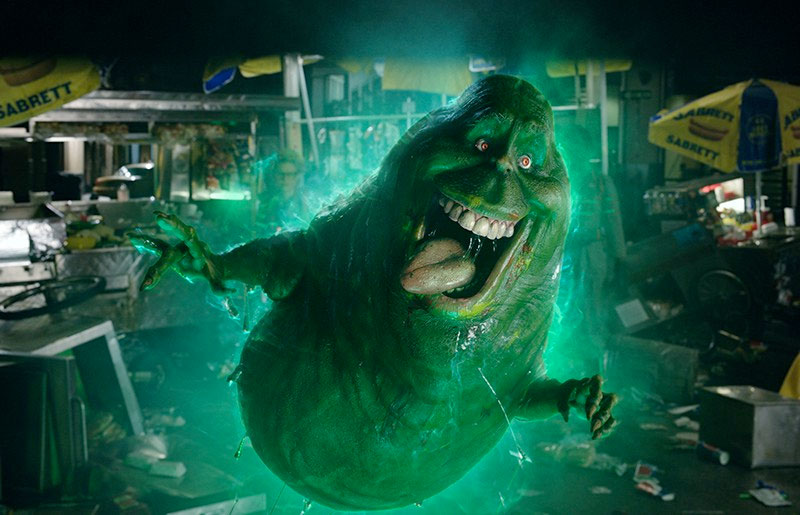 Sony Pictures Imageworks ‘aint afraid of no ghost, in fact, the visual effects studio made a whole bunch of ’em for Paul Feig’s Ghostbusters. And now you can too with these step by step guidelines from visual effects supervisor Daniel Kramer into how Imageworks used its strong VFX artistry and technical might to make a myriad of ghostly scenes for the reboot of the classic franchise.

This article is no longer available.

For ZERO, the 2016 Ghostbusters was an exciting challenge – we created an entire, animated CG character from scratch. Our electric chair victim ghost, nicknamed Fred, was haunting and ethereal, a combination of dead and alive. Using Maya, Houdini, V-Ray, N-Cloth and Matra, ZERO hand-built Fred and his luminescent blue energy all without a live action model. 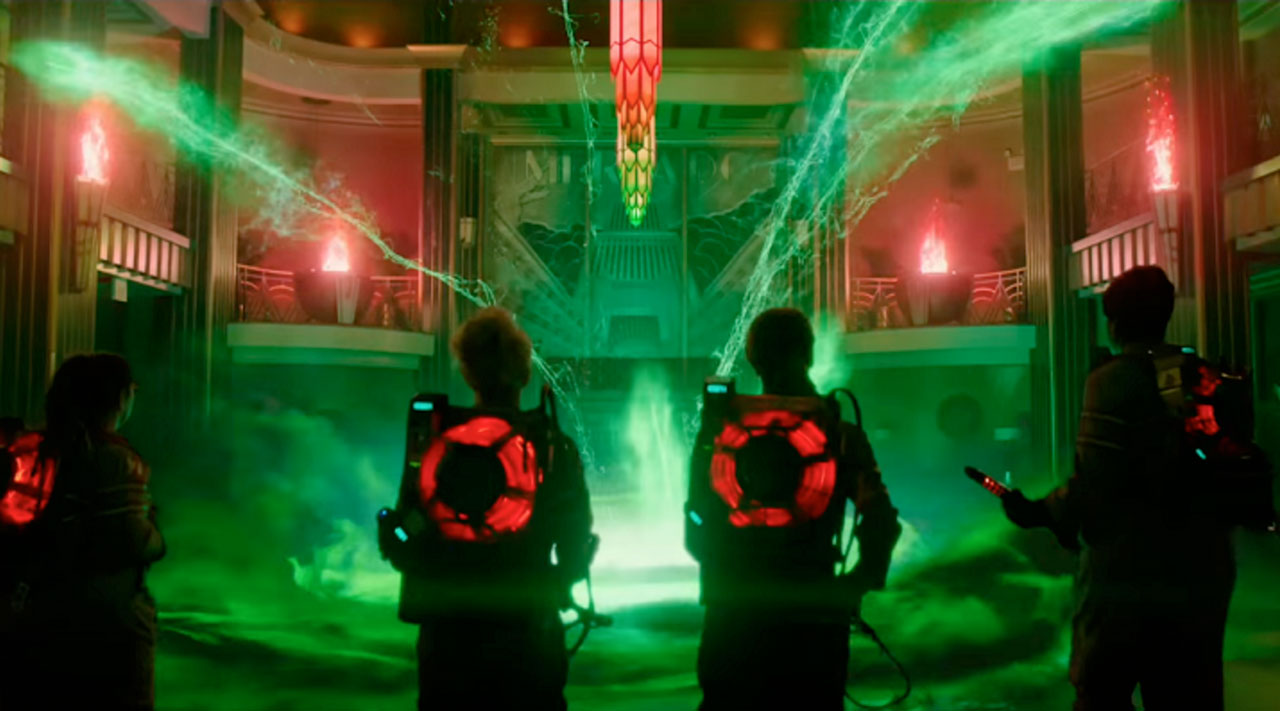 It’s been more than 30 years since we saw Bill Murray get slimed in the original “Ghostbusters.”

…Today’s digital effects are far more advanced. They allow Hollywood storytellers to create pretty much whatever they can dream up. But still, many visual effects supervisors prefer to shoot with practical effects and then tweak them digitally.  That’s what they did for the new “Ghostbusters” film.