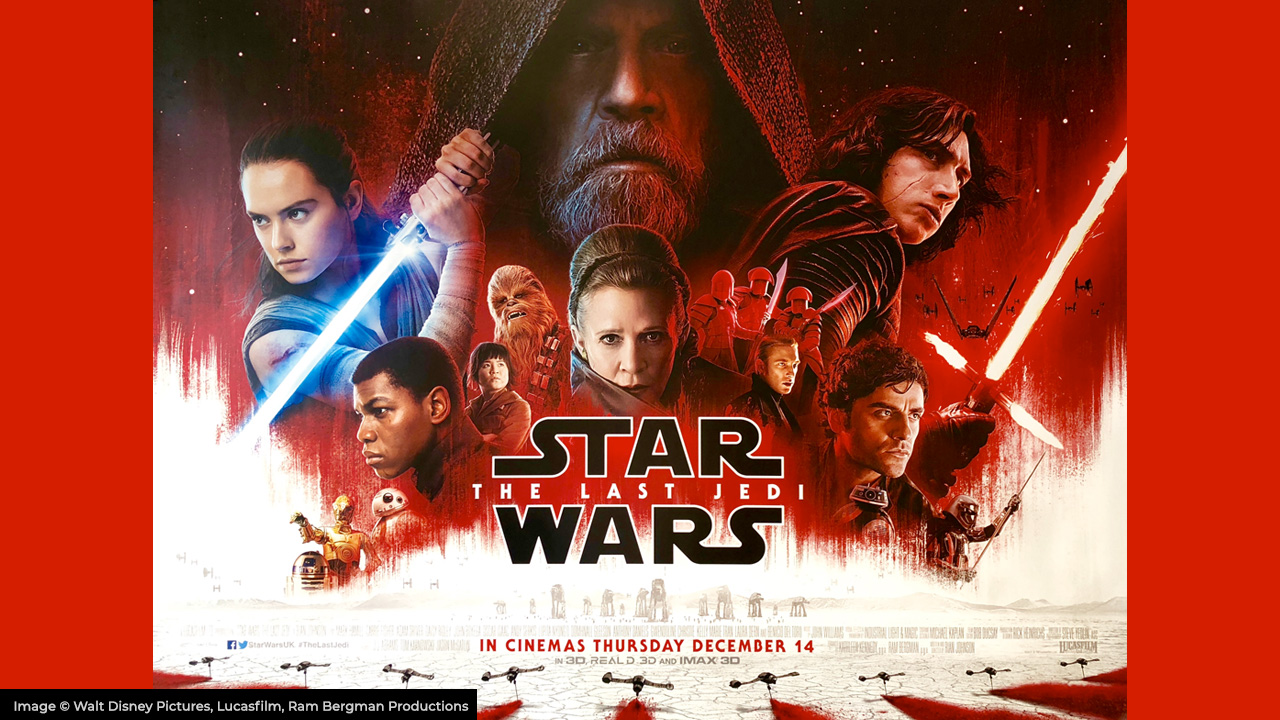 We’ve featured 4 of the 5 films that are up for the Academy Awards 2018 Oscar Nominations, but haven’t covered Star Wars: The Last Jedi yet. Most of the people that I know really enjoyed the film, but there were a few who didn’t like it. I have my theories about that, but no one can deny the fantastic VFX that transport you straight to the Star Wars world. Here’s a look at the VFX and effects teams involved in creating the film.

The following films are up for the Academy Awards Visual Effects Oscar for 2018. They link to Big Screen Effects features we’ve done on them over the past year.

Which film would you give the award to? It’s a tough one because they all have fantastic effects.

First, a trailer, in case you possibly have never heard of the film.

But today we’re focusing on the Visual Effects which were created by the following companies and effects houses:

See the full credits at IMDB

IFH 207: Inside the Visual Effects of Star Wars: The Last Jedi & ILM with Dan Cregan

Listen to “IFH 207: Inside the Visual Effects of Star Wars: The Last Jedi & ILM with Dan Cregan” on Spreaker.

VFXShow 229: Star Wars, The Last Jedi – In this episode, Matt Wallin, Mike Seymour and Jason Diamond discuss the latest Star Wars film: The Last Jedi. Visual effects are primarily by ILM and we will have a written story about the film in the New Year. Already this film is in the Bake Off short list for the VFX Oscar.

‘Star Wars: The Last Jedi’: How Rian Johnson and the VFX Team Created the Porgs, Snoke, and More – IndieWire

These Crystal Foxes are known as vulptex and they make animatronics and digitally scan them.

I know this isn’t technically VFX but, as with all of the Star Wars films, the planets are almost characters of their own. Toward the end of the film, they end up on Crait, an old Rebel Alliance outpost, which is a mineral world with a red mineral below the white salt flat.

If you’re interested in geology, check out This Is The Beautiful Geology Behind The Last Jedi’s World Of Crait

Star Wars: The Last Jedi Behind The Scenes

A labour of love — how the visual effects in Star Wars: The Last Jedi were created