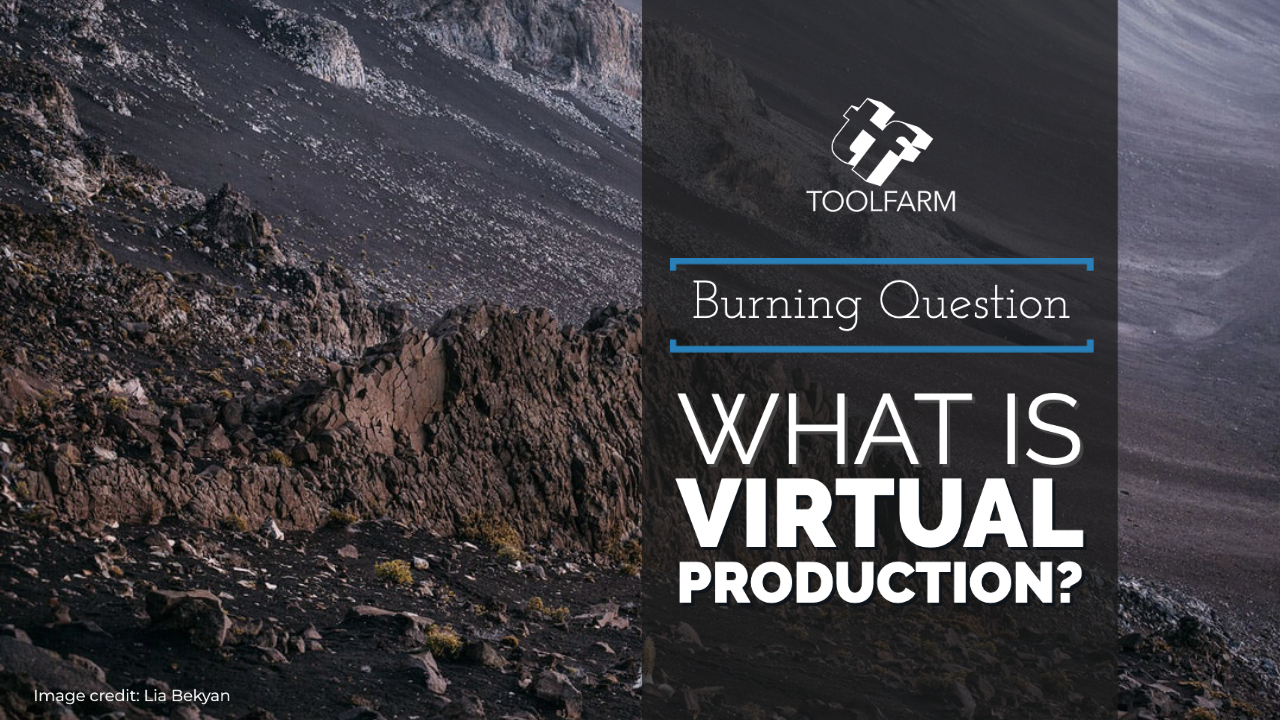 Technical innovations in video game development have allowed Virtual Production to explode in filmmaking and episodic series. We have several videos where the pros explain exactly what Virtual Production is. In brief, filmmakers are using virtual sets and virtual actors to speed up production, and save money. Ultimately, much virtual production can be done in real-time! In addition, we have some cool examples of Virtual Production. These include videos about the making of The Mandalorian and Game of Thrones, as well as  The Mill’s virtual Production Reel.

Ben Grossman is an Oscar-winning and Emmy Award-winning Visual Effects Supervisor. He also held the role of Virtual Production Supervisor on The Lion King. He is the co-founder of Magnopus, a company that creates AR/VR software for Virtual Production.

As VFX has grown to be a greater part of movies and television today, there’s a growing divide between what the filmmakers can see through the camera on the live-action set, and what they have to imagine will be added digitally many months later. Virtual Production attempts to unite those two worlds in real-time.”1

New Virtual Production Is Here, and You Can Learn All About It

Hot off the presses, No Film School published an article this week on Virtual Production. They include an audio link so you can listen to the article. In other words, you can play it in the background like a podcast while you work in another window! This is the first article in a four-part series on Virtual Production. In this article, they cover a lot, including:

Below, a few videos that give examples and walk through how production companies are using virtual sets and virtual actors in their films.

In simple terms, integrating game engine technologies into our workflow allows us to take the post out of production. On Virtual Sets, we shoot real-time in-camera VFX using LED wall technology and can get your talent and products to any location without ever leaving the studio.
⠀⠀⠀⠀⠀⠀⠀⠀⠀
With Virtual Characters, we use game engines to animate and render final pixel-quality personas and mascots in real-time, directing them as if they were live actors. With Virtual Production, we seamlessly collaborate in real-time through VR or web interfaces, without being physically together.
⠀⠀⠀⠀⠀⠀⠀⠀⠀
These workflows are particularly important for distributed teams and clients. I’m excited about the future of Virtual Characters, Virtual Sets, and Real-Time Animation, and the ways we can use them to tell immersive brand stories.3

The Virtual Production of The Mandalorian, Season One

I admit, we had Disney Plus here chiefly so I could watch The Mandalorian, and I was not disappointed! In this video, Mandalorian creator Jon Favreau and the team at ILM show you how they used Virtual Production in the making of the show.

New The Virtual Production of The Mandalorian, Season Two

Behind the Scenes of the Virtual Production on the second season of The Mandalorian.

VFXforFilmmakers.com talks about the video from The Mandalorian Season 2.

The Mandalorian used giant LED screens instead of a green screen to place actors on different planets.

This was a free virtual event in March 2021 where the Mill shows you some amazing virtual production technologies.

More about Virtual Production from The Mill

Filming In The Matrix | Virtual Production

It’s pretty amazing how he moves the camera and lighting around this virtual actress. He’s using a Blackmagic Design Camera, and doing lighting in the real world and CG world at the same time. Obviously, it’s really interesting!

In addition, we’ve featured a few film shorts in the past from Neill Blomkamp that use game engines for virtual characters and sets.

If you’ve watched any of the videos above, you’ve heard Unreal Engine mentioned quite a few times. To clarify, this video explains how Unreal Engine is being used in Virtual Production.

Glassbox Beehive is a virtual production tool that is currently in beta and it unifies the production pipeline. Beehive is coming soon for Unreal Engine, Unity 3D, and Maya.

Beehive combines real-time motion capture and real-time rendering technologies to let filmmakers see their entire virtual set, characters, and assets as though they were live-action, thereby significantly reducing iteration times on set. Perhaps more importantly, it also allows for virtual collaboration, where multiple members of the crew can all experience this virtual set as a shared environment in VR. This lets the director work side by side with people like the DP, art director, or production designer within the VR space to adjust the overall set and elements such as lighting, materials, and surfaces in real-time as needed.2

DragonFly is a tool that is already on the market for Unreal Engine, Unity 3D, and Maya.

Your lens into a virtual world. Plug-in for Unreal Engine, Unity 3D and Autodesk Maya

DragonFly is a professional cross-platform virtual camera that gives you the power to view your computer-generated environments, character performances, and scenes, just as if you were doing a live-action shoot, but virtually. Rendering shots in real-time through the camera’s viewfinder, your LCD monitor, iPad, or virtual reality headset, DragonFly lets you visualize your virtual world, record, bookmark, create snapshots, and replicate real camera moves.

Putting creative control back into the hands of directors and cinematographers working with CG, DragonFly gives you the power and immediacy to make creative decisions on the fly, upfront, saving time, and expense during post. Available as a plugin for Unreal Engine, Unity 3D, and Autodesk Maya. In fact, one license works in all hosts.