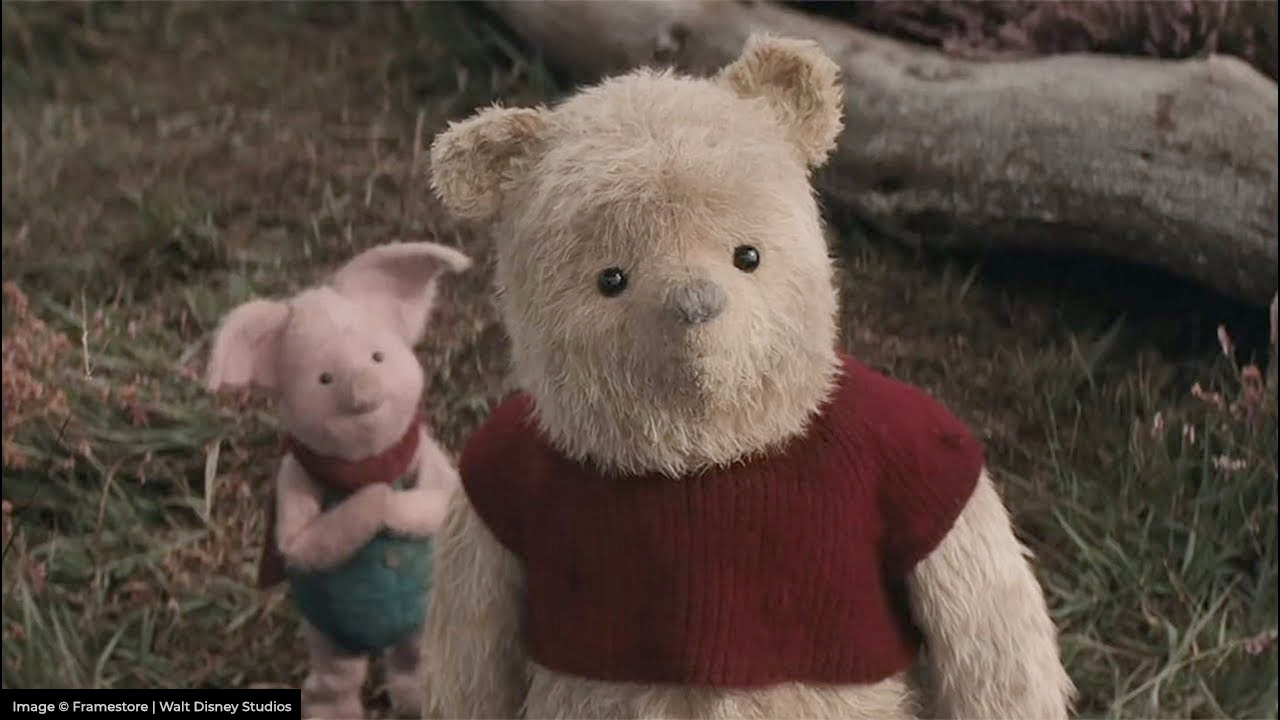 Christopher Robin, starring Ewan McGregor, was a 2019 Oscar Nominee for Visual Effects. In a category usually brimming with sci-fi and super hero films, Christopher Robin is full of ‘invisible’ VFX.

The VFX were done by Framestore, Iloura (now Method Studios), among other companies.

Chris Lawrence, the Visual Effects Supervisor from Framestore, talks about design challenges of making Pooh, Piglet, Tigger, and the rest of the gang look realistic. The characters were handcrafted and hand-stitched. Then the toys were scanned and made into high-resolution models and textures. There’s more though! Watch the video to find out!

Framestore did 727 shots for Framestore, 677 of those featuring creature animation, or stuffed toy animation, in this case. Learn more about Framestore’s work on Christopher Robin.

How ‘invisible’ effects brought Winnie the Pooh to life in ‘Christopher Robin’. Digital Trends talks to Chris Lawrence about the Academy Award nomination in visual effects. The interview also talks about making stuffed toy fur. The interview has some nice gif animations of the VFX too.

Christopher Robin (2018) | Behind the Scenes of Disney Live-Action Movie

Watch some of the voice over recording and shooting of the film.

Other Articles about Christoper Robin’s VFX