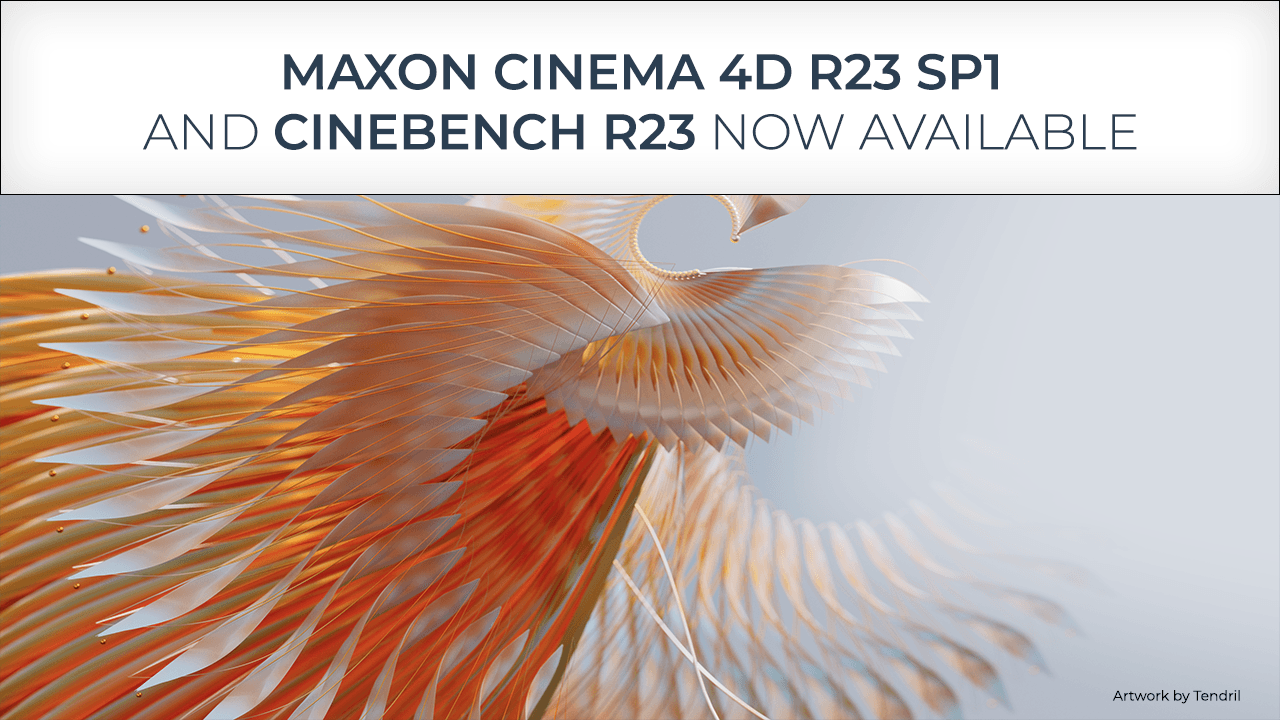 The Cinema 4D R23 SP1 Service release fixes minor bugs. In addition, it ensures stability. Not only that, it includes a Universal build for compatibility with new M1-powered Macs.

Maxon is pleased to announce the immediate availability of Cinema 4D Release 23 Service Pack 1. This update includes many minor updates, stability improvements, and optimizations to ensure the high reliability on which Cinema 4D artists have come to rely. In addition, this release includes a new Universal build for compatibility with Apple’s recently announced MacBook Air, MacBook Pro, and Mac mini powered by M1, Apple’s breakthrough chip for the Mac.

Maxon recommends all users update to Cinema 4D R23 SP1. Details can be found on the updates tab on the Maxon Cinema 4D Page.

Friedrichsdorf, Germany – November 11, 2020 – Maxon, the leading developer of professional 2D/3D digital content creation and composing solutions, has just released Cinebench Release 23, an update to its industry-standard, cross-platform benchmarking application trusted by developers, analysts, and users alike to evaluate hardware performance. Cinebench uses advanced algorithms to visualize and render a three-dimensional scene on a computer. Hardware manufacturers use Cinebench scores to optimize CPUs during the development process, as well as press and consumers to evaluate systems.

This news follows the recent announcement that Cinema 4D, Maxon’s award-winning 3D animation software, is the very first professional 3D animation package available for Apple’s new MacBook Air, 13-inch MacBook Pro, and Mac mini powered by the revolutionary M1, the first in a family of chips designed by Apple specifically for the Mac.

“For more than a decade, Cinebench has been the go-to tool for hardware manufacturers and industry analysts to evaluate system performance,” said David McGavran, Maxon Chief Executive Officer. “Cinebench R23 delivers the most accurate and stable results for the latest hardware, including Apple’s recently announced M1-powered Macs, ensuring users are operating on the highest performing systems for demanding content creation and rendering workloads.”

Cinebench Release 23 is available from the Maxon website as well as the Microsoft and Apple app stores:

Microsoft Store (will be available soon)

The application runs on Windows 10 on Intel or AMD 64-bit CPU with SSE3 support. In addition, it runs on macOS 10.13.6 or higher with 64-bit CPU running on Intel-based Apple Macintosh and 4 GB RAM or on Apple silicon.