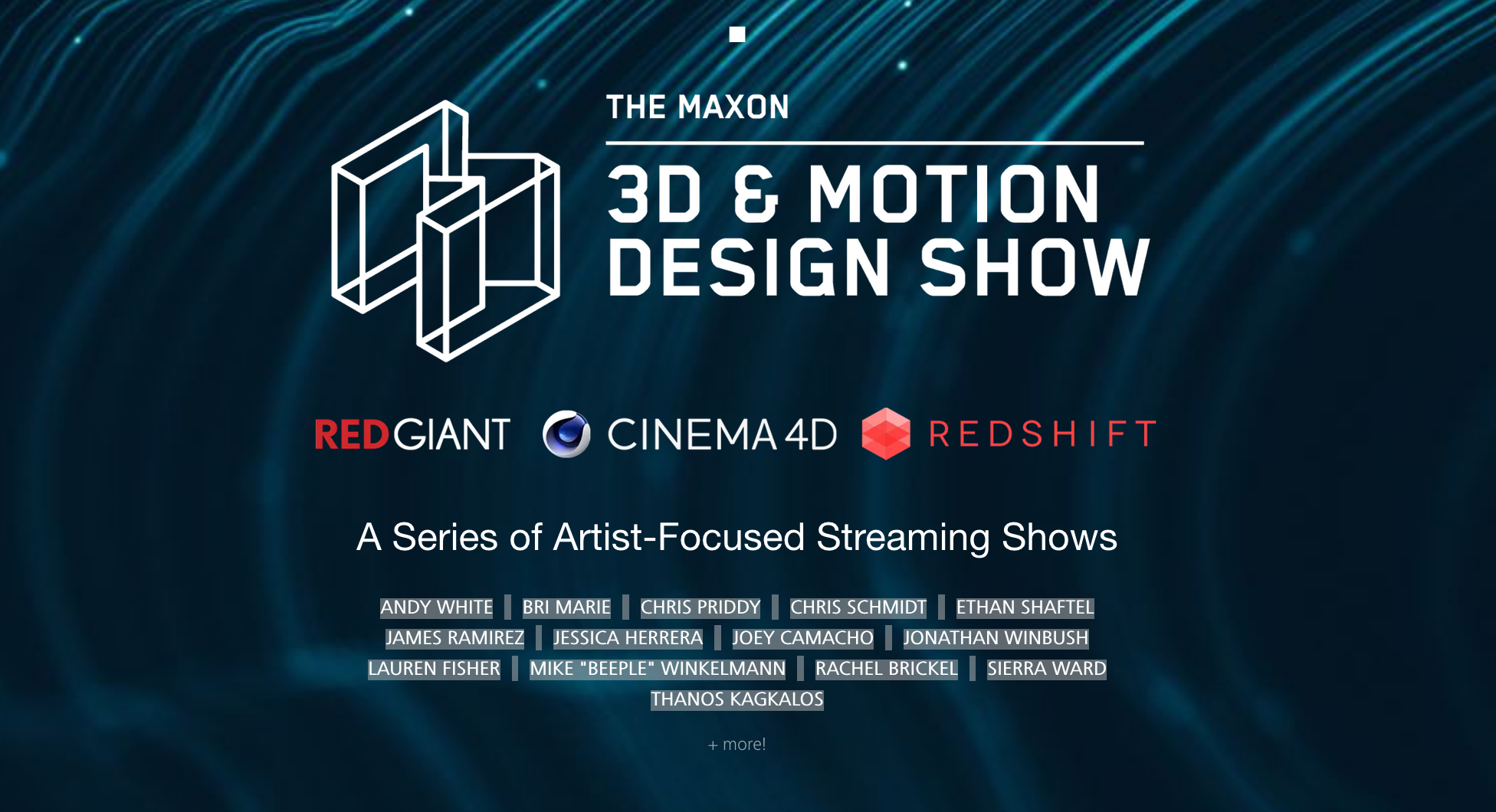 Join Maxon and Red Giant online October 27 – 29, 2020 for The Maxon 3D and Motion Design Show to soak in some valuable tips, techniques, and real-world production workflows using Cinema 4D, Redshift, and our Red Giant suite of products. Bookmark this page for all days.

A Series of Artist-Focused Streaming Shows

Note: All times are PST

08:30 “Maxon News and Announcements” with Paul Babb
09:00 “C4D + VR: From Pre-rendered to Game Engine” with Ethan Shaftel
10:30 “Work With What You’ve Got: Nimble Experimentation in Cinema 4D” with Lauren Fisher
12:00 “Cinema 4D for Illustrators” with Sierra Ward
13:30 “Guerrilla Tactics with Cinema 4D” with Rachel Brickel

08:30 “CAD Models 101: From Zero to Hero’s Sidekick” with Chris Priddy
09:00 “Rendering in Style with Redshift!” with James Ramirez
10:30 “Crafting and Developing Creative Ideas in Cinema 4D” with Andy White
12:00 “Character Building in Cinema 4D” with Bri Marie
13:30 “Adding the New Features of R23 to your Workflow” with Chris Schmidt