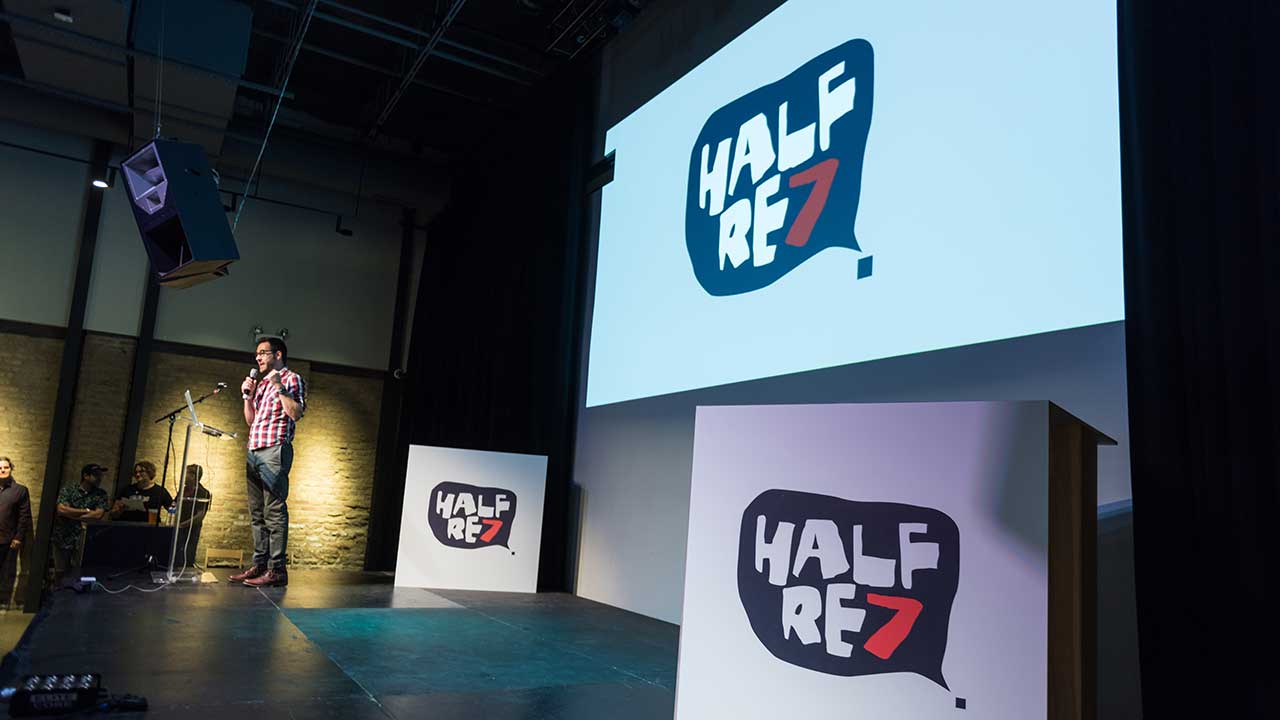 HalfRez7 took place last Wednesday at the Chop Shop in Chicago. It was a fun event with lots of inspiring speakers and an interview with Andrew Kramer of Video Copilot, Cube Races, lots of prizes and schwag, and of course, loads of interesting people. First, an amazing video from Brody Davis, then a photo gallery.

The Half Rez 7 Idents from Run Kick Shout played during the event. The idents are so clever, detailed, and fun!

Brody Davis, a designer who worked on the idents with Run Kick Shout explains:

I was offered the opportunity to team up with the guys at Run Kick Shout to work on these animations for the 7th annual Half Rez event, an industry party hosted in Chicago to celebrate Motion Design, the people who make it, and the tools used in that process. In this job I helped concept, design, rig, and animate many of the elements in each scene using Cinema 4D.

The HalfRez7 Pinball Machine. The high score won something grand! The band played while people were coming in. The attendees gathered in the bar and talked to folks from Autodesk, Maxon, and more. Can you spot Michele from Toolfarm? Mathias from Maxon and Michele from Toolfarm. The rooftop deck at Chop Shop was really comfortable! The venue was really cool with a lot of places to hang out. Donnie Bauer from The Mill spoke. Some of Donnie Bauer's earlier work. Yellow wins the Cube Race, round 1. Bhakti Patel spoke about working on Black Panther and other films. Chris Schmidt of Greyscalegorilla took care of the AV. The team who put on HalfRez7. John Pobojewski of Thirst talks about his work. Andrew Kramer of Video Copilot and Michele from Toolfarm. Nick Campbell of Greyscalegorilla interviews Andrew Kramer of Video Copilot about his work and how he comes up with plugins. Another interview photo. It was a great interview. After the event, Nick Campbell and Michele from Toolfarm take a quick photo as they're packing up.