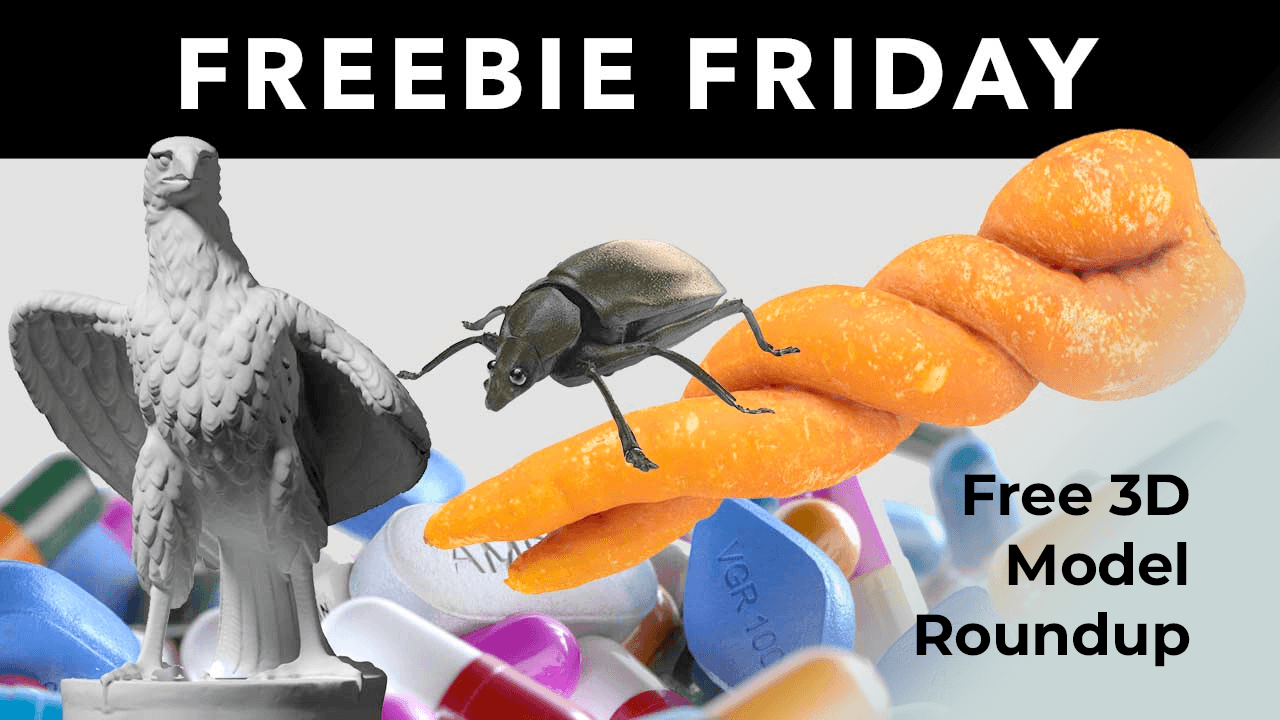 Freebies from The Pixel Lab

The Pixel Lab has tons of great free models available that come out all of the time. As always, the model is free for commercial and personal use.

To get the free models, go to the Pixel Lab and then sign up for their newsletter. Next, you’ll get the password in the newsletter. They have loads of great models that you can download for free.

Below, check out links to few free fun 3D models from The Pixel Lab.

This is a library of scans from Creative Crops of all sorts of edibles in the following formats:

There are 3 freebies. To clarify, there are scans of bread, a twisty carrot, and some sort of heirloom pear. Incidentally, this freebie one comes via CG Channel.

Three D Scans has several statues and antiquities that you can download and they’re pretty cool! There are dozens here.

This script from Alpha Pixel lets you dock the display filters, which are regularly not dockable. With this script, you can customize whether to Hide or Show Elements in your scene.

dk-sandbox is a collection of experimental scripts for Cinema 4D from Donovon Keith. In short, the scripts are for sorting/grouping objects by color.

Offer unprecedented content creation possibilities to the procedural animation toolset in MoGraph. The Fields feature in Cinema 4D R20 makes it possible to efficiently control the strength of the effect using any combination of falloffs – from simple geometric shapes to shaders and sounds to objects and mathematical formulas. In addition, mix and combine fields with one another in a layer list. Re-map and group effects in multiple Fields to control Effectors, Deformers, weights and more.