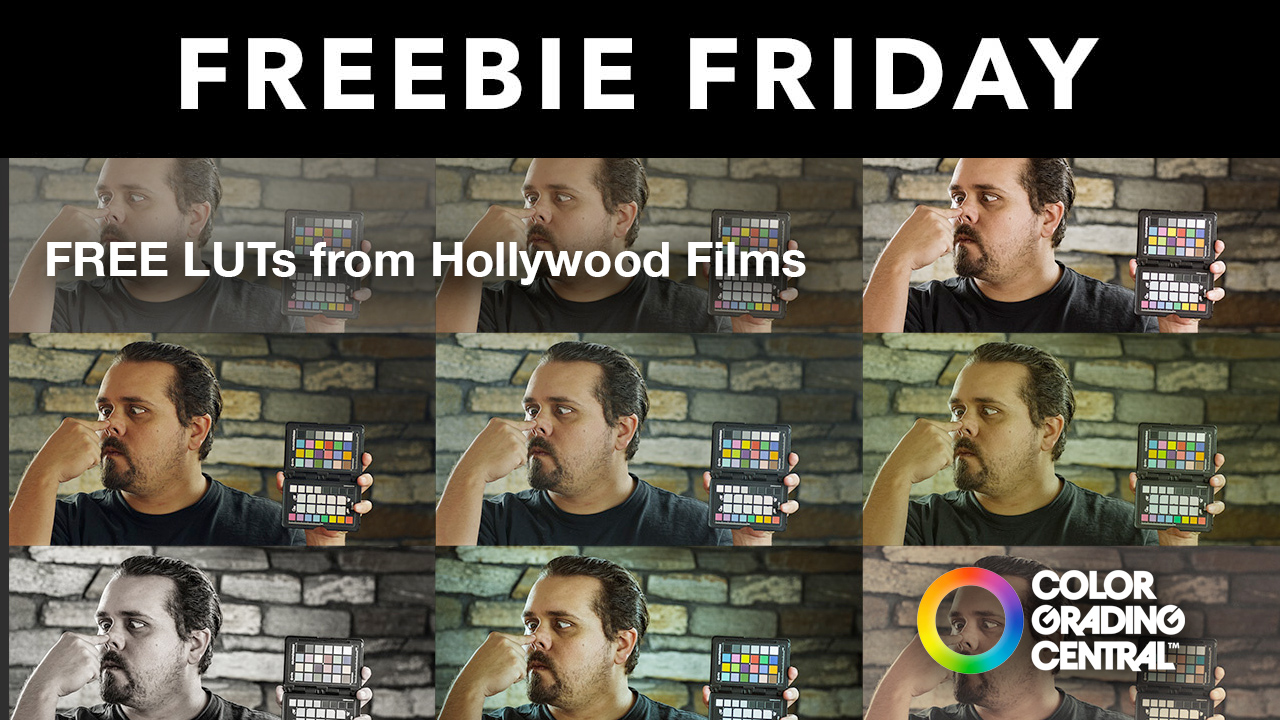 Color Grading Central has a free collection of LUTs inspired by Hollywood films like as Drive, Max Max: Fury Road and Moonrise Kingdom.  Plus, Denver Riddle has a tutorial on how to setup and start using them.

Make the look of your films stand out with these free cinematic LUTs. Inspired from such Hollywood Films as Drive, Max Max: Fury Road and Moonrise Kingdo.

After getting your film to a good base correction you can easily apply these film looks to your project to give it a big budget look.

In this video, Denver Riddles demonstrates how to install and apply various LUT presets for converting Log footage to Rec709 for specific cameras to get your footage to a good starting point. How to apply film stock emulations for imitating the look of Kodak and Fuji film print stocks and how to apply a variety of cinematic LUT presets from major Hollywood films.

Skip to the timestamp for your software version:

Get cinema-quality results without the pain and frustration of traditional grading tools. Color Grading for the 21st Century.

Cinema Grade is a modern NEW color corrector built from the ground up. It runs as a standalone application (along side Premiere Pro, DaVinci Resolve & FCPX) and allows you for the first time to reach in and touch your images and grade them directly in your viewer. Kind of like painting or sketching.

While they are not free, here is a list of affordable LUTs: