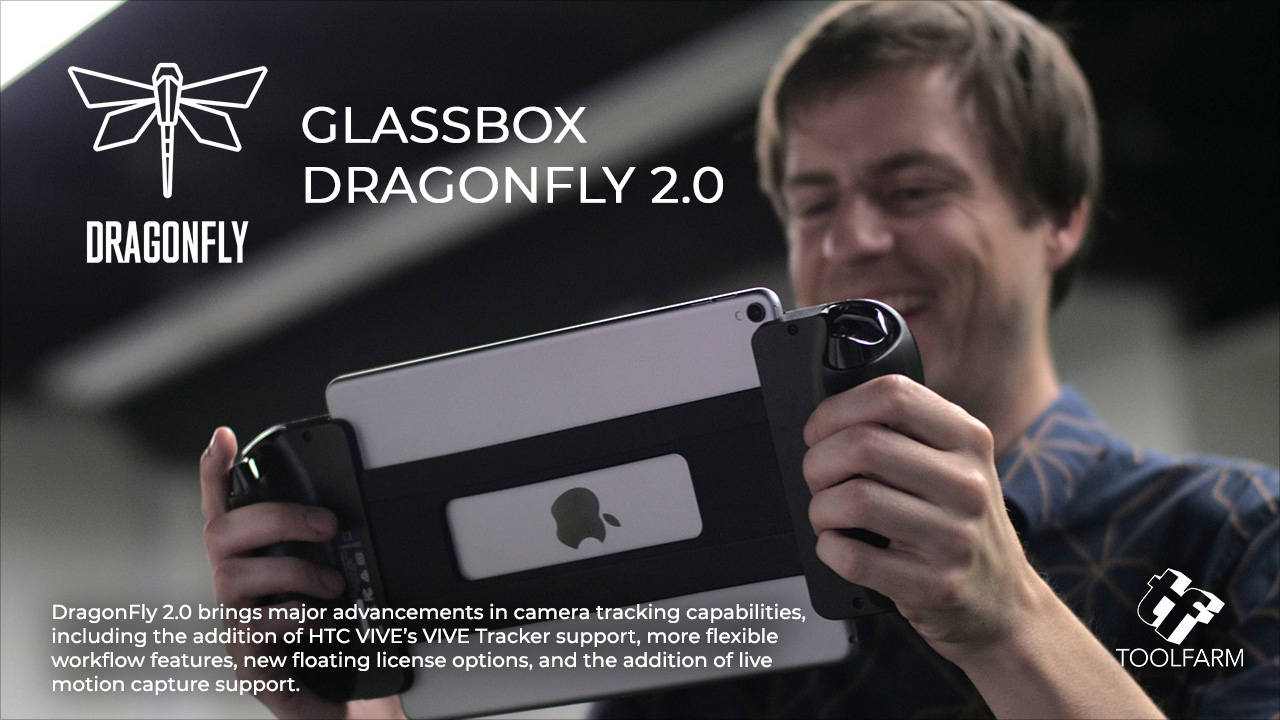 Glassbox DragonFly 2.0 includes new native Vive Tracker support. In addition, there’s a new Custom Tracking Input API. Not only that, they’ve added new Apple companion app tracking options. It also comes with PIE Support for Livelink Data Streaming and a Blueprint API extension for Unreal. But, that’s not all. Watch the video below and check out the product page for more information.

Your lens into a virtual world. Plug-in for Unreal Engine, Unity 3D and Autodesk Maya

“We’ve been lucky enough to work closely with our clients over the past few months to identify what would make a big difference to them in the midst of these challenges times,” said Glassbox CPO and co-founder Mariana Acuña Acosta. “More than ever, content creators are looking for flexibility to work remotely with a number of different production technologies, and we’re confident our new release will make that process easier than ever for our users.”

Chief among DragonFly 2.0’s advancements is the addition of native support of the Vive Tracker, HTC VIVE’s universal tracking device. Use of the Vive Tracker in virtual production has increased exponentially as teams adjust to remote work, thanks to its accessible, low latency and VPN-friendly approach. Glassbox partnered closely with HTC Vive to deliver an intuitive out-of-the-box solution for its users.

DragonFly is a professional cross-platform virtual camera for Unreal Engine, Unity 3D, and Maya that gives users the power to view their computer-generated (CG) environments, character performances, and scenes, just as if you were doing a live-action shoot. Used in previs, virtual cinematography, or for virtual location scoutings, DragonFly renders shots in real-time through the camera’s viewfinder, an LCD monitor, or iPad, letting users visualize their virtual world, record, bookmark, create snapshots and replicate real camera moves.

“The Glassbox suite of tools is quickly becoming a game-changer for our Virtual Production teams. Their dedication to rapid feedback, development, and creative solves is exactly what you need in a technology partner.” Jason Osterday, Electronic Arts.

Native Vive Tracker Support. DragonFly 2.0 adds Vive Tracker support to DragonFly’s native list of tracking options, giving users a simplified UI that automates the setup of industry-standard trackers out of the box. The Native Vive Tracker also supports VPN and makes working from home with DragonFly much easier. Unreal and Maya versions only.

Blueprint API Extension. The extended BluePrints API enhances workflow flexibility by giving users the power to: set a recording name via an external source, playback their last recording via a button binding, and toggle back and forth between recording and reviewing, DragonFly 2.0 adapts to your workflow. Unreal version only.

GlassBox Technologies has now added floating licenses to the available license types for DragonFly (all versions). Licenses can now be checked in and out by team members working on different machines whether at home or in-studio, making work from home collaboration and remote sessions easy.

Get in touch with the Glassbox team to schedule a one-on-one demo.

Built-in collaboration with innovative technology partners and major Hollywood studios, Glassbox software is crafted and battle-tested on the front line of real-time productions to solve real-world problems for the next generation of content creators worldwide.