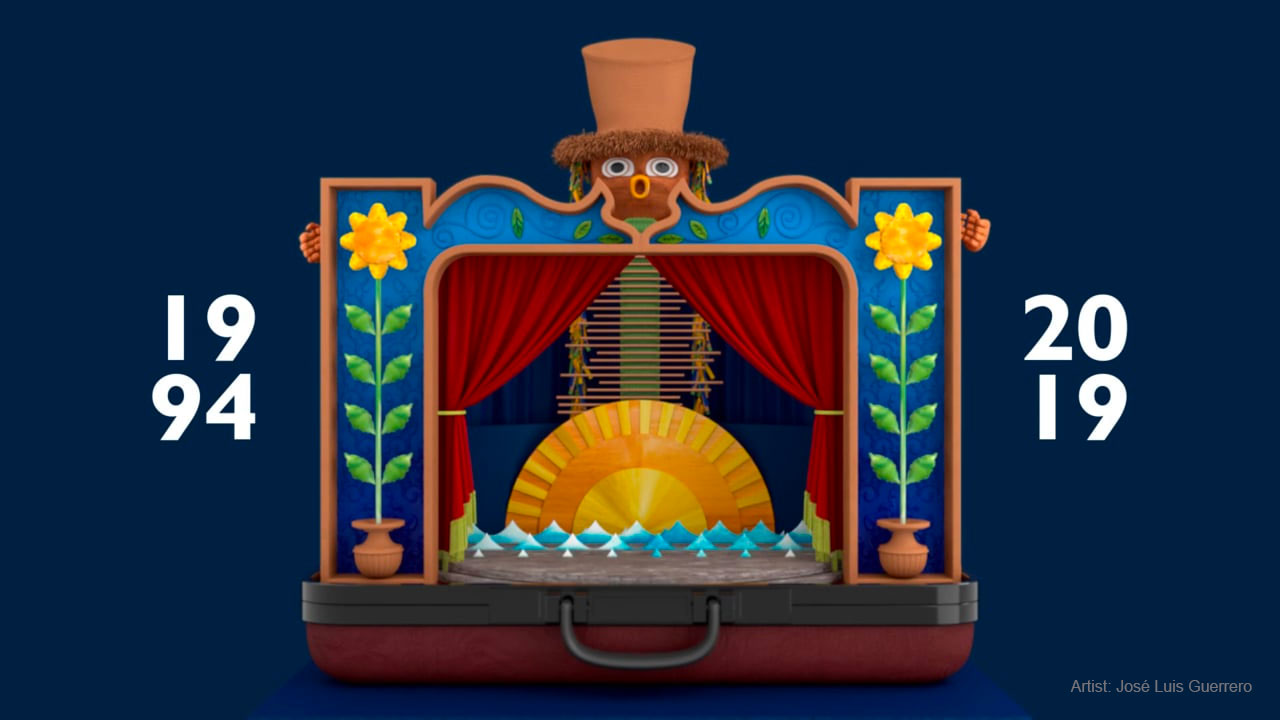 José Luis Guerrero shared this on Twitter today for the Teatro de las Estaciones, a puppet theatre company for kids and adults that is based in Matanzas, Cuba. The theater is celebrating its 25th anniversary in 2019. The ad is very cute and colorful!

He lists the software he used as:

Guerrero mentions on Twitter than it only took 3 weeks to develop, model, and animate the whole piece. That is impressive.

Take a look at Spot 25 años Estaciones where José shares images of his modeling work from the commercial.

Guerrero’s bio says that he is a designer and self-taught graphics animator, Cuban, lover of a good series and the ‘dolls’ of Pixar.

José Luis Guerrero Vimeo View some of his other work on Vimeo.