Freebie: Scriptlets for After Effects from Zack Lovatt 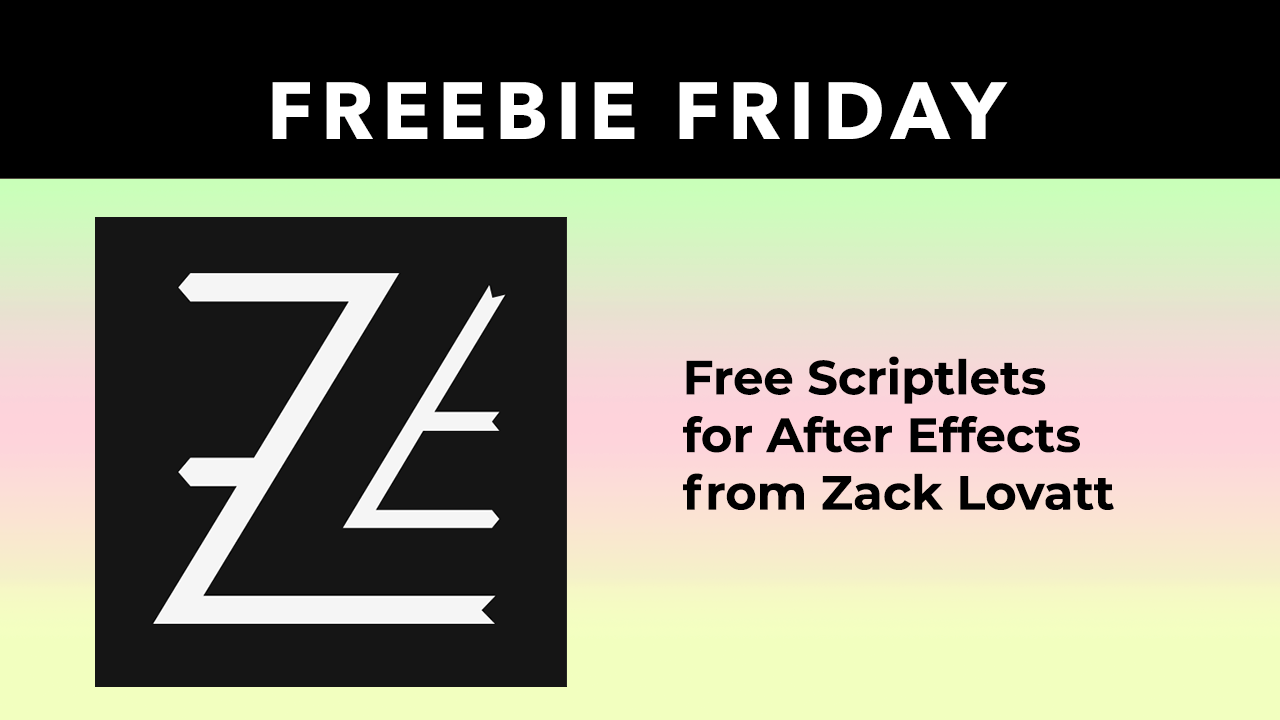 Zack Lovatt has many Scriptlets, or “lil’ After Effects scripts” on his website. Save time and frustration in your workflow. Yes, I’m sharing this before I try it myself, but they look so useful. Key Sets, in particular, look like something I need right now for a current project!

Zack explains about his scriptlets:

A series of small, simple AE utilities for kbar2, Tool Launcher, Quick Menu 2 or any other script file launcher.

Note that these all worked at the time they were developed; as AE has evolved, some may stop working. I’m absotively not liable if anything breaks; run at your own discretion.

Some scriptlets may have alternative behaviour when holding down modifier keys (shift, ctrl / cmd, alt), as specified.

Check out All of Zack’s Scriptlets

It’s worth mentioning that Zack Lovatt sells plugins through aescripts+aeplugins. Today is the LAST DAY to score 25% off on Zack’s tools during the Summer of Sales. His tools include:

Explode Shape Layers 3 for After Effects

Flex for After Effects