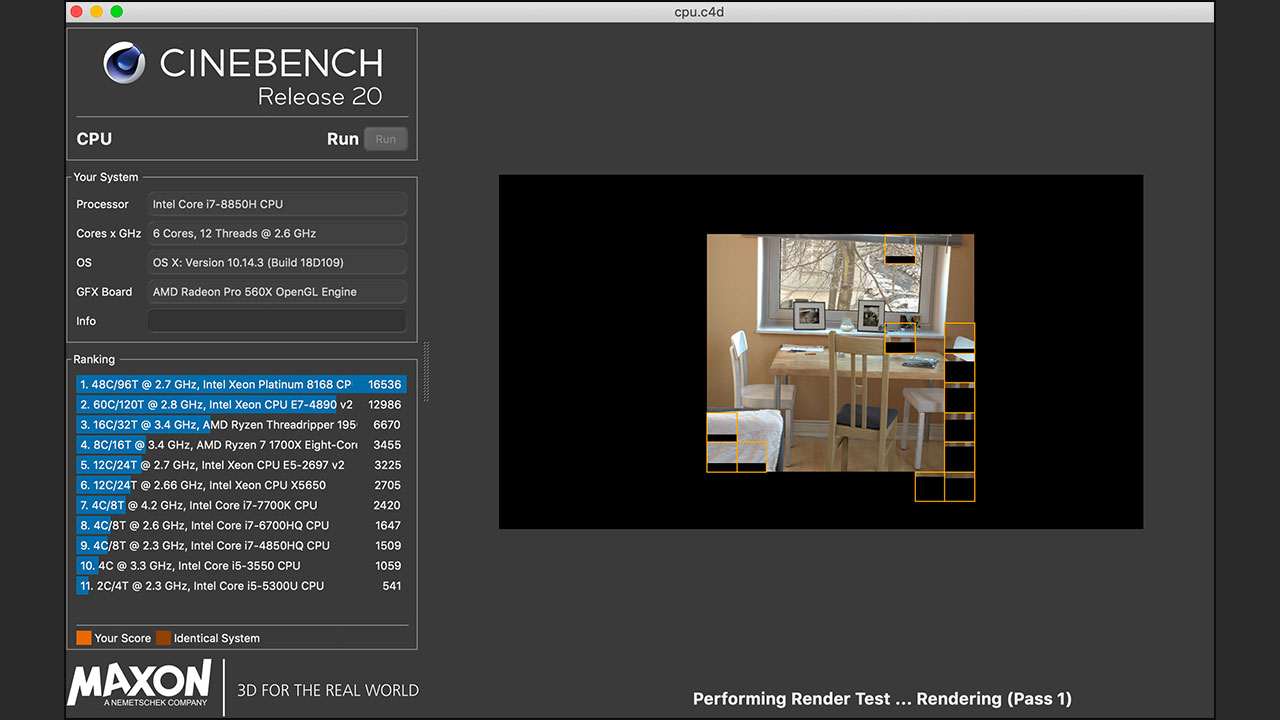 For over a decade, Cinebench has been the ‘go-to’ tool to evaluate hardware performance. Cinebench uses advanced algorithms to generate a three-dimensional scene on a computer. Cinebench scores are used by system administrators to help make purchase decisions, journalists to review hardware, hardware manufacturers to optimize their latest products, as well as computer owners to evaluate their individual system.

Cinebench Release 20 is available from the Maxon website as well as the Microsoft and Apple app stores. The application runs on Windows 7 SP1 64-bit or higher on Intel or AMD 64-bit CPU with SSE3 support or MacOS 10.11.6 or higher with 64-bit CPU running on Intel-based Apple Macintosh and 4 GB RAM.

Headquartered in Friedrichsdorf, Germany, Maxon is a developer of professional 3D modeling, painting, animation and rendering solutions. Its award-winning Cinema 4D and BodyPaint 3D software products have been used extensively to help create everything from stunning visual effects in top feature films, TV shows and commercials, cutting-edge game cinematics for AAA games, as well as for medical illustration, architectural and industrial design applications. Maxon has offices in Germany, USA, United Kingdom, Canada, France, Japan, and Singapore. Also, Maxon products are available directly from their Website and its worldwide distribution network. Maxon is part of the Nemetschek Group.