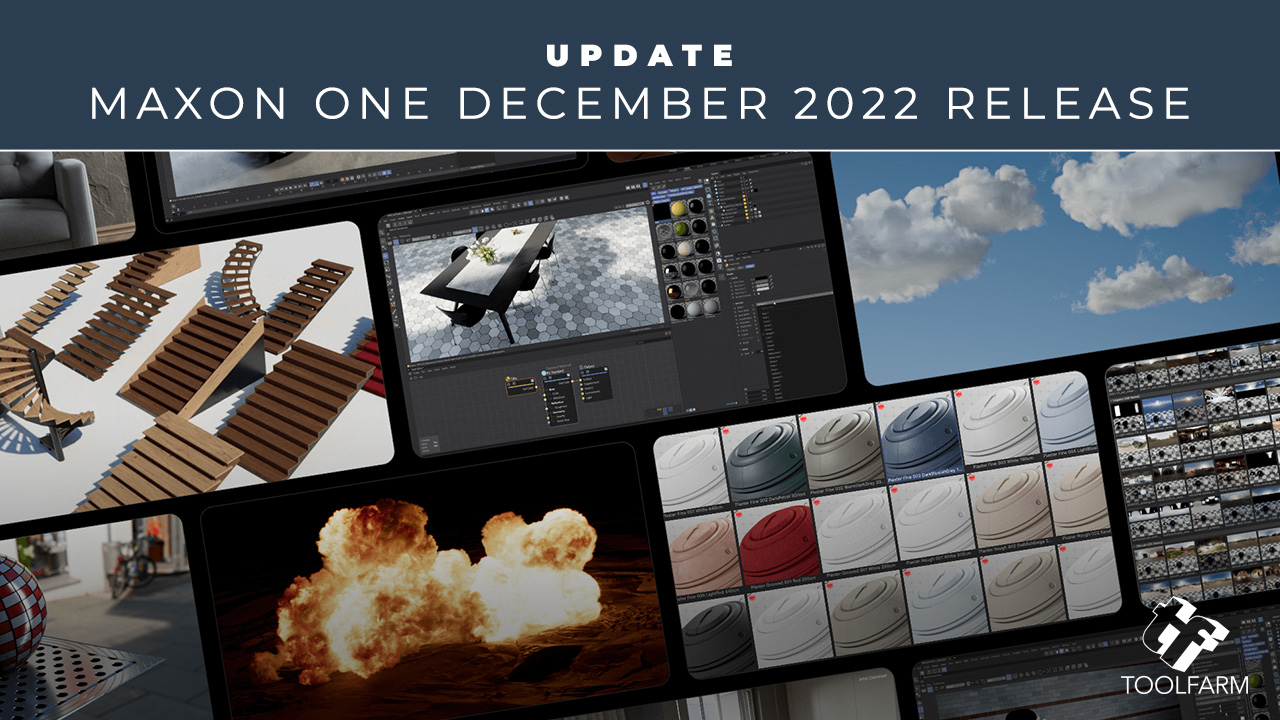 Highlights of the Maxon One December 2022 release include:

Keep scrolling if you’d like to read the full press release.

December Enhancements to Maxon One Include New Features in Redshift, Full Support for ACES in Magic Bullet, and Stability Improvements Throughout.

Maxon released a brand-new ACES-powered color mode in spring to bring Magic Bullet Looks users professional-level color management. With this release, all tools are updated to take full advantage of this new engine so that everything is tuned to be pixel-perfect, offering better highlight roll-off management, better use of dynamic range, and better color accuracy.

This hotfix release improves the stability of Pyro and Redshift Camera.

Maxon launched a new and completely redesigned Cineversity as a one-stop shop for tutorials and resources for all Maxon products. This new version of Cineversity not only features official Maxon tutorials but also selected external resources and training courses to get users up to speed and start creating. The revamped Cineversity offers a comprehensive getting started series on all Maxon desktop applications and thanks to a more intuitive tandem search function, users will be able to quickly find help on just the topic they are looking for in the application they are working in. For the first time since its inception, Cineversity will serve as the central hub to find all educational content such as the famous Demystifying Postproduction, Max on Color, and VFX and Chill series.

Maxon’s team is comprised of fun, passionate people who believe in building and empowering a successful artistic community. From our popular, inclusive events to our free Cineversity educational resources, Maxon recognizes that developing strong connections with creatives and fostering their professional growth is integral to our ability to stay on top of industry trends and better serve customers.