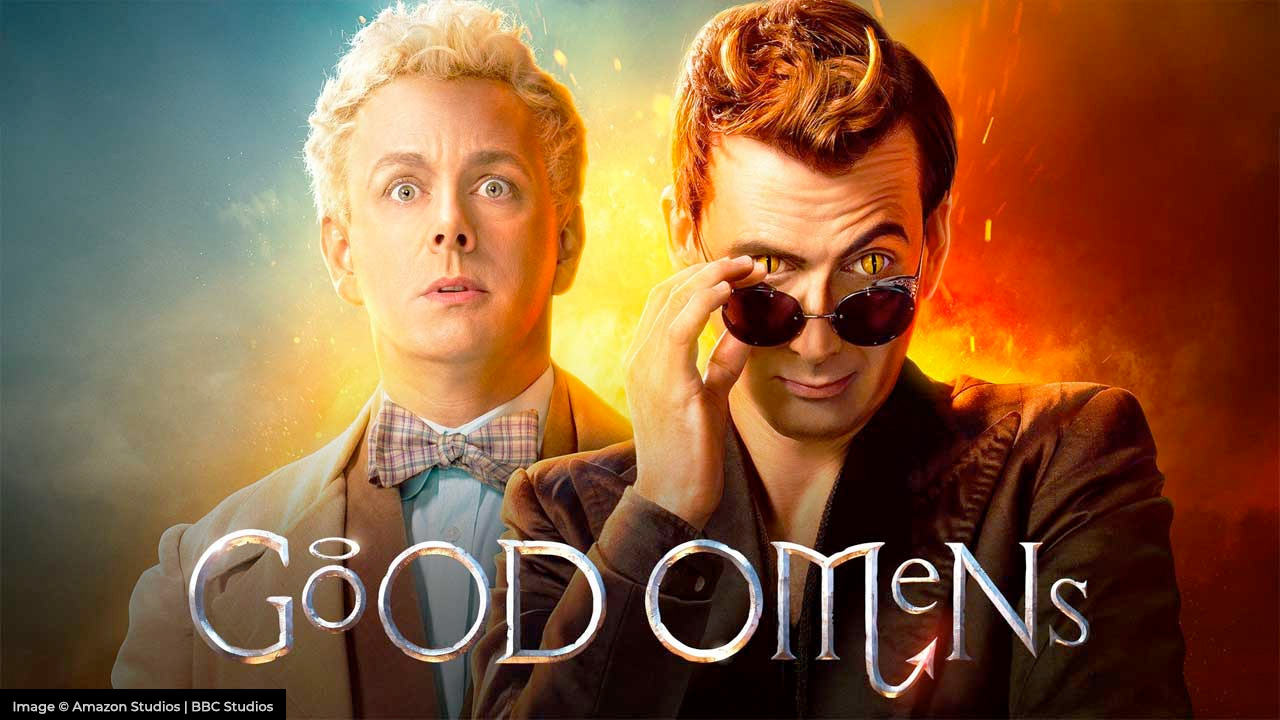 Good Omens, a fantasy/horror Neil Gaiman adaption of Terry Pratchett’s novel, for Amazon/BBC. The six-part TV adaptation follows an angel and a demon as they try to work together to stop the end of the world. The show has some delightfully outrageous VFX to drive the equally charming show. The VFX were done by Milk VFX and Molinare VFX.

Here’s another reel, the 60″ Reel, from Milk VFX, showing some different effects from the show.

First, read Behind the scenes: Good Omens by Adrian Pennington at ibc.com. They talk about the creature effects, including the Kraken and snakes, demon wings, and much more. And if you’re wondering about the software used in the program:

Rendering was in Arnold, compositing in Nuke with effects in Houdini and Maya for rigging creature work and muscle simulation in Ziva.

And Autodesk Flame and Baselight for color grading

Another interesting article about the VFX is Good Omens: Behind the Scenes by John Creamer at Televisual.

But the vfx didn’t stop with Milk. The grade was with Gareth Spensley at Molinare and, says Mackinnon, much additional vfx occurred there. “There is a development now where a lot of the stuff that the vfx house would have done we now shift into the grade. The tech has caught up with us” allowing directors to sit in with a colourist to create many of the vfx that would have gone to the vfx vendor in the past. With the apocalypse approaching, the weather was a big part of the narrative and “80% of the skies we did with Gareth the colourist rather than Milk. A few years ago, Milk would have done that” but with more Flame plug ins now available in Baselight and other grading systems, the colourist can achieve more. “Neil calls Gareth a warlock because of the magic skills he appears to possess to change things,” says Mackinnon.

Don’t miss Good Omens: The Devil is in the Detail by Mike Seymour at FxGuide. Mike talks to Milk Visual Effects co-founder and Good Omens VFX Supervisor, Jean-Claude Deguara. From the article:

We use our proprietary software CreatureTools for rigging all our creatures. It is a modular rigging package which allows us very quickly build animation rigs for previz or blocking and we build our deformation muscle and fat rigs in Ziva VFX. It means the animators can start work quickly and there is a lot of consistency between the rigs.

Dog, the hellhound, was partially CGI!

Sam Lucas modeled the head in Autodesk Maya, matching the real dog’s anatomy before stretching its features into something quite hellish and grotesque. A final round of sculpting followed in Pixologic ZBrush, with artists refining 40-odd blend shapes for facial expression.