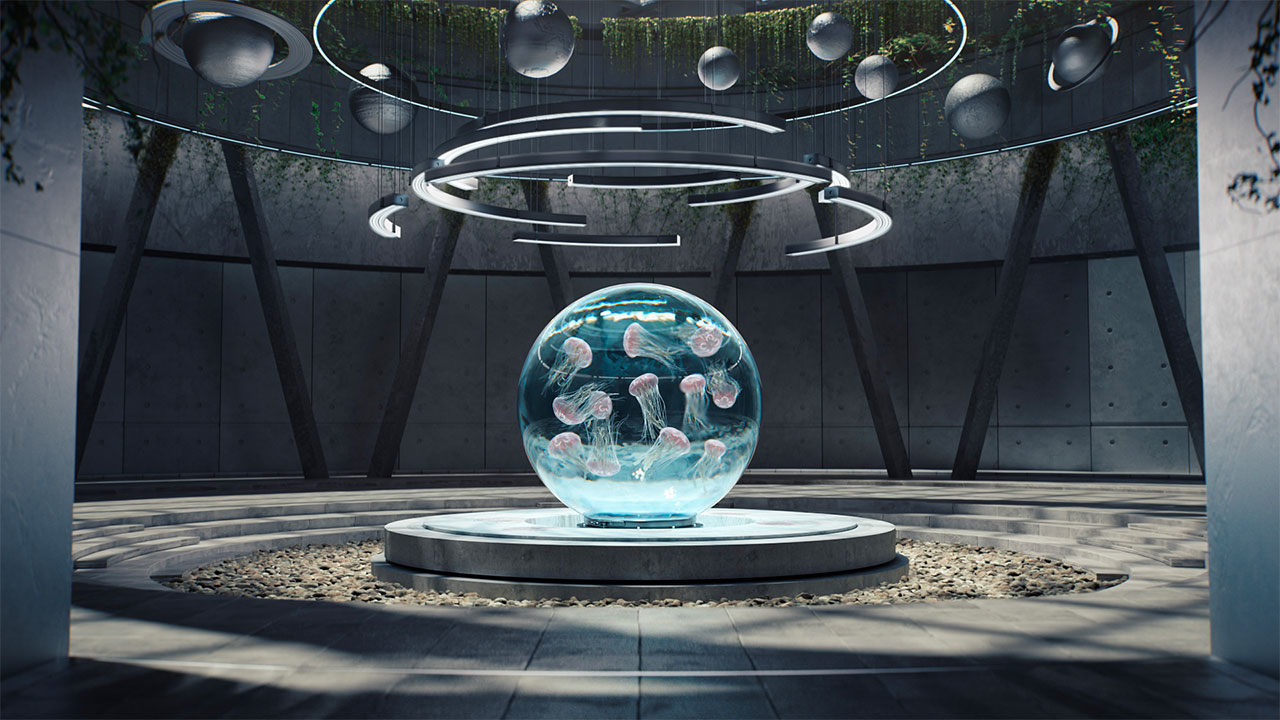 This stunning piece from Substance is for the 10th anniversary of TEDxSydney. Scott Geersen posted on Twitter. He explains that it was made with Cinema 4D, Redshift, and Octane Render.

They have images, stills, and gifs from the TEDxSydney project on Behance.

Offer unprecedented content creation possibilities to the procedural animation toolset in MoGraph. The Fields feature in Cinema 4D R20 makes it possible to efficiently control the strength of the effect using any combination of falloffs – from simple geometric shapes to shaders and sounds to objects and mathematical formulas. In addition, mix and combine fields with one another in a layer list. Re-map and group effects in multiple Fields to control Effectors, Deformers, weights and more.

The OpenVDB-based Volume Builder and Mesher in Cinema 4D R20 offer an entirely new procedural modeling workflow. Combine any primitive or polygon object (including the new Fields objects) to create complex objects using Boolean operations. Export volumes created in R20 sequentially in OpenVDB format and used them in any application or render engine that supports OpenVDB.

More than 150 different node-based shaders offer customers a new and streamlined workflow to quickly and conveniently create shading effects from simple reference materials to highly complex shaders. Get started by using the existing standard material system’s interface with the new node-based workflow. Node-based materials can be made available as parametric assets with a reduced interface.