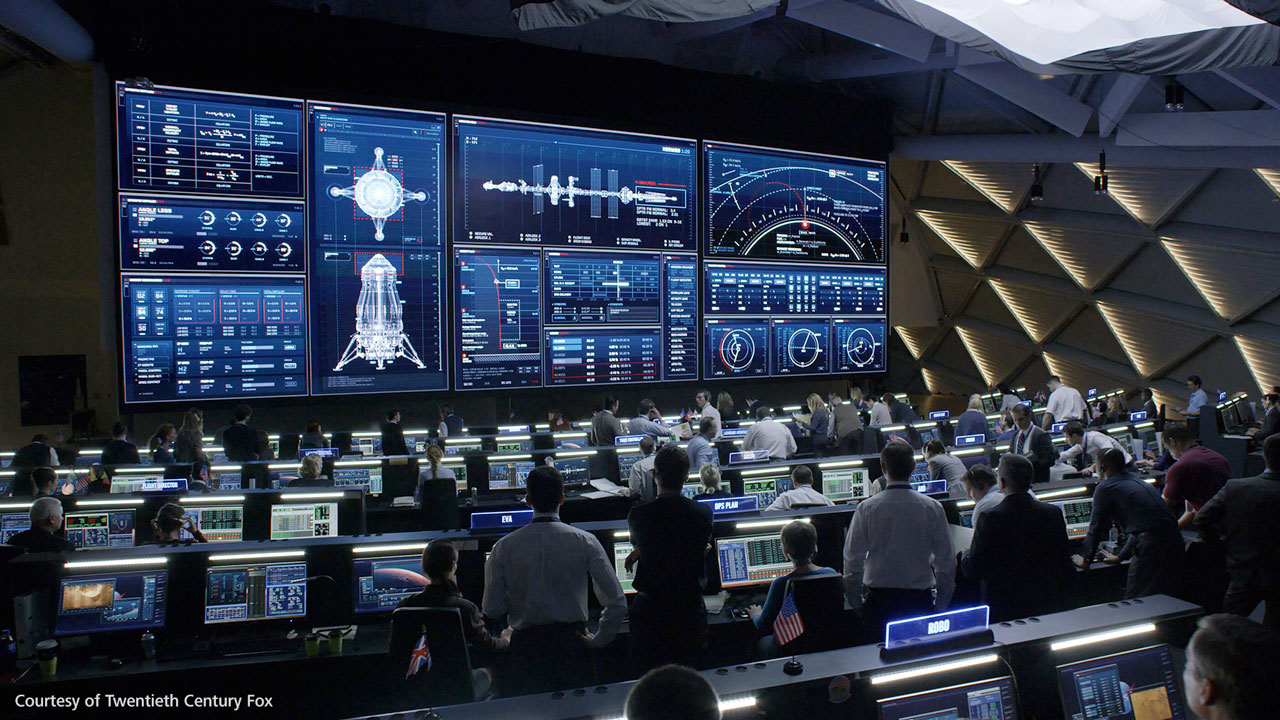 Creating on-screen graphics for actors to interact with and relate to is a specialty of London-based Territory Studio.

Create around 400 on-screen graphics for actors to interact with and relate to, and be scientifically accurate or coherent in terms of existing NASA technology and practices.

David Sheldon-Hicks, founder and creative director of Territory Studio, explains what was involved:

“It was an incredible amount of research, from poring over reference photos of Mission Control and JPL at NASA provided by Dave Lavery, Program Executive for Solar System Exploration at NASA, to vehicle schematics, and the Pathfinder transmission specs. Plus, how NASA received and decoded messages. And, knowing that NASA is always one step ahead of current technology, we had to imagine ways to represent things, thinking about technologies they are testing now or have not even started developing. We also needed to understand what the on-screen data feeds meant and why they were necessary and when they came into play. Sometimes it felt like a crash course in rocket science and space exploration – it was definitely interesting but it also made the work more challenging to try and get our heads around.”

“As always, Cinema 4D was a reliable tool that gave us all the options we needed to create the huge number of screens for Ridley Scott’s The Martian.” – Peter Eszenyi, head of 3D.