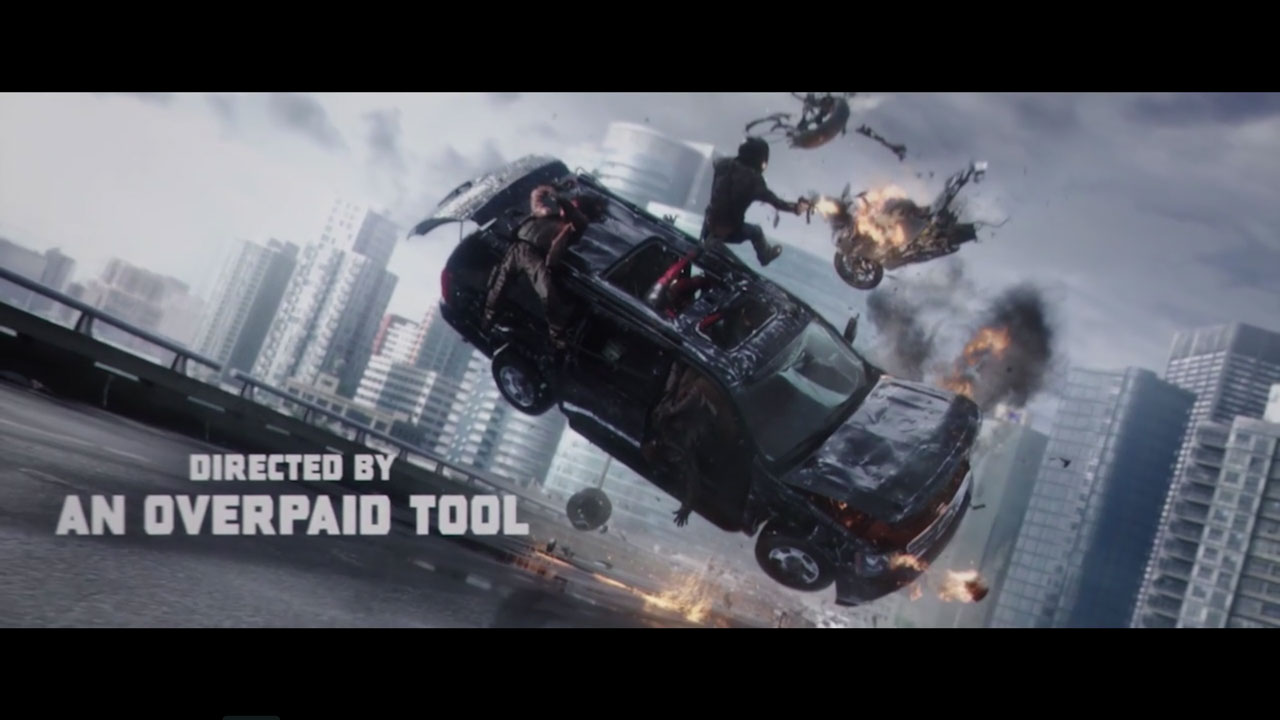 Found via Art of VFX

Art of the Title has a discussion with Director TIM MILLER and Layout Supervisor FRANCK BALSON of Blur Studio about the thought process behind the title sequence, the greatest wedgie ever and why they decided to  introduce Deadpool by his junk.

Could you talk about the importance of timing in the sequence? It’s very rare that title designers or VFX artists really have to worry about something like comedic timing, but this sequence is just full of sight gags, jokes, and easter eggs. How did you handle that?

Franck: With lots of iteration. [laughs]

Tim: It was actually quite tricky. I’m not a comedic director at all, but it taught me a lot about comedy. During testing we had a version of the titles that was, let’s just say, less successful. The audience didn’t laugh as much and it really had a cooling effect on the first 10 or 15 minutes of the movie. People didn’t start laughing and so it was harder to get them laughing as we moved in deeper into the first act. It was surprising how much it affected the way the movie played!

We were trying to find the right balance. We weren’t going for big laughs, we were going for chuckles. So it was more of a reductive process. We had more jokes in there initially, but it felt cluttered. The audience spent so much time trying to decode what the jokes were that they didn’t enjoy the ones there. So we pulled it back.