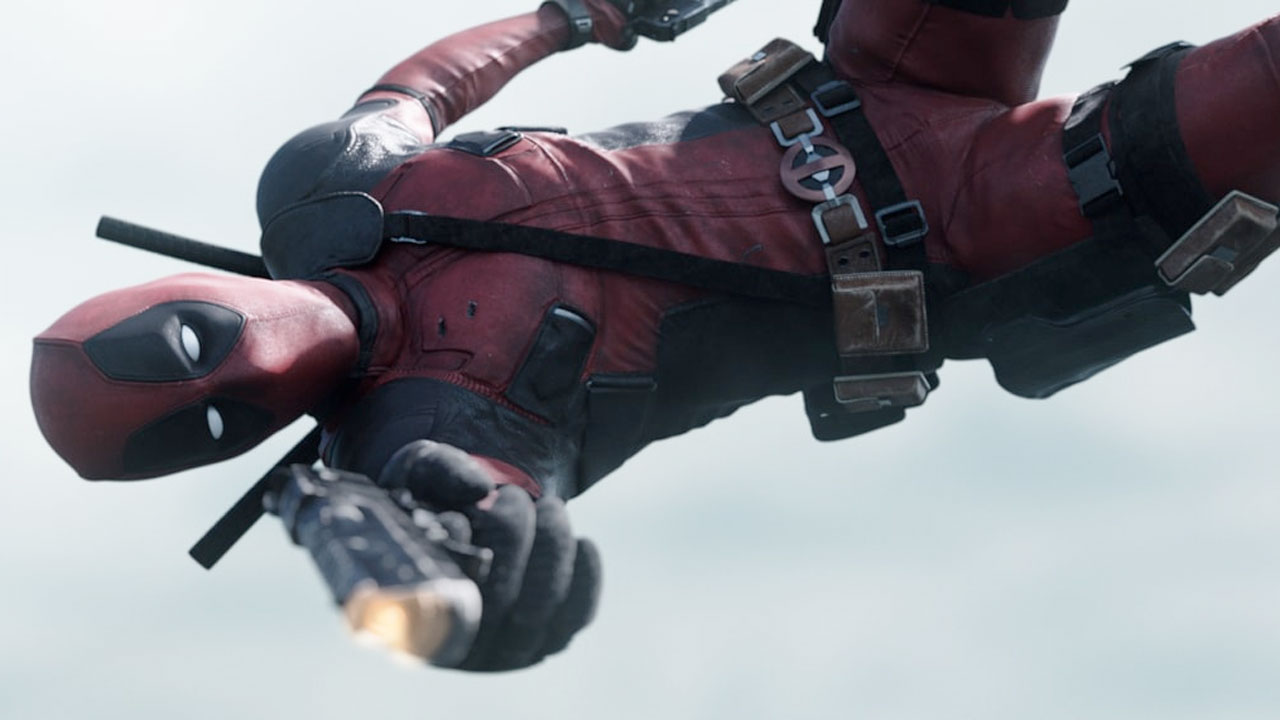 Go deep inside Deadpool’s deadliest effects at FX Guide, and see how they created everything from the synthetic environments for the freeway chase and the fully CG character Colossus to Deadpool’s facial animation and the incredible frozen opening sequence. Software used: Maya, V-Ray, Katana, Houdini, Nuke

Designing a title sequence for laughs is harder than you think

Deadpool’s opening titles – a 85 second full CG frozen moment mid-freeway crash that’s populated with such titles as ‘Directed by an overpaid tool’ and ‘Produced by asshats’ – has already garnered incredible attention and praise for establishing the irreverent tone of the film. But just formulating and pulling off a sequence that establishes the right feel and introduces Deadpool was not easy. In fact, it took careful planning from Blur Studio, under visual effects supervisor Pauline Duvall, to bring to the screen.

Just working out how to introduce the central character was a challenge. “How do you introduce a character that is so not the usual super hero?” – that’s one of the questions Blur’s Franck Balson, who helped devise the sequence, had to ask. “Basically we came up with the idea of introducing him by his junk – it’s frickin' Deadpool, man! He’s not your traditional superhero. Then we had the idea of a constant pullback inside the car that reveals all the thugs Deadpool is fighting, and he’s pulling a pulling a wedgie on one of the guys, putting his eyes into the fingers of another dude.”

To make the all-CG shots, Blur initially previs’d the action. Then, since the frozen moment was intended to hook up with a later view of the crash that would be orchestrated by Atomic Fiction, Blur received assets from Atomic and then adapted them for the studio’s 3ds Max and V-Ray pipeline. “We had to up-res a lot of things,” notes Balson. “The title sequence is macro photography for half of it, where you get really close to small parts of the car.” 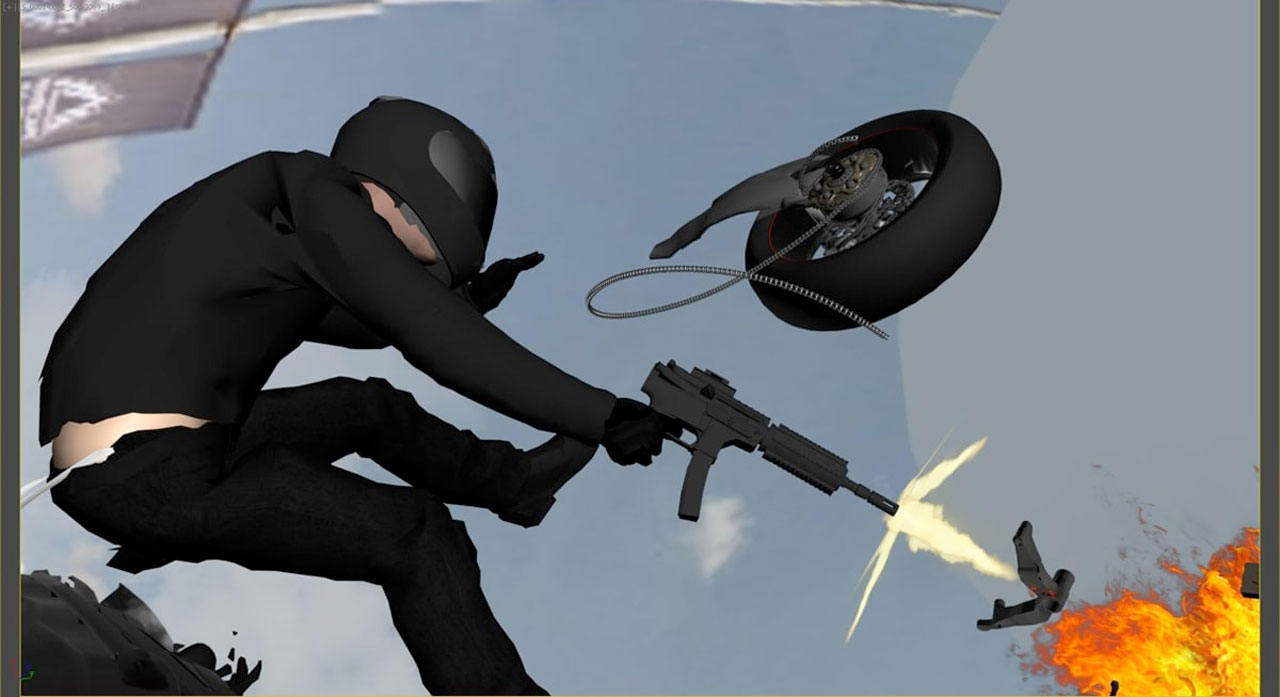 Previs frame by Blur from the opening titles. 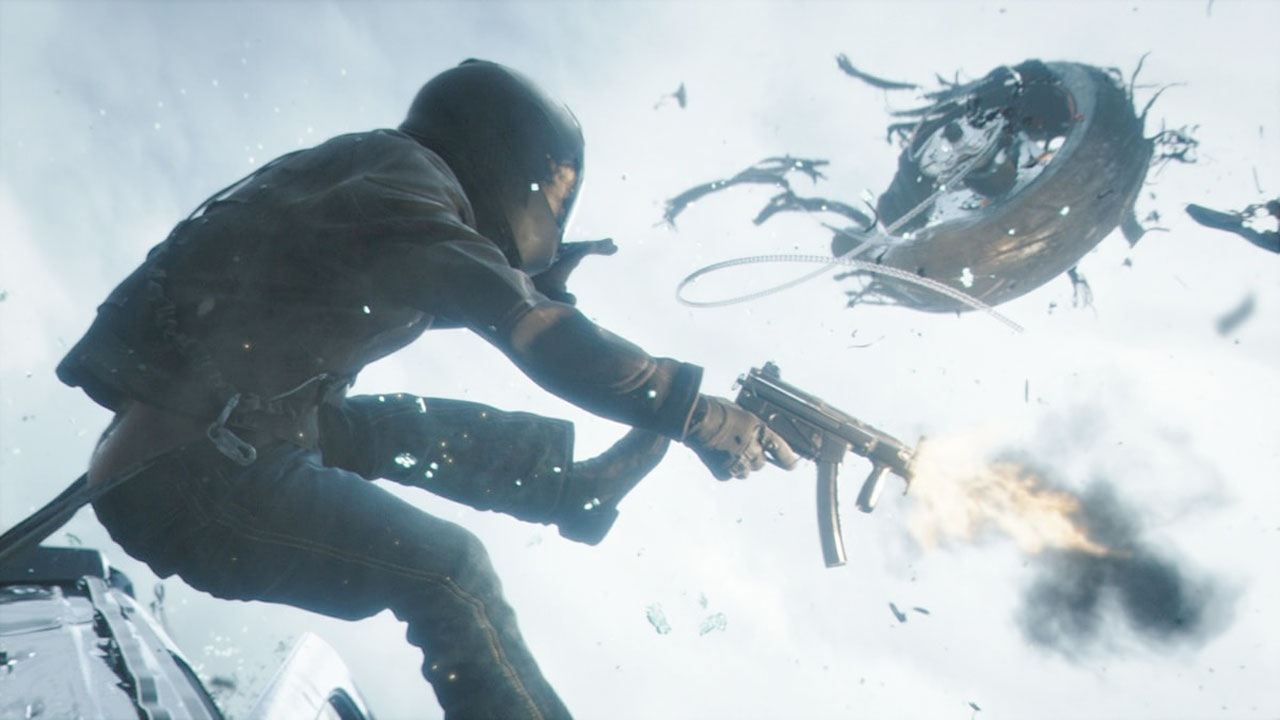