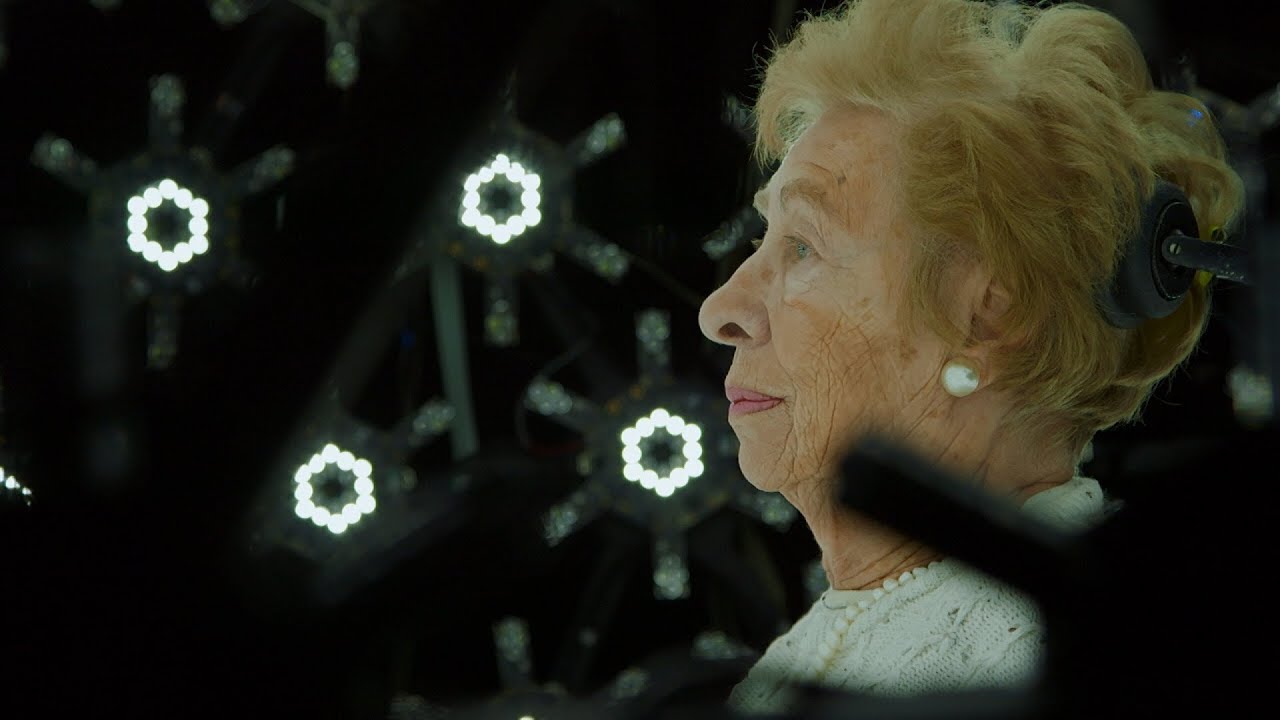 This is a very interesting use of interactive hologram technology to preserve the stories of Holocaust survivors, many who are in their 70s and 80s. Anne Frank’s stepsister, 88-year-old Eva Schloss, a survivor of Auschwitz, has been made into a hologram so that future generations may hear her moving story. The film was shown in New York during Eyewitness: Presenting the Holocaust on Film.

This is part of the New Dimensions in Testimony exhibit at the Museum of Jewish Heritage in NYC. The exhibition has been held over until April 20, 2018. From the website, “Visitors ask questions and lifelike projections of Pinchas and Eva answer those questions in real time—offering personal reflections about life before, during, and after the Holocaust. Specialized recording and display technologies and next-generation natural language processing revolutionize the ways we can communicate and learn from each other across time and space.”

In the exhibit, museum visitors can ask questions of Holocaust survivors Eva Schloss and Pinchas Gutter.

116 Cameras is a look at how the holograms of Eva Schloss were captured, using 116 cameras and on green screen. The film is a contender for Documentary Shorts category for the 2017 Oscars, which will be announced January 23. The documentary runs 16 minutes.

Watch the full documentary at NY Times or embedded below.

MetroFocus talks to Eva Schloss and Davina Pardo, the director of “116 Cameras”, from Birdling Films.