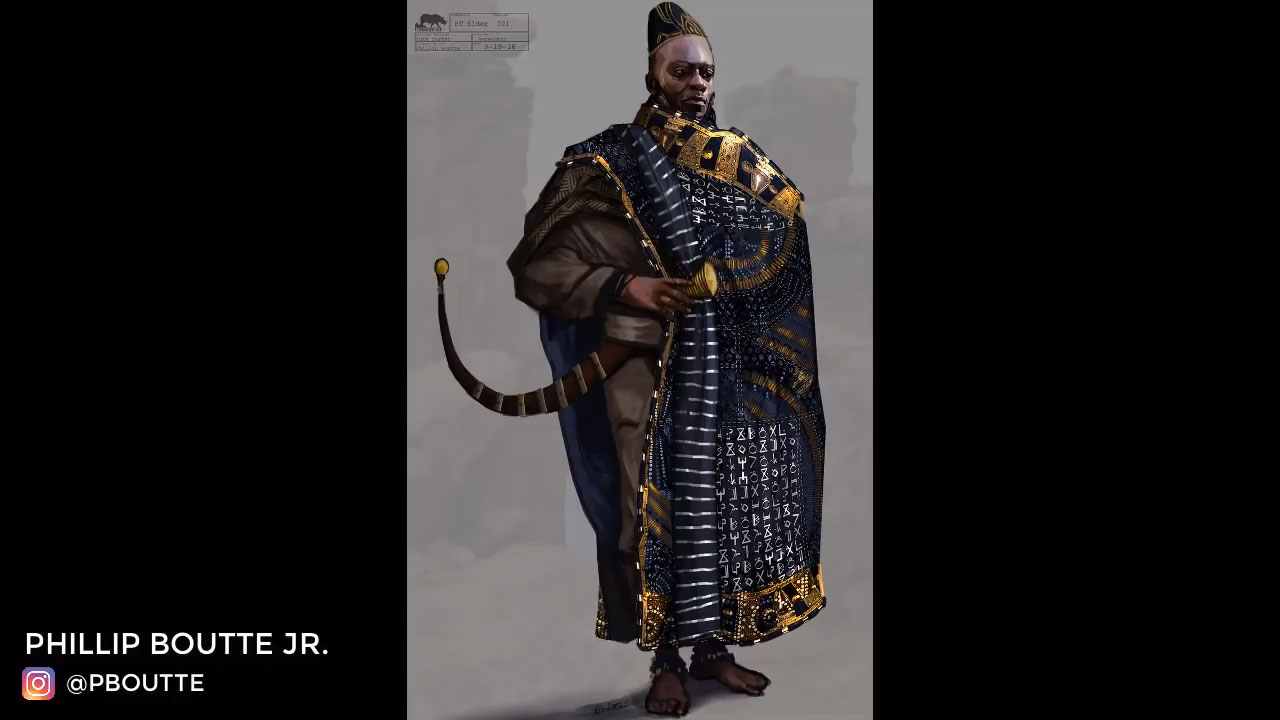 Last Thursday I volunteered at the Mosaic Film Experience, which is a film festival with creative and educational workshops for high school kids. It’s geared toward kids who may not have access to equipment or media education, to help build and inspire the next generation of filmmakers and media artists. The highlight, for me, was meeting Phillip Boutte. Jr., who is a costume concept designer. His work is phenomenal and he’s a super nice guy.. Check out his reel and an interview about his career, plus photos and videos from The Mosaic Film Experience 2018.

Phillip is at the top of his game, creating costume designs for Marvel, Madonna and more. You might recognize his work from Black Panther, A Wrinkle in Time, Kingsman: The Golden Circle, Guardians of the Galaxy Vol. 2, Madonna: Rebel Heart Tour. He has also worked on costumes for Thor, X-Men series, Westworld, Ghost in the Shell, Ender's Game, The Hunger Games, The Twilight Saga, Captain America, Star Trek, Mission: Impossible, and more.

I talked to Phillip after the event and asked him a few questions about how his workflow. He said he sketches a lot of his work on iPad but uses Photoshop; Illustrator; Coral Painter; and Zbrush to digitally sculpt the costume concepts. I asked him about using 3D printing in costume design and he said that they used it in Angela Bassett's costume in Black Panther, with her hat and giant shoulders in her costume. It was really interesting how he used elements from tribes from all over Africa in his design for Black Panther and he showed exactly how he used that inspiration.

Bobby Chiu from Schoolism talks to Phillip. I have it set to 1:30, where the interview begins.

BlackTree TV has a nice featurette on Phillip.

Maranda is a West Michigan tv personality and she interviews those involved with MFE.

I just snapped these on my iPhone so don't expect professional quality! 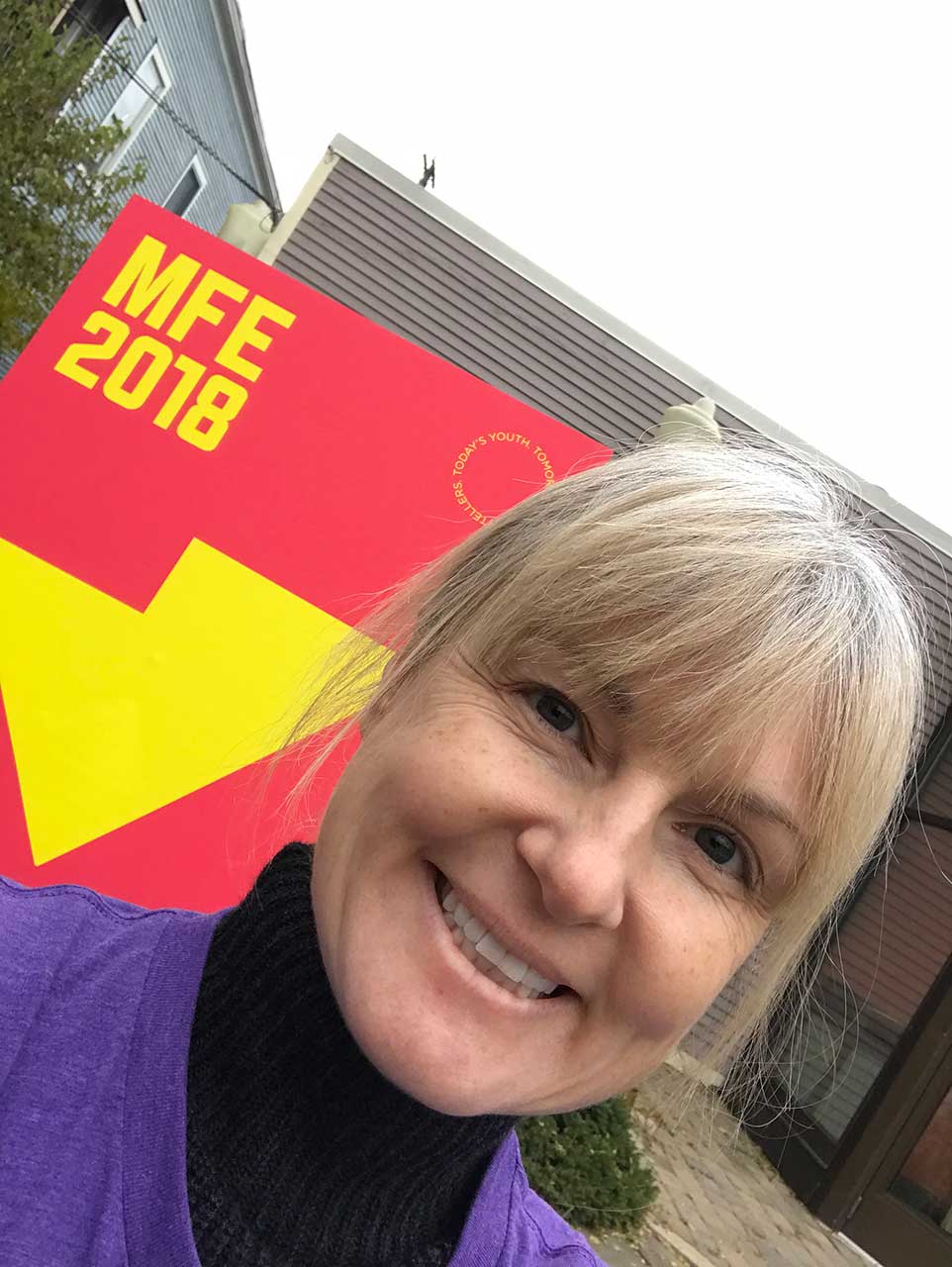 Me, waiting for students to arrive. 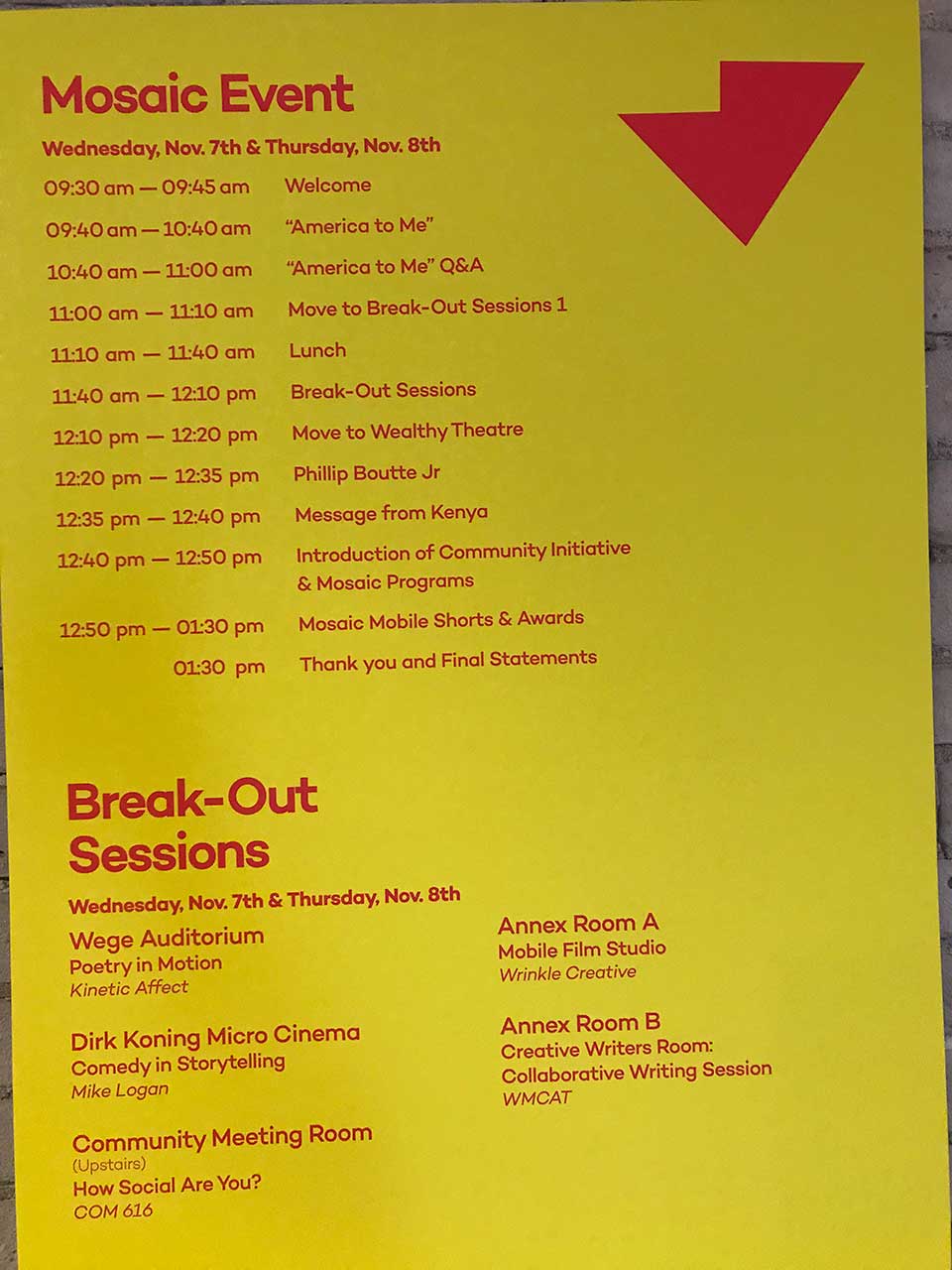 The schedule for the day at Mosaic. 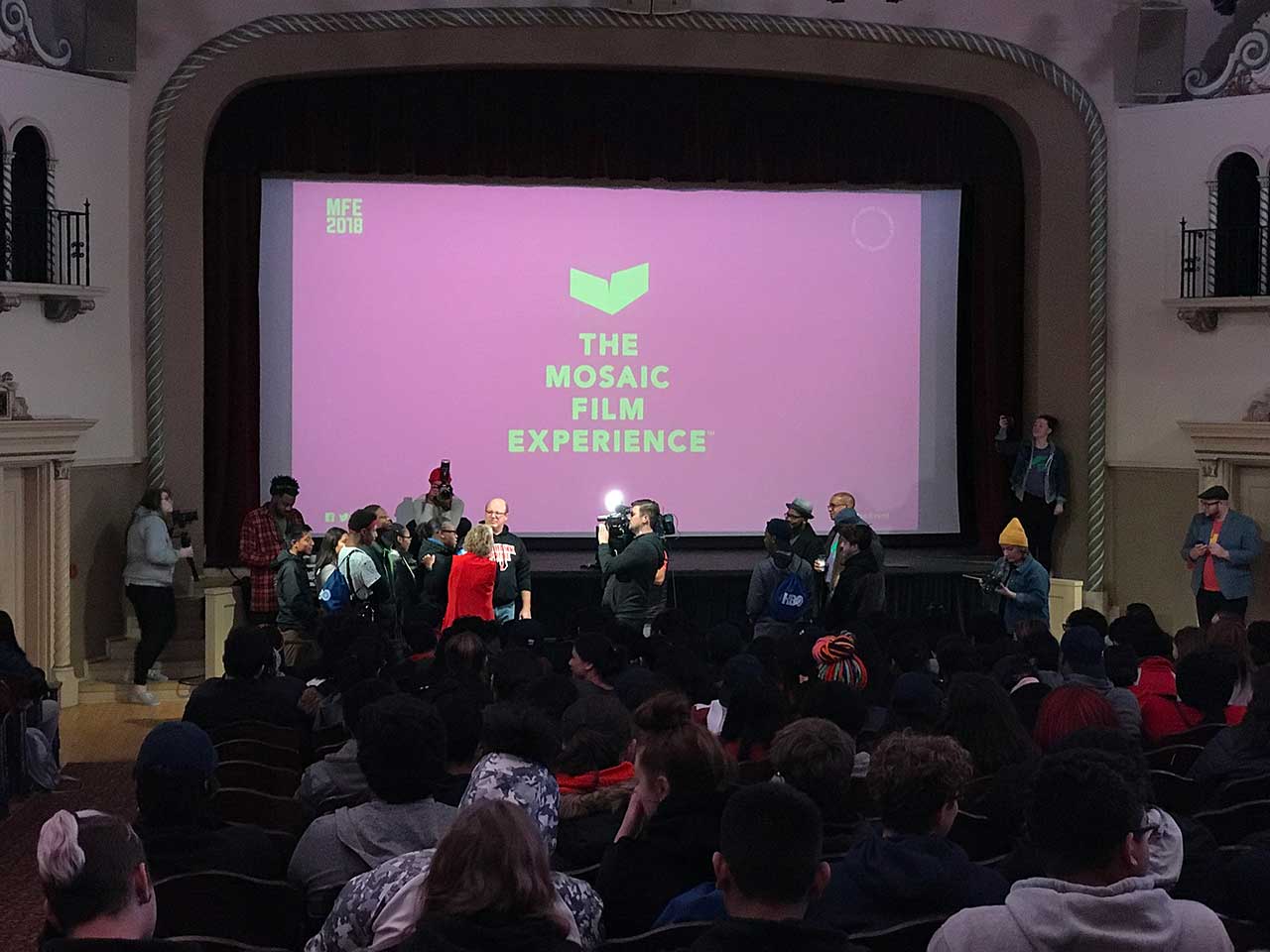 This was taken during the live broadcast with Maranda. 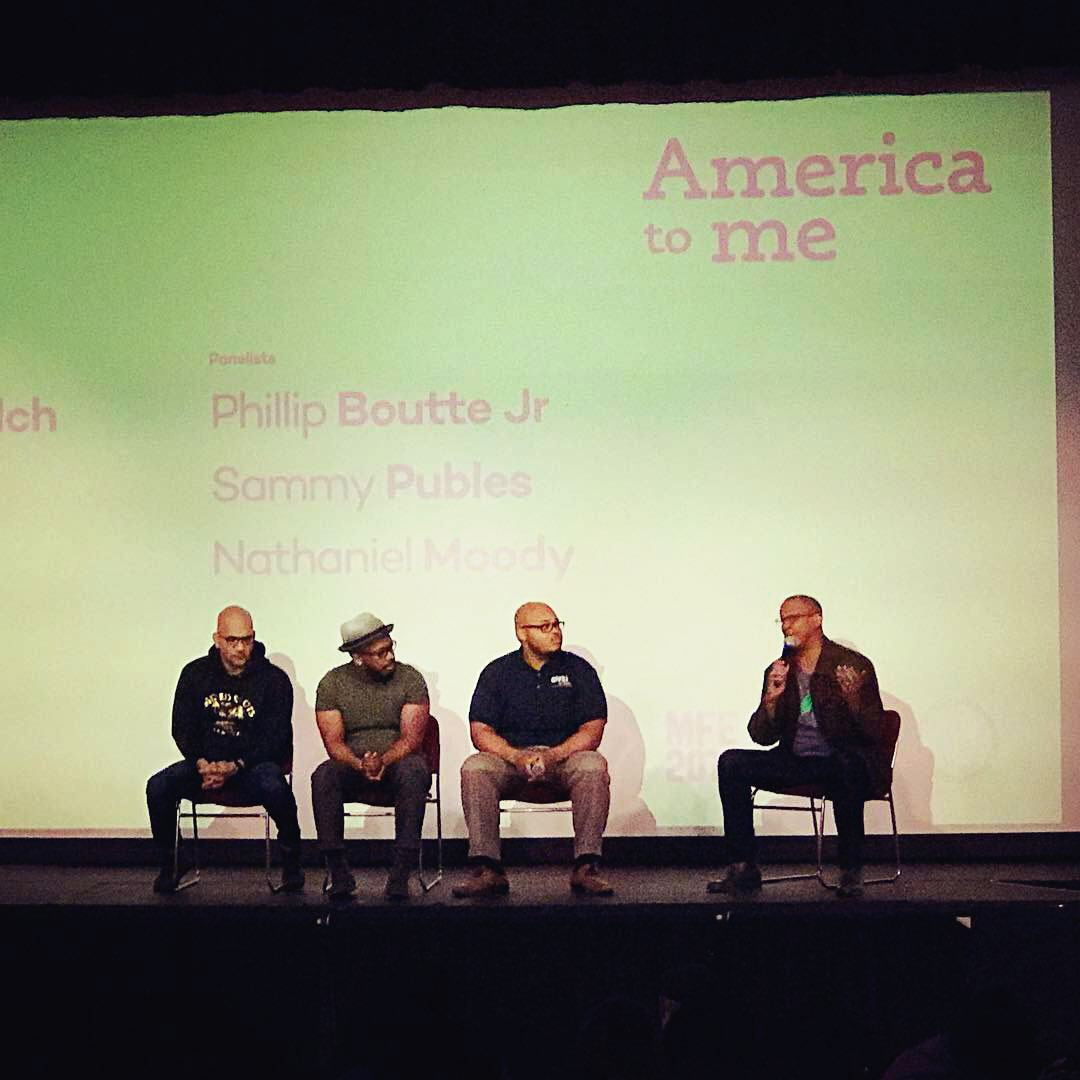 This is a panel of speakers and instructors at Mosaic. Sammy Publes is an actor and is on the left. Phillip Boutte, Jr. is in the center. Nathaniel Moody is the third person on the panel. They are being interviewed by Skot Welch, the founder of the Mosaic Film Experience. 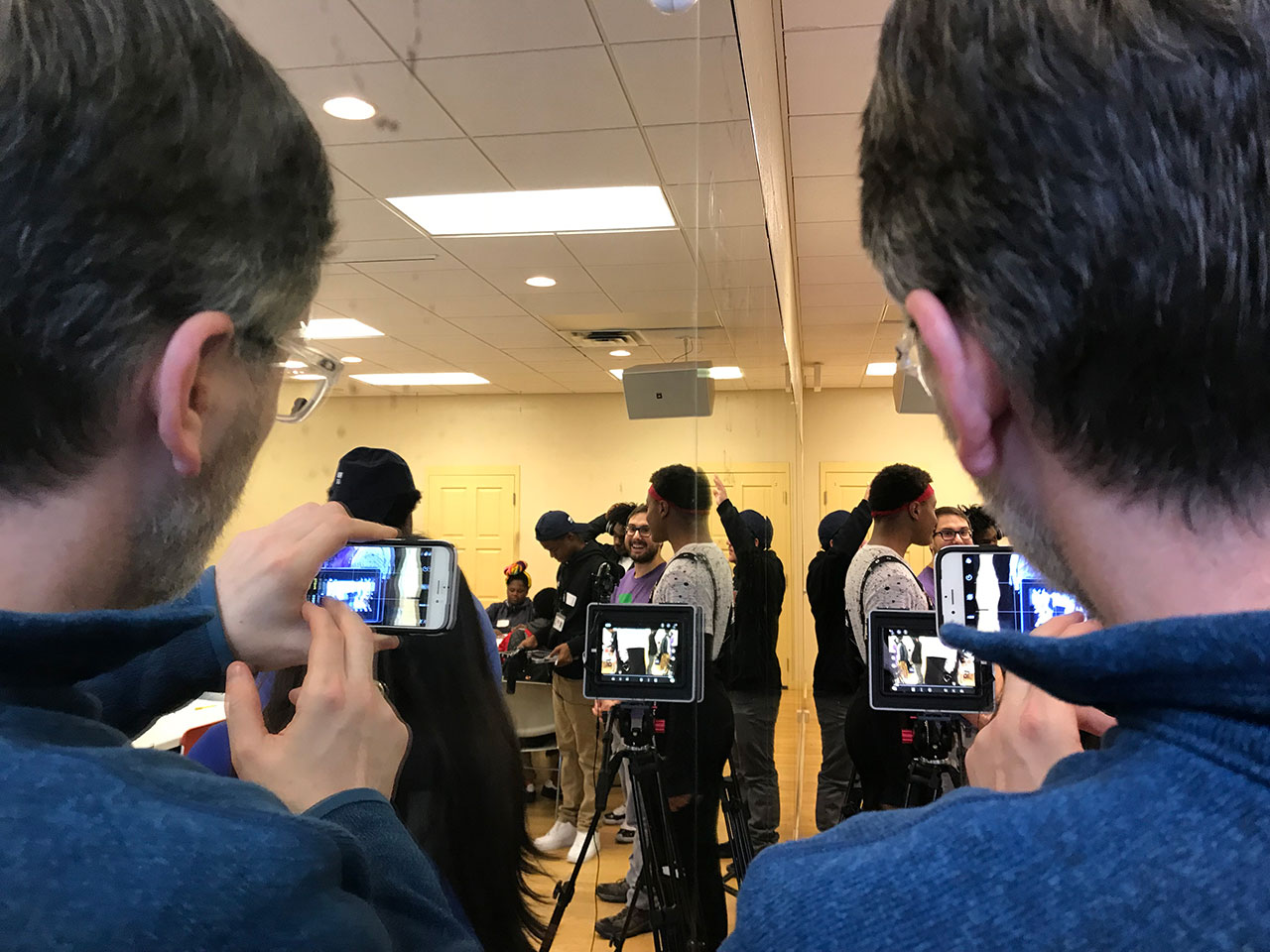 This is a workshop led by actor Sammy Pueles and Wrinkle Creative where students write, act, and shoot a full film short in 20 minutes. Randy Strobl of Wrinkle Creative is in the purple shirt. 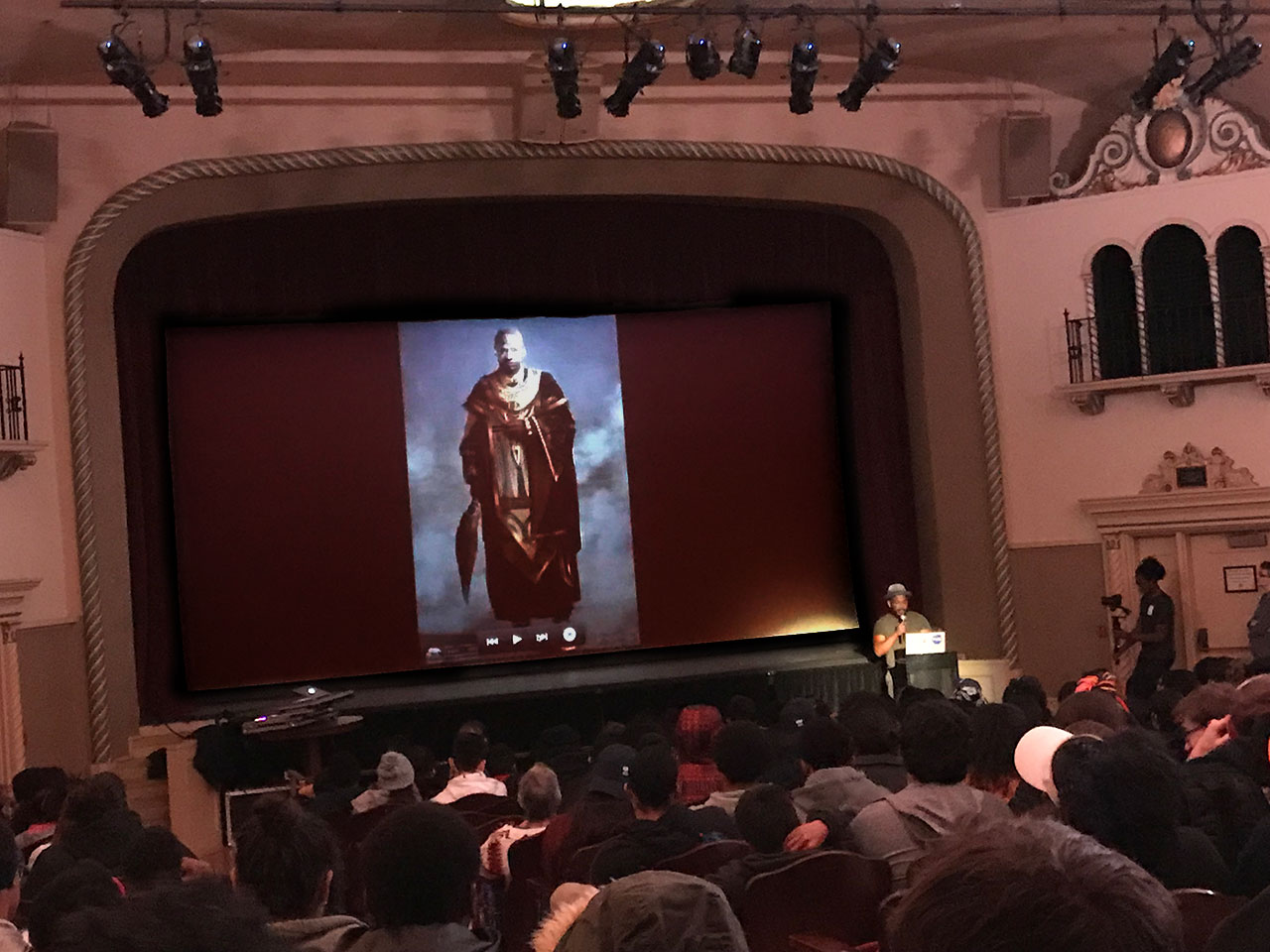 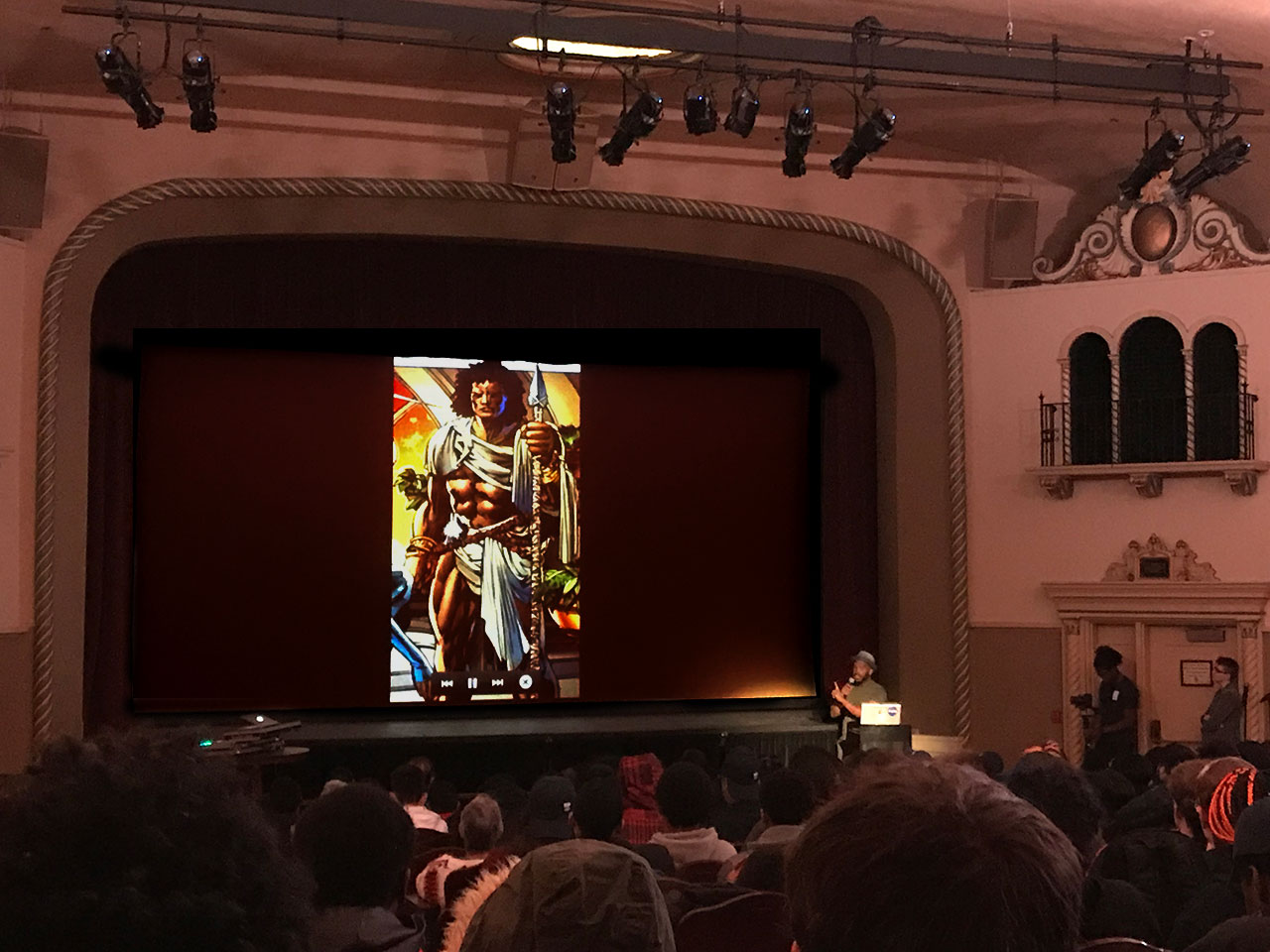 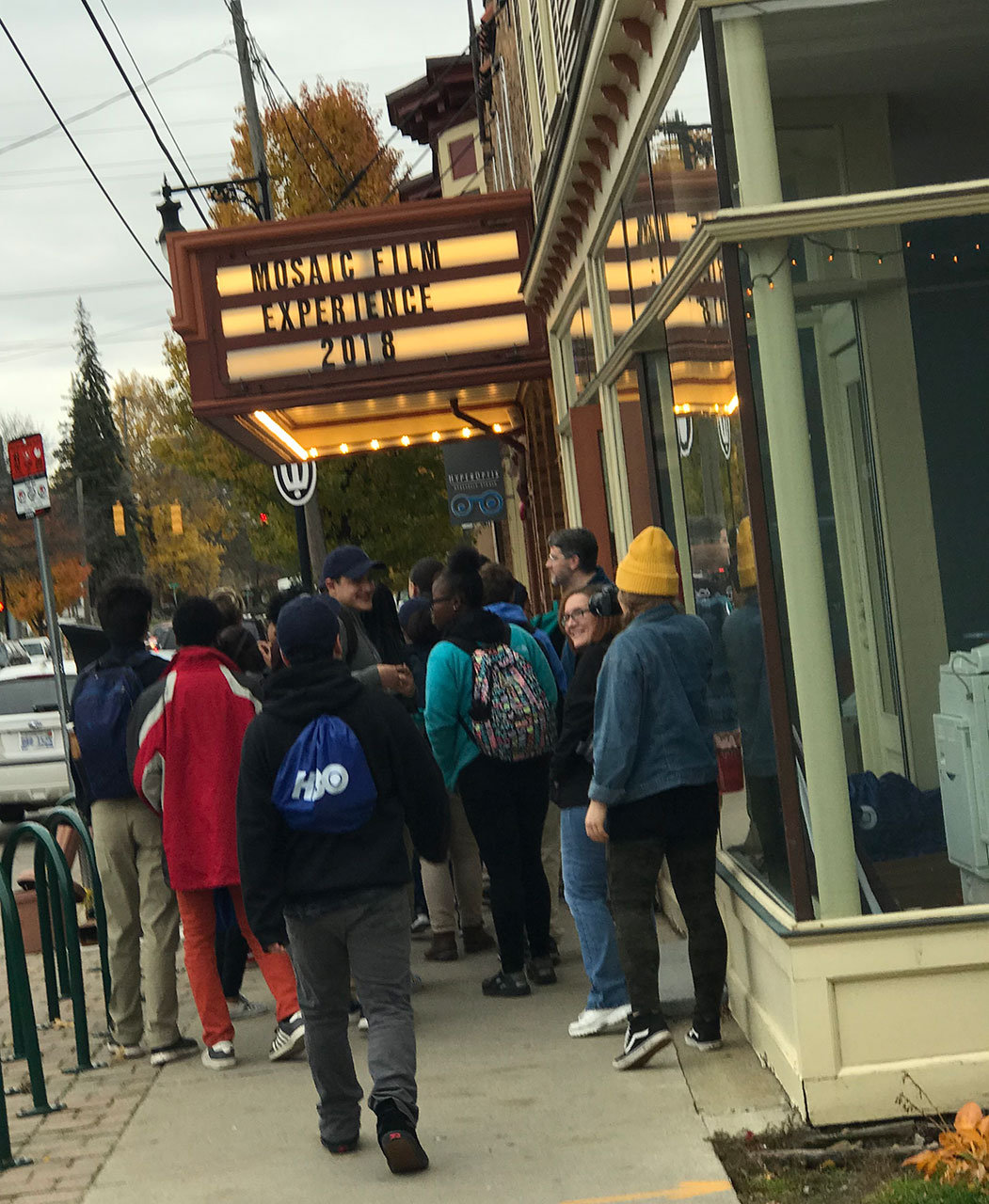 Students outside the Wealthy Theatre.

If you're curious, here are the student finalists.