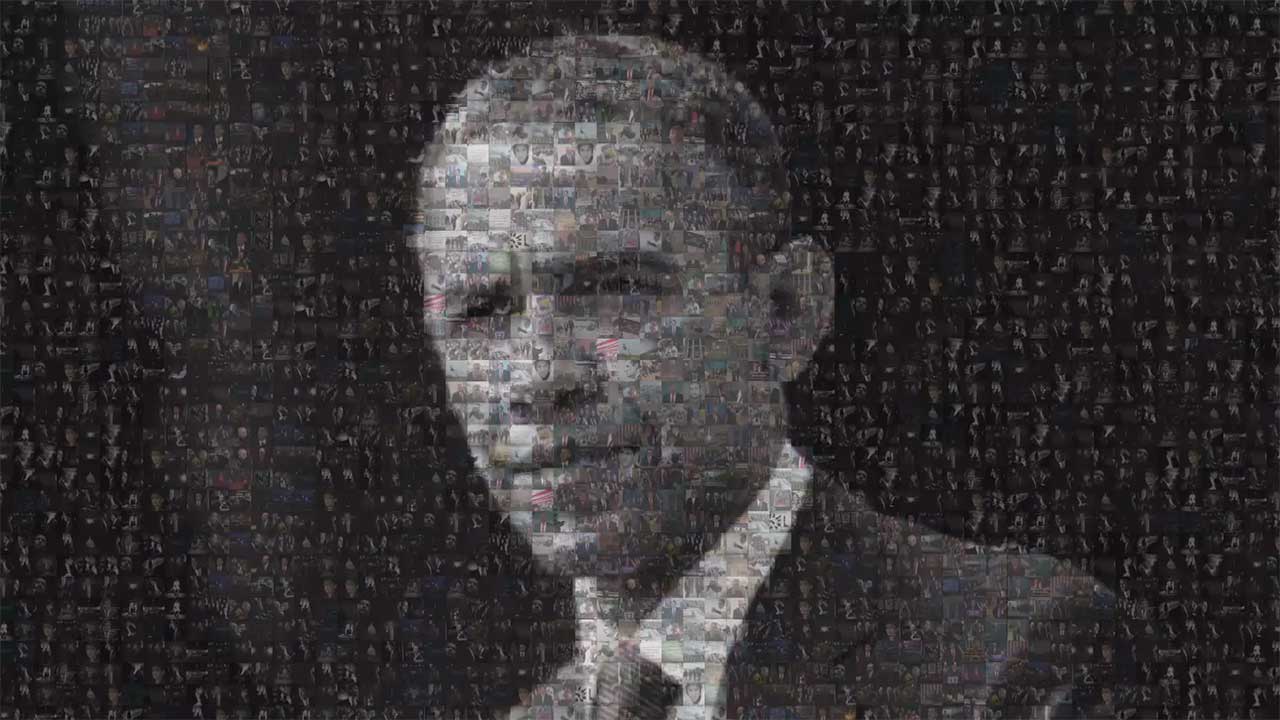 Steve Audette created this impressive prologue for an upcoming FRONTLINE episode with Avid Media Composer and After Effects, using the Card Dance filter.

The Prologue to FRONTLINE’s Divided States of America

Steve explains for creating the FRONTLINE’s Divided States of America

The process for making this animation is not as complicated as it might seem.

It starts by placing Avid Media Composer “markers” on every shot in our 4 hour series. Select file, export Tiff sequence (markers only). This creates a folder of DNX145 Tiffs of cleared images. That folder of over 500 images is used within the mosaic software to generate the mosaic picture of President Obama (we used Mosaizer)

That Mosaic was then brought into Adobe After Effects and using the “card-dance” effect, the image was animated so that the various picture elements of the mosaic exploded into z space, then over duration of the prologue land to form the mosaic image..

The timing for the animation was determined by the audio tracks we built into the sequence on the Media Composer. The additional video clips were added as layers in the sequence and then re-compsited in 3D space in After effects. Motion effect and Camera Blur were also used. (I wish I had built a depth matte for the cards, but hey – next time.)

Here is the program that the animation was created for PBS Frontline.

Happy to answer any questions. Special thanks to Elliot Choi and Barry Clegg for their help while I was editing the documentary. Could not have done it with out you guys!