Midweek Motivations: Predictions for 2018 with Lots of Inspiration 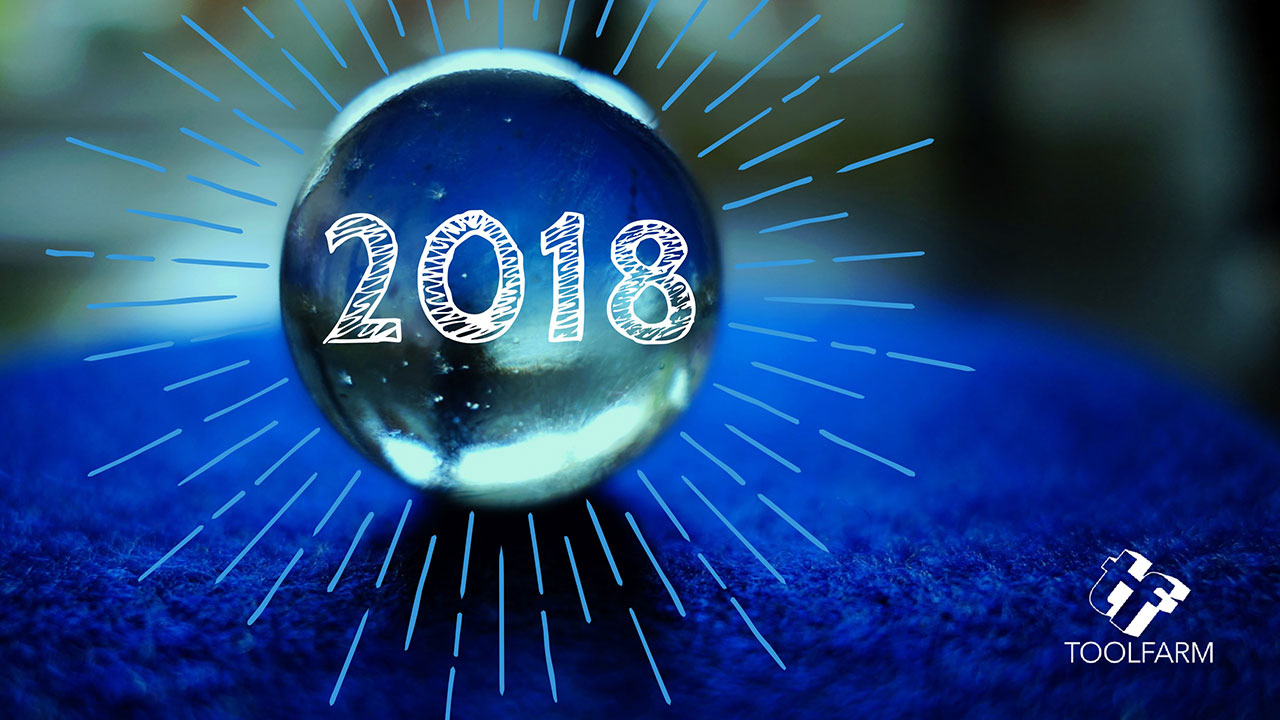 Now that 2017 is almost over, it’s time to peer into our HD holographic 360° VR crystal ball to 2018. What changes and innovations do we see happening in the coming year? Read our 2018 forecast and find out!

Pretty much every high school kid I know got VR glasses for Christmas. In other words, the audience is building fast. For the video production field, the work will grow in this area as the market finds more useful, and some very unuseful ways to use the technology. Expect to see more music videos, POV travel and adventure videos, games and more coming to the public.

Editors will get better at covering seams and strange warpiness in videos and the quality will get a lot better as more people get comfortable with the tools and software.

Blackmagic Design Fusion Studio 9
Fusion 9 was announced at Siggraph in August 2017. “Fusion 9 has been designed to support the latest workflows and features new VR tools, entirely new keyer technology, planar tracking, camera tracking, multi user collaboration tools and more.” They really focused on VR in this release with a full 360º true 3D workspace, along with a new panoramic viewer and support for Oculus Rift, HTC Vive and other VR headsets.

Boris Mocha VR came out in February 2017 and is based on Imagineer’s Academy Award-winning planar tracking algorithm. It includes a native 360 optimized workflow for familiar 360° video post-production workflows.

Mega Coaster: Get Ready for the Drop (360 Video)

This video contains some gorgeous footage in the Andes and some text with facts about Bolivia. Simple, yet interesting.

Here's an example of a music video where the singer is cloned in the video.

Note: There's some NSFW language in the song.

Santa Claus and the breakfastgirl AR

Projecton Mapping has been growing in popularity over the past few years and it may be exploding in 2018. You'll see it in everything from advertising to art installations, from wedding cakes to holiday decorations. Projection Mapping can turn anything into a canvas. Basically, it's projected imagery onto pretty much anything but the artist must take the shape of the object into consideration so that the visuals are not warped incorrectly. And you'll need a pretty high quality projector!

Las Vegas seems like a place where projection mapping will fluorish!