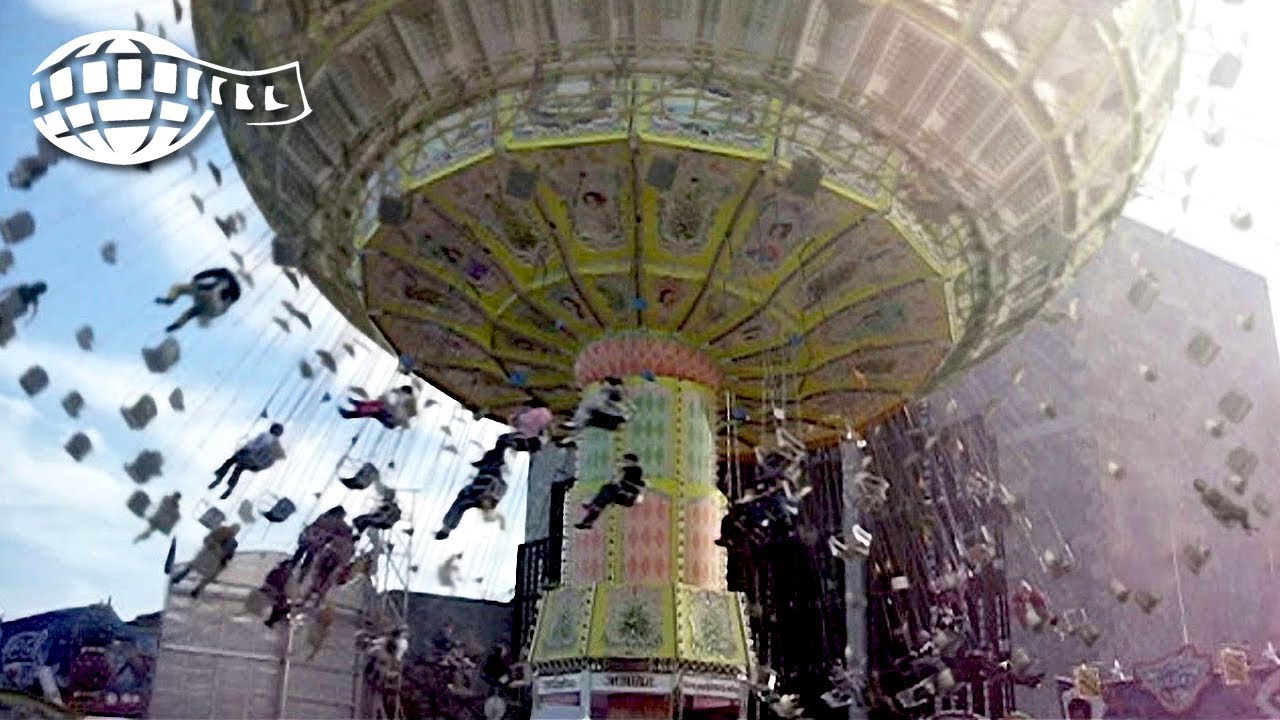 I’ve seen a few posts circulating on social media this week about an extreme, death-defying ride called the Gyro Drop. It immediately reminded me of the Centrifuge Brain Project.  It’s an amusement park ride combined with spinning swings. This video is, of course, a fake, but the unknown creators did such a nice job with it that it has gone viral, with most people believing that it is real. If you haven’t seen it, here it is.

The Gyro Drop actually exists at Lotte World in Seoul South, Korea, but it is a much tamer experience.

We originally posted this video and content below about 4 years ago. It’s still a pretty amazing piece of work! Was Till Nowak responsible for the Gyro Drop viral video?

These are some of the most brilliant amusement park rides that I have ever seen! This epic 6-minute mockumentary is by KurzFilmArgentur Hamburg “gives an insight on scientific experiments with amusement park rides.” I don’t know about you, but I’d like to try that Wedding Cake ride!

The film was written, directed and edited by Till Nowak, and he also did the visual effects and 3D animation. To learn more about the film, check out an interview with Till Nowak by Filmnosis.

If you’re interested in the technical aspects of the project, you’ll want to check out the breakdown and visualization PDF of some of the rides which explained some of the modeling and animation in Autodesk 3ds Max. There is a whole lot of compositing, fog layers, matchmoving, camera mapping, masking in After Effects, and rendering with Chaos Group V-Ray for 3ds Max. He used some subtle filters and RE:Vision Effects ReelSmart Motion Blur in After Effects to finish the shots.

Till Nowak on Vimeo