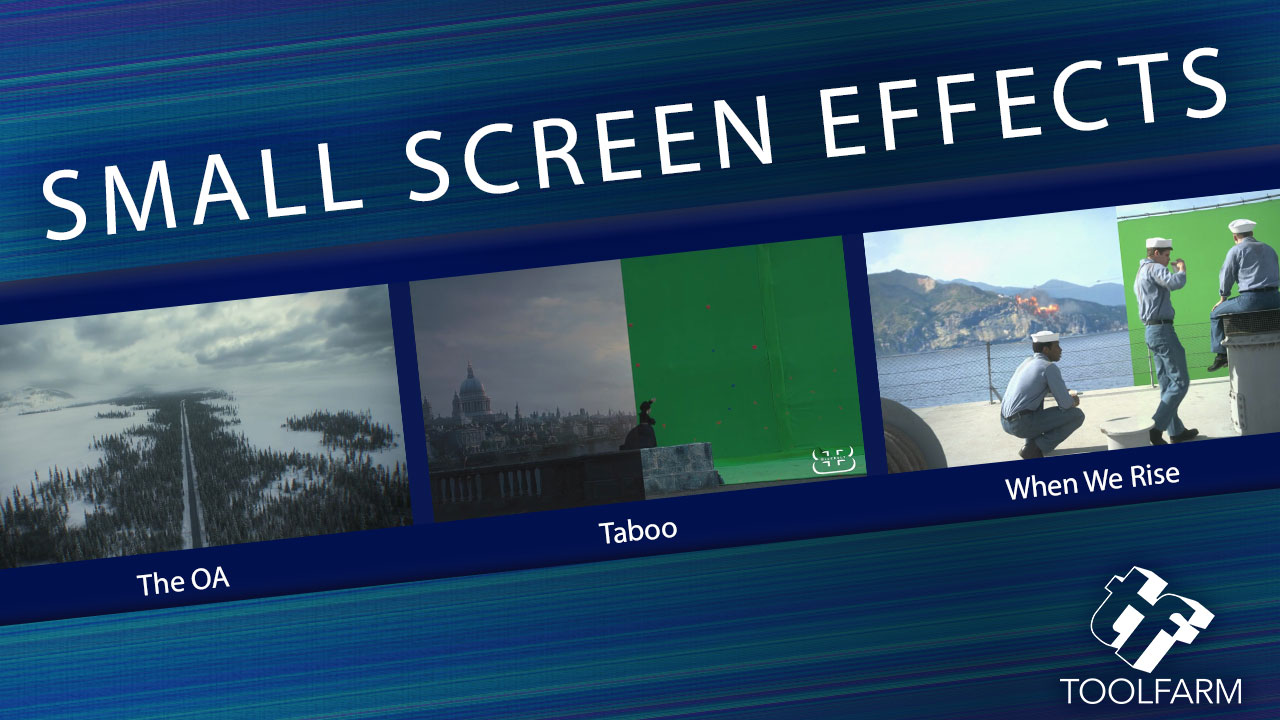 We’ve been doing a Big Screen Effects feature for a while but we think it’s time to focus on some of the amazing photorealistic visual effects on television and streaming services. Today, we’re featuring effects from The OA, Taboo, and When We Rise. All of these show composites that are so good, you don’t even realize that it’s not true to life, but constructed by a VFX team!

This breakdown from RVX shows an aerial shot of a Russian landscape that is completely created by not Mother Nature, but the team at RVX. In the comments they explain, “It's a photogrammetry environment, so rebuilt geo derived from thousands of photographs taken from helicopters, photography then reprojected onto the geo. Added all the trees and buildings, additional snow shaders, falling snow, water glints etc. Glad you like it.” They used Arnold for their renderer.

Best of “When We Rise” VFX

Zoic Studios shows off their compositing chops on ABC's When We Rise, set in the latter part of the 20th century.