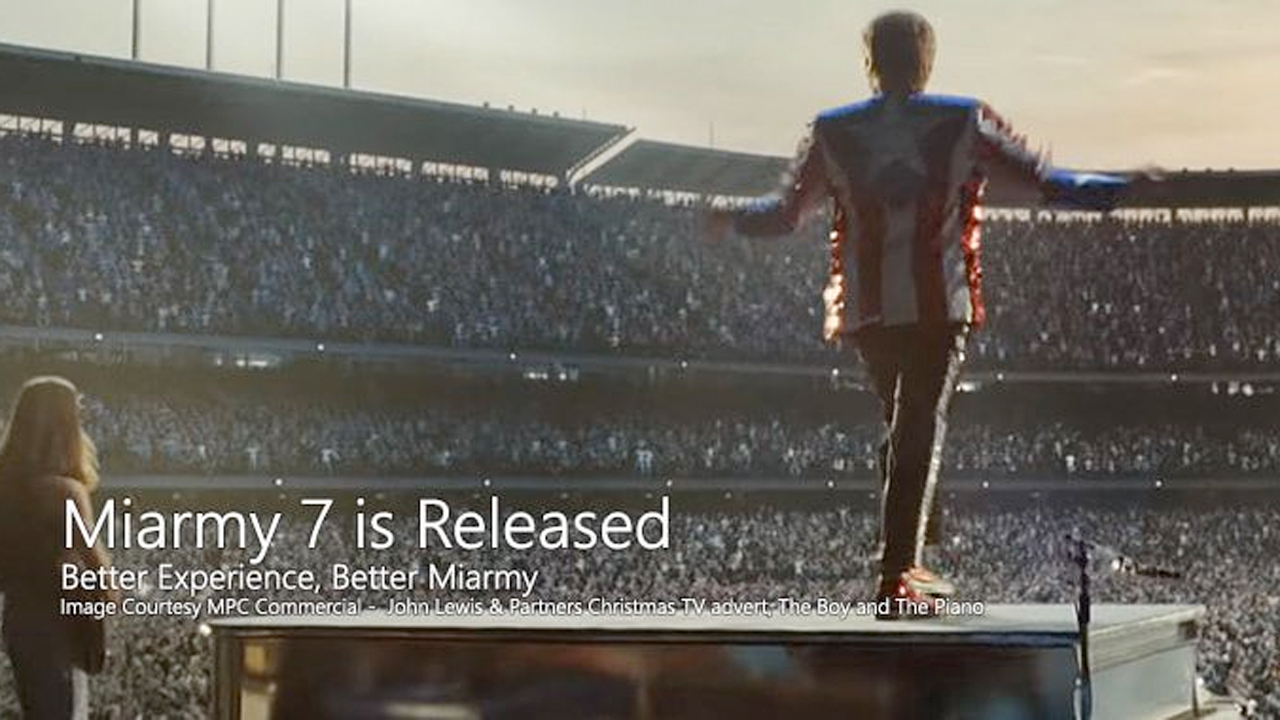 Check out MPC’s VFX Breakdown for The Boy and the Piano.  It shows Miarmy in action:

Standard Bone Tree Builder
In the early versions, albeit we support variety types of rig, there still are some limitations such as we need a non-break full-bone-chain joint tree on the rig, so you might have to modify the rig. From now in the new version, we provided a bone tree builder which allow us to rebuild a standard joint tree cling on the original rig even if it contains overall scale, bone scales or break joints. Then we can use the new generated bone tree to generate Original Agent (OA) and bring it into the crowd pipeline without modifying the original rig.

​Original Agent (OA) Checker
After converting the rig bones and use it generating the Original Agent (OA), we continually need to handle the geometries of character rig, we provided a full set of auxiliary tools (Skinning, UVs and materials checkers) which able to correctly transfer rig geometries to OA. This makes sure we can smoothly finish the OA building and bring the assets into next stages such as real time display and render.

Viewport 2.0 full support
Utilizing the latest OpenGL, we rewrote all display part of the Miarmy nodes and make it better compatible with viewport 2.0. It is more stable and faster than before, also more intuitive on agent selection.

​​Better Geometry Real time display
​Nowadays, the previs quality requirement is much higher, for meet the needs of the customers, we rewrite the real time display feature with the newer instance and GPU features of OpenGL, made it able to display tens of thousands agents in a single scene fast and smooth.

Procedurals
The procedurals of each popular renderer (Arnold, Redshift, V-Ray, 3DS Max V-Ray and PRMan) has been rewritten. Comparing with previous version, it’s faster because we utilized better renderer API and organize the data better and remove the bounding box in the new version render API, and it’s more stable (especially the random shaders part) and more intuitive (automatical export render contents)
​
Texture and Shader
We redesigned and developed the textures and shaders variation pipeline and tools, now it’s easier and more comfortable to work with. We can control the shader and texture randomize with weights and variables easily and add/remove variant directly in GUI. Everything can be customized now, for all renderers.
​
Material binding
With above material pipeline, when rendering the scene, all render procedurals’ shaders are binding to the shaders in Maya scene. It reads the materials directly in scene when rendering rather than export the materials info outside Maya. This optimized the material pipeline and made everything more stable, get rid of any trash nodes creations. Additionally, the Alembic export uses the same workflow.

Render Automation
In the newer version, we can render the agents just like the elements of Maya, get rid of the older exporting and render workflow, most of the render setup and works can be automatically setup. We need to setup renderer correctly first.

New and Better UI and Icons
We updated and created more than 70 icons and node splitters (4K hi-res screen supported), optimized more than 20 UI and window widgets, changed all progress bar and some prompt dialog and file browser version. Made the software more comfortable to work with.

Scene Inspector
Scene Inspector is able to easily search and list scene elements like roads, zones, spots ect, allow users easily allocate and find the stuffs in scene and control them in a higher level.

Logic Inspector
We can use the keywords to search and list the target decision nodes in a heavy scene which contains a lot of logic decision nodes. This facilitates the agent brain debug and logic parameters tweak.

Action Inspector
We can easily check whether the actions and their original agent bone structure and name match.

OA Bone Attribute Inspector
We can use this tool to find the bones which turned on some specific attributes. This allow us inspect and debug our OA much easier when the OA has a large number of bones.