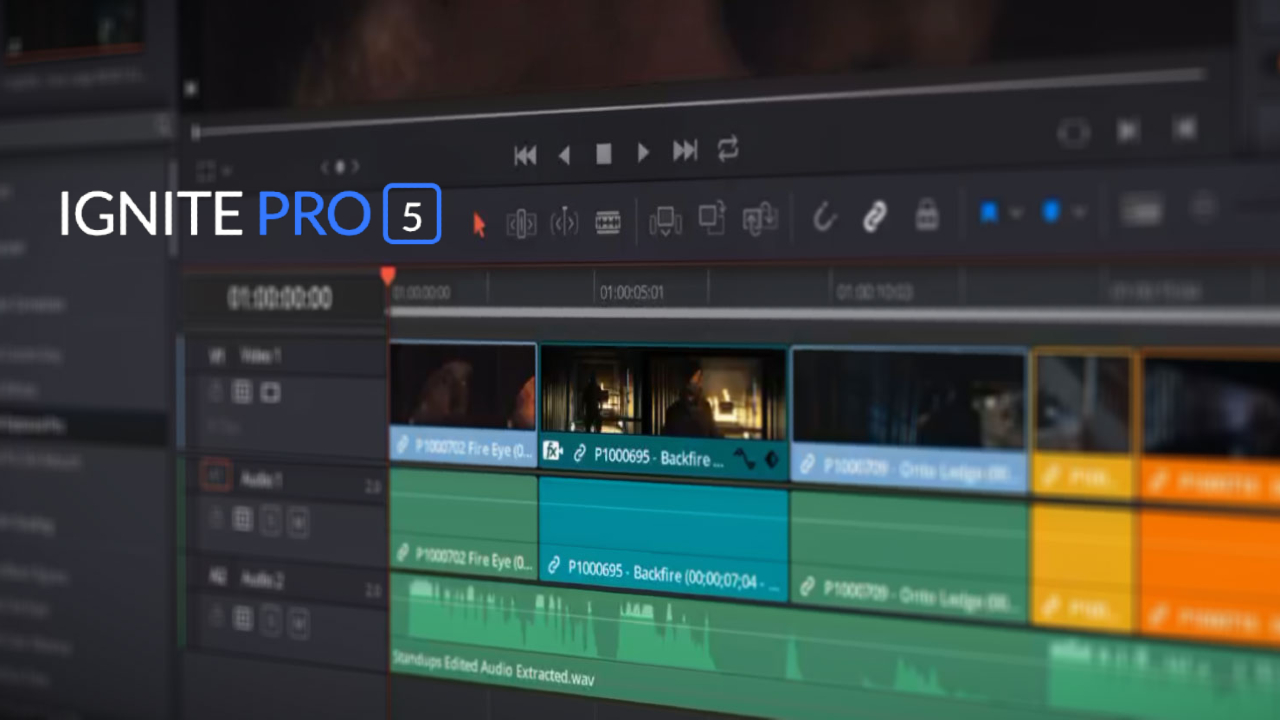 Already in a committed relationship with your editor? No problem. Ignite Pro gives you 190 professional plugins to fire up After Effects, Premiere Pro, Final Cut Pro, or any other major host. Experiment with over 565 visual effects, presets, and the industry’s best suite of 360° filters. No strings attached.

Ignite is intended as a 3rd party plugin for other compatible programs as listed below.

Create stylized glitch, grunge, or surreal effects with the new Chromatic Aberration plugin. This new effect splits the RGB channels in your footage and offsets them to create imperfect color alignment.

The useful Remove Stock Background plugin simplifies, and speeds up the process of removing the backgrounds from stock footage shot on a black or white background, saving you time and effort.

You can now crop footage and animate the crop to control which area of your footage is shown. This effect will come in useful if you’re looking to pan and zoom 4K or 8K footage in post-production to create cinematic effects.

Our dazzling new Presets for the Lightning & Electricity plugin enables you to create even more dynamic, professional-looking thunderstorms, and visual effects.

Each of these presets can be manually customized to create even more unique effects in post-production.

You can easily edit and reframe 360° footage faster than ever before using the GoPro Lens Reframe plugin. Manually adjust the horizon level, adjust lens curvature, Pan, Tilt, Rotate, and Zoom your frame within the footage. You can also alter the base positioning or orientation of the clip, fine-tune lens distortion to straighten out lines, or alter the apparent ‘focal length’. Adjusting the amount of motion blur applied to animated movements is also possible with the ‘motion blur’ and ‘shutter angle’ parameters.

The new Highpass Sharpen plugin takes the fuss out of sharpening the edges within your footage. Just apply the effect and adjust to your liking. Sharper details in no time at all.

FXHome has also improved performance and stability, streamlined performance in After Effects, added new presets for the Grid plugin such as Grid of Fourths, Grid of Thirds, and Title Safe Boundaries, and also removed host restrictions so that Ignite Pro can now be used in most OFX applications.