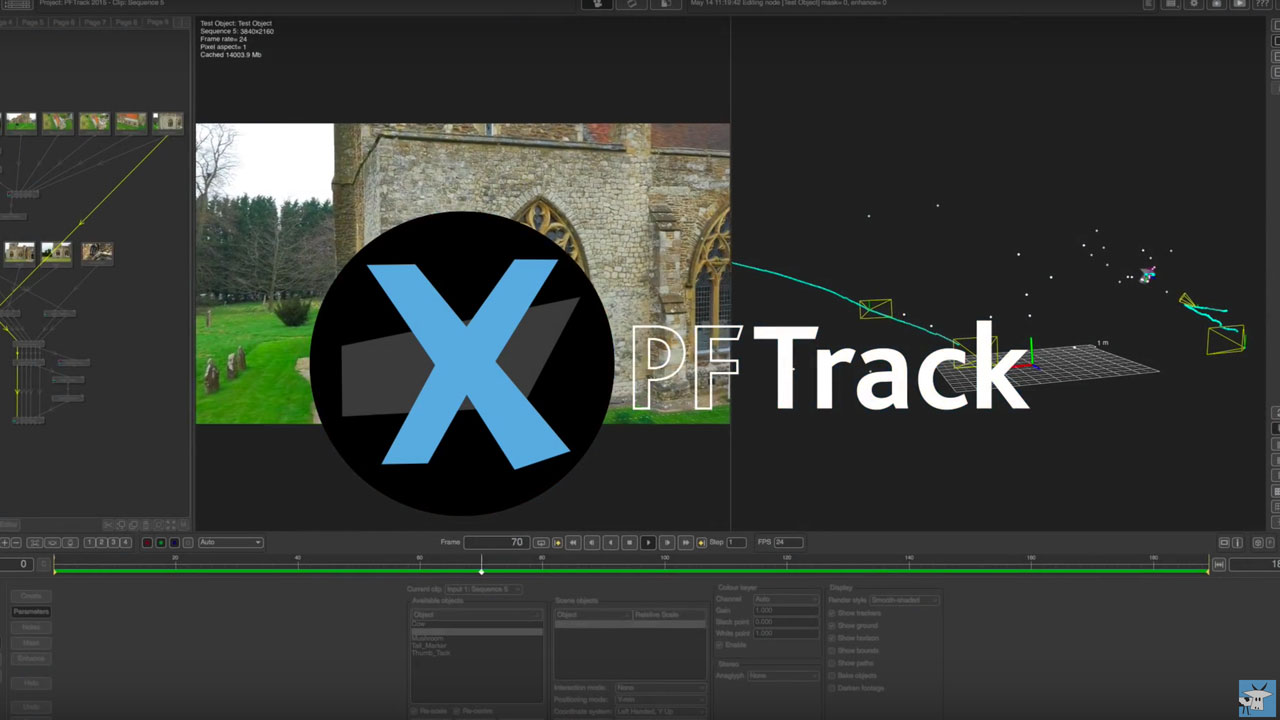 The Pixel Farm has completely reworked PFTrack for a major new release that features a completely re-engineered UI, game-changing camera and lens metadata tools and much more.

Tracking professionals throughout the VFX industry regard PFTrack as the most innovative product of its kind. With unparalleled flexibility, functionality and precision, it is the go to matchmoving and layout software for a reason: It does what the competition can’t.

This major release of PFTrack is the result of a huge rewrite of PFTrack’s underlying code, resulting in fantastic new features including the completely re-engineered UI, game-changing camera and lens metadata tools and productivity enhancements that ensure PFTrack is the go-to app for camera tracking, and core VFX duties.

The new version is immediately available to all customers with an active maintenance subscription.

PFTrack features a powerful new project manager allowing you to quickly create and organise your projects with our completely new tagging and search feature.

Where to start? Significant updates to the photogrammetry pipeline including an improved photogrammetry solver with automatic lens distortion correction, and updated Scene Solver node with improved feature matching and camera solver. Add a new thumbnail navigation bar for photogrammetry datasets and customizable EXIF metadata support, including GPS position and orientation hints in the solver, and top that off with a new Photo Cloud node for combining depth maps into a dense point cloud before meshing, along with the added ability to export dense point clouds.

A significant number of improvements have been applied to existing nodes working on our philosophy of making it easier to produce better results in less time.

In addition to the huge number of changes and features included by The Pixel Farm’s own development efforts, a number of user-requested features and bug fixes have also been included.

Numerous additional features and improvements to background application libraries such as Python (updated to 3.7), script and macro file location preferences and user settings/preferences.

Important information about this and future PFTrack releases.

This new version of PFTrack started out as a mission to upgrade our entire build environment, including compilers, servers and Qt making us more efficient as developers. It took a bit longer than we anticipated and resulted in significant code rewrites which in turn presented an opportunity to update parts of the app that were long overdue.

The net result of this huge update is a better platform to develop features that move us forward and allow us to better support customer requested changes.