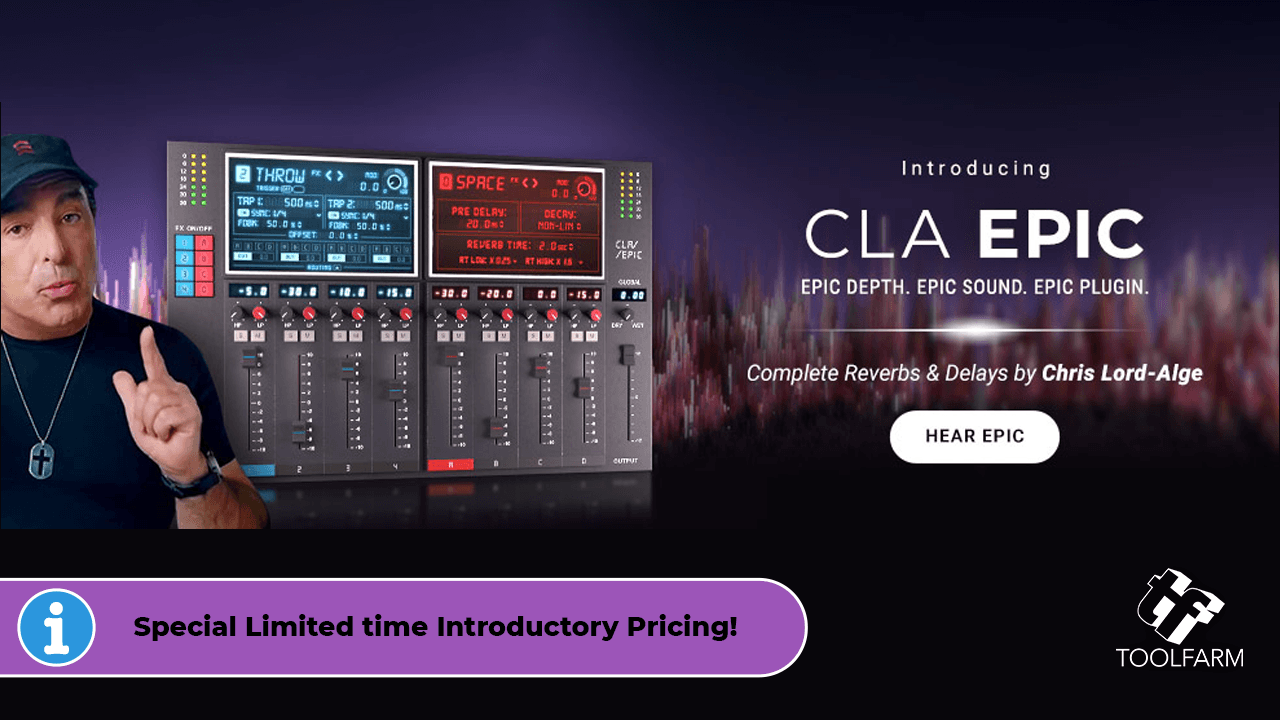 Save big on Waves CLA Epic with special introductory pricing.

Add epic depth to your mixes and productions. The complete suite of mix legend CLA’s 4 go-to delays and 4 go-to reverbs, based on his best studio gear. Not only that, get it all in one plugin that lets you blend, layer, and internally route the effects.

Studio legend Chris Lord-Alge (Green Day, Muse, Bruce Springsteen) is a master at creating epic space and dimension in every song. And now he is giving you the key to that depth. His entire suite of reverbs and delays, in one epic plugin.

CLA Epic features Chris’s 4 go-to delays (SLAP, THROW, TAPE, CROWD) and 4 go-to reverbs (PLATE, ROOM, HALL, SPACE). All modules are based on Chris’s settings for his favorite studio hardware, which he uses in various combinations in every one of his mixes.

Whether used on vocals, drums, synths, guitars, or other instruments – CLA Epic opens the gate to more depth in your mixes and productions. 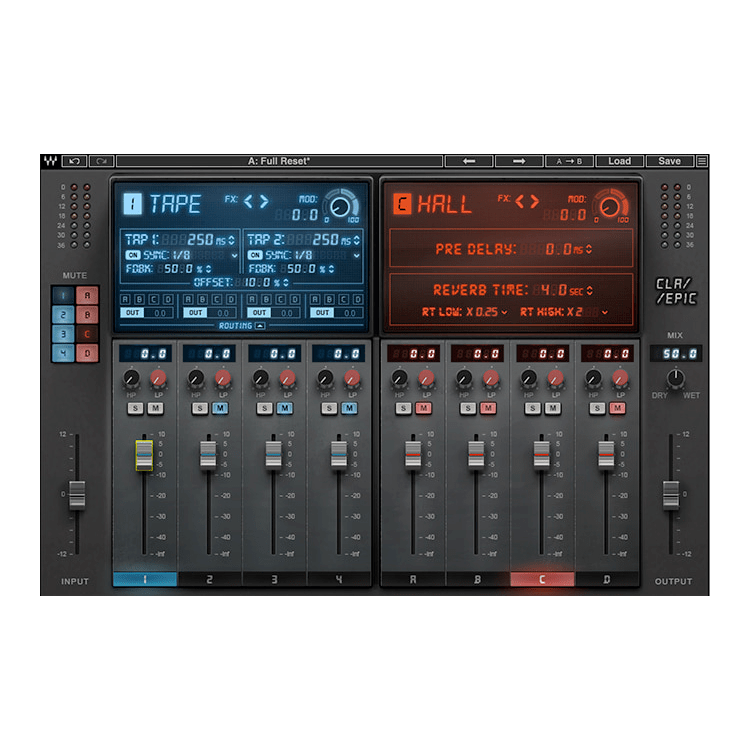