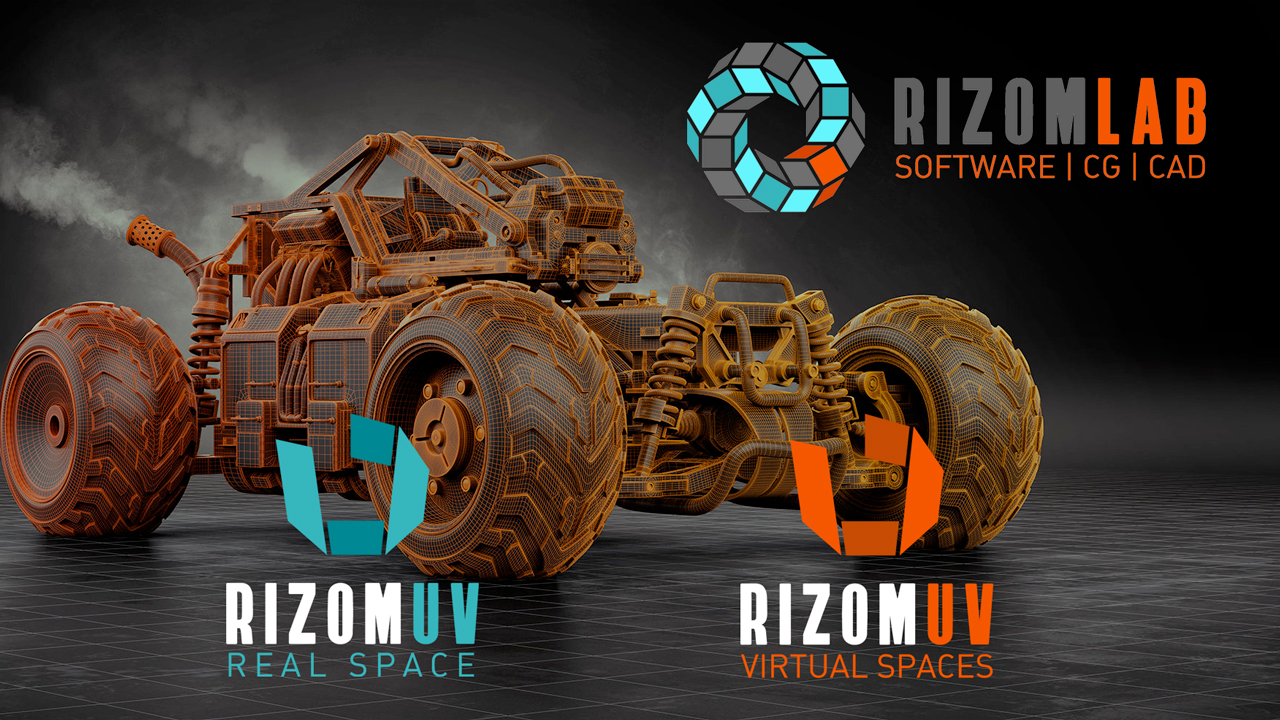 RizomUV is on an ever-evolving path towards the perfect UV mapping toolset, capable of segmenting, flattening and packing UVs without the need for days and hours of user intervention. RizomUV Virtual Spaces UV mapping software is perfect for Games, VFX, Animation and VR. RizomUV Real Space is tailored toward Industrial Design, Laser Texturing and Packaging Design. 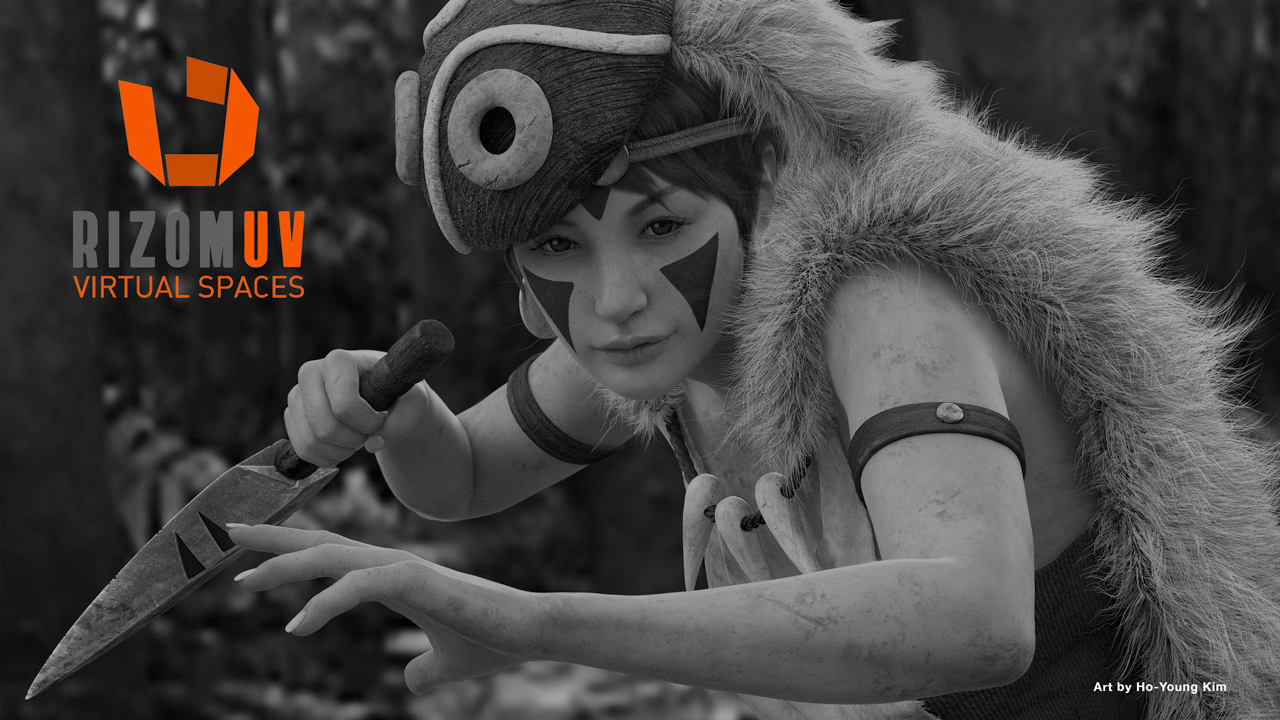 Since 2004, Unfold3D's legacy has taken its place in major VFX studios, AAA games companies and animation studios all over the world thanks to its famous unfold feature and its intuitive UI. RizomUV Virtual Spaces brings in all this background and comes with major improvements.

As strong as a streamroller, but precise like a Swiss watchmaker. In a few seconds, Unfold turn’s your hundred thousand polygons 3D mesh into a stretch-free and overlap-free flattened UV version.

Pack finds the best place, orientation and scale for your islands. Millions of combinations are tested so that the wasted space is minimized. RizomUV’s Pack impresses by its efficiency, it can pack island groups, around locked islands and inside island’s holes.

Create seams automatically using specific algorithms designed for characters, manufactured objects, trees and large terrains. Only one mouse click and your model will be smartly segmented into several islands.

Load and save OBJ and FBX files with poly-materials, poly-groups and smoothing groups. Integrate seamlessly RizomUV into your workflows using the LUA scripting feature to automatize almost everything.

Optimize is a stretch reducer. It is so precise that engineers from the CAD world use it to design real objects with micrometer precision. 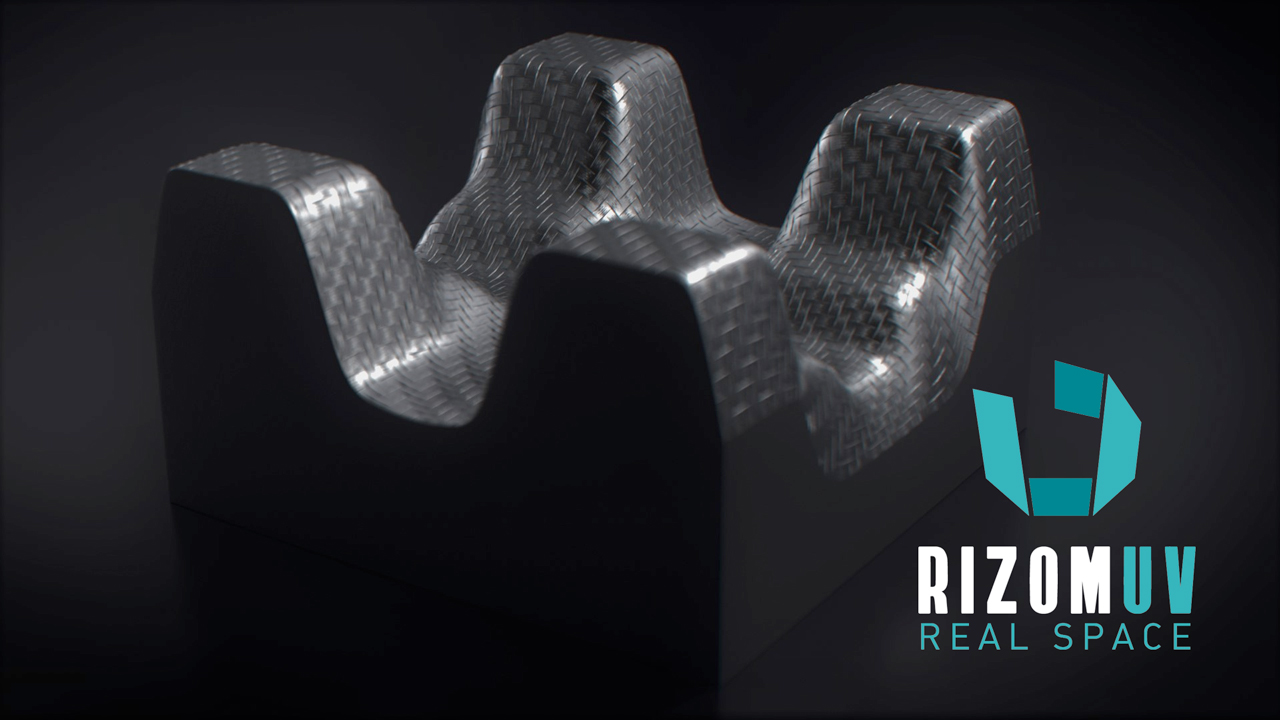 RizomUV Real Spaces is a RizomUV CAD variant, adapted to projects focused on manufactured products of the real word. It is dedicated to product design such as packaging design or laser surface texturing. RizomUV Real Space contains all the features of RizomUV Virtual Spaces but creates and handles UV maps in unnormalized UV space, so that the flattened version of your model will respect its unflattened absolute dimensions all along your edition.

Stretch color map displays the ratio between flattened areas over unflattened ones, so that you get a permanent visual feedback of the real final stretch while editing your UV maps.

Convert your UV maps into a 10 billions pixels bigtiff files, and use it for your texturing laser processes that need micro-meter precision.

About Rizom Lab
Rizom-Lab is the company owned and created by the creator of the industry standard UV mapper RizomUV and its algorithms.

Created in 2003 by Rémi Arquier, RizomUV was one of the first commercial UV mappers on the market. From the get-go, it could automatically flatten UVs without stretching and distortion. It rapidly became a staple in the CG industry, used by freelancers and indies as well as in major studio pipelines. You’ll even find Rémi’s code in Autodesk’s applications, his unwrapping algorithm is currently what powers Maya®’s standard UV Mapper.

Fast Forward to today: RizomUV is on an ever-evolving path towards the perfect UV mapping toolset, capable of segmenting, flattening and packing UVs without the need for days and hours of user  intervention. We aim at speed and ease, and we do this by focusing on user feedback, honing our code, and of course, inventing new tools and touches benefitting our users. You can reap the benefits from this in one of our two standalone applications, RizomUV Virtual Spaces or RizomUV Real Space.  In addition, we offer pipeline or software companies access to our integratable RizomUV C++ Library.

Rizom-Lab has been created in 2016,  and only sells RizomUV’s new software. We took care to listen to our user feedback, and based our licensing model on your wishes and requests.