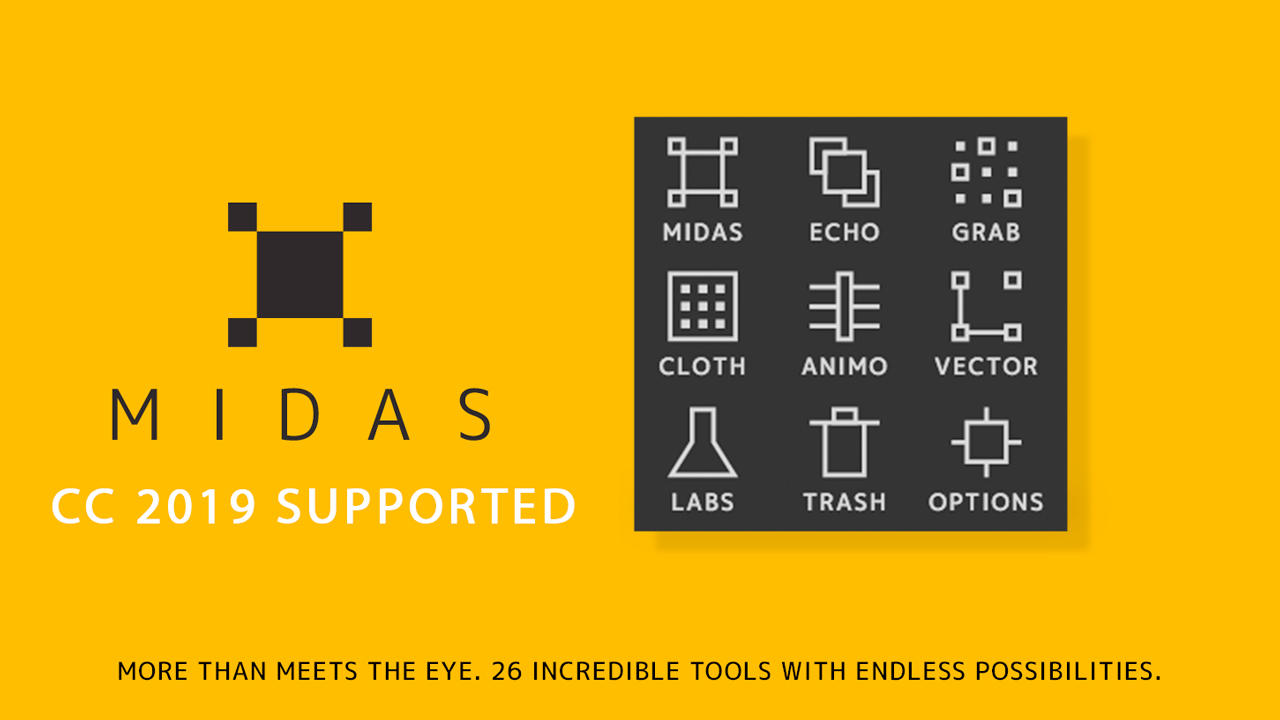 A new version of Midas is available that adds support for Adobe After Effects CC 2019.  This is a free update for all existing Midas users.

Midas is massive and the uses are almost endless. Over 26 powerful tools lay beneath the surface to animate and design anything in After Effects.

This is a free update for all existing Midas users!

Unfortunately, some of the changes in the update to CC 2019 broke the Auto-Update feature of Midas. Since the Update system was broke — a fix to resolve the error was unable to be installed.

To support CC 2019 and bring back Auto-Update, a manual installation is required.  You can use the demo version for manual install.