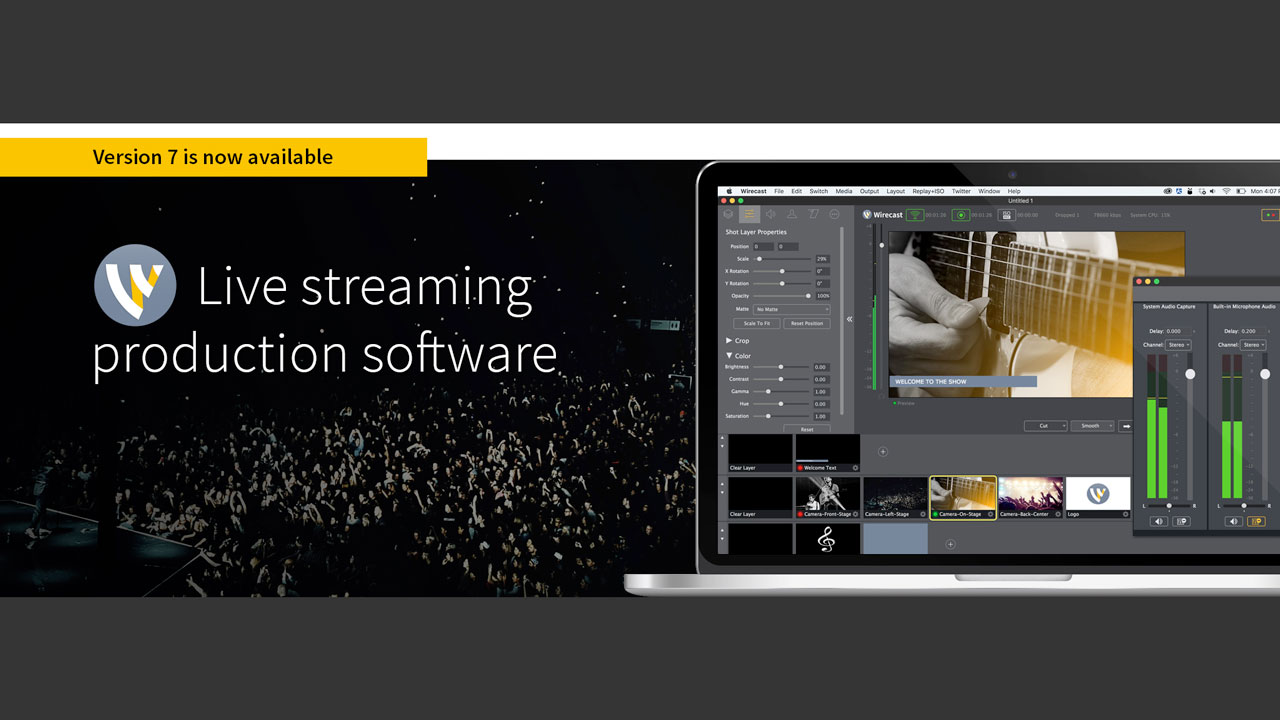 Telestream Wirecast is the only cross-platform, all-in-one live streaming production software that enables capture, live production, and encoding of live streams for broadcast to multiple servers and platforms simultaneously.