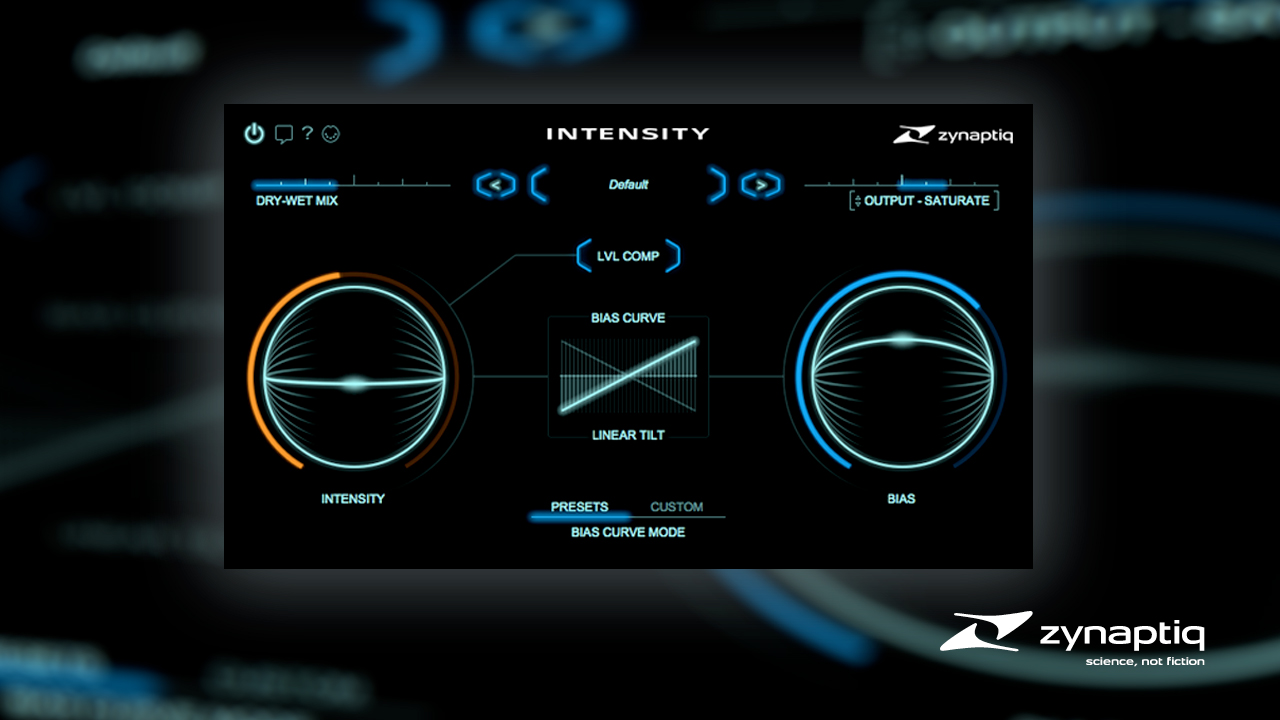 Zynaptiq has announce the availability of their latest signal processing plugin INTENSITY. INTENSITY is a new kind of audio processor for mixing, mastering and sound design. Special Intro price, only $149.00.

Built on techniques typically found in facial recognition algorithms, INTENSITY brings out a sound’s inherent detail, increases its perceived loudness and density, and adds what we can only describe as maximum clarity.

The unique algorithm carves out important signal features – making sounds sound more like themselves – and is operated with essentially one control. Between the proprietary algorithm and an optional soft-knee saturating limiter in the plugin’s output stage, INTENSITY also excels at attaining maximum loudness and creating a beautifully aggressive tone.

The key INTENSITY features at a glance:

Now through the end of June, you can purchase Zynaptiq INTENSITY, and get maximum clarity, for only $149! (reg: $379)