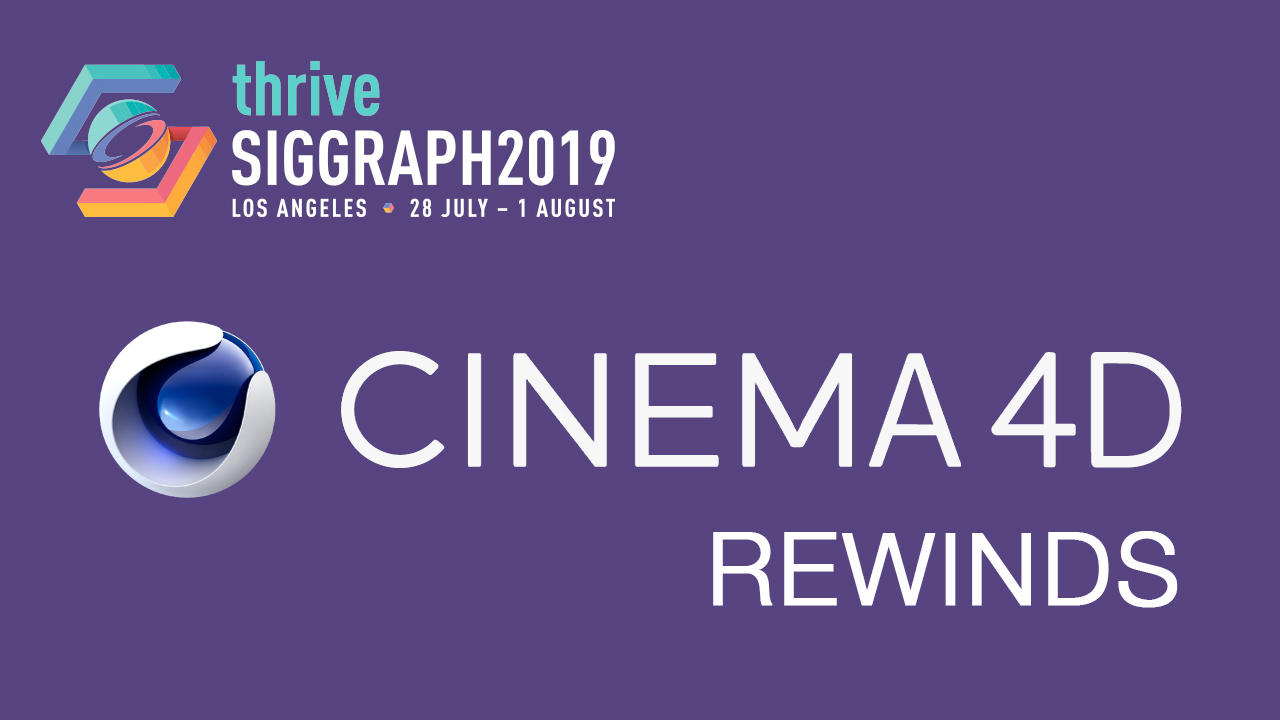 MAXON has chunked out all the presentations from SIGGRAPH 2019 into bite sized bits, so know you can watch the captivating presentations about Cinema 4D & Release 21 at your leisure.

Since all the presentations are included in this post, I’ve added jump links to help you find the parts you want to watch.

Motion Designers Duarte Elvas and Jake Allen of Sarofsky showcase the power of Cinema 4D with a breakdown of a recent 30-day project.

Art Director and Animator Meghan Newell examines how to use Cinema4D for Augmented Reality and 3D printing.

Bring a character to life with Animator Brianne Gagg as she reveals her Cinema 4D character creation process.

Follow along with acclaimed Designer and Animator David Brodeur of Locked and Loading and learn how he achieves his signature style.

You’ve seen his work on the big screen in Spider-Man: Into The Spider-Verse. Now you can follow along with Motion Designer James Ramirez as he dives into his creative process and reviews his workflow.