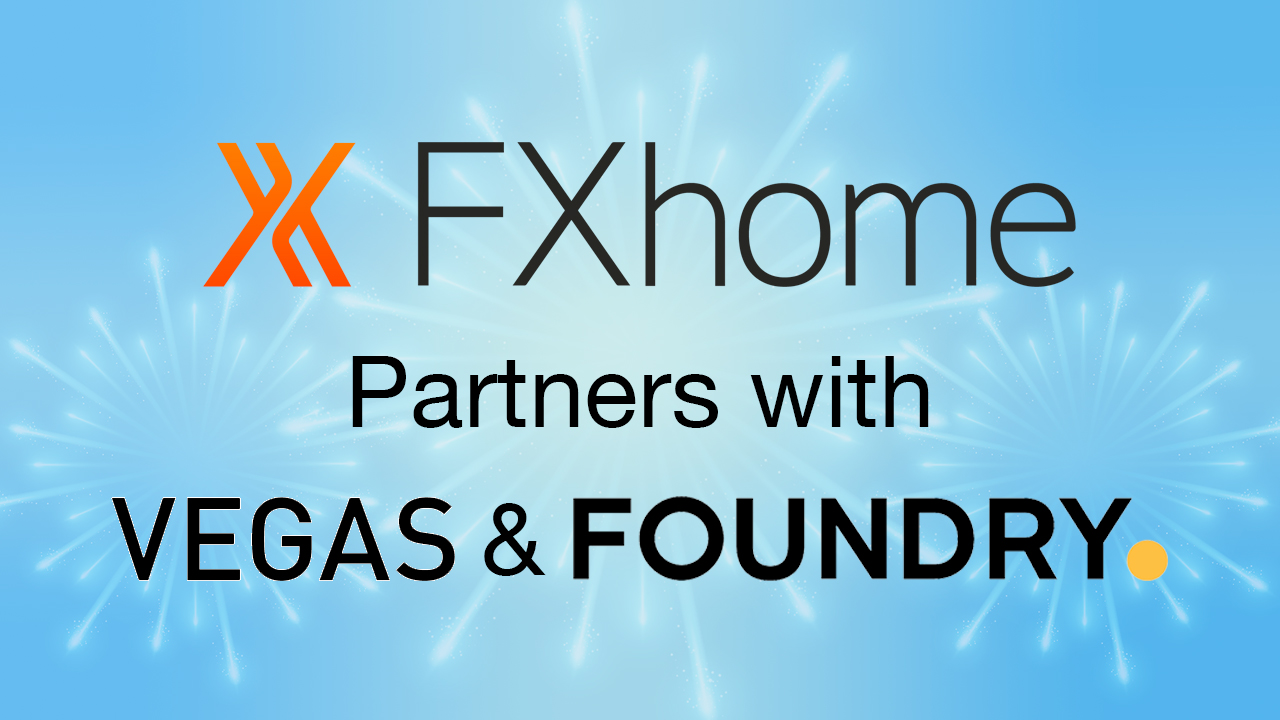 At NAB this week, FXHome, makers of HitFilm, has announced a partnership with The Foundry to integrate 3D Camera Tracker into HitFilm.  And they’ve also partnered with VEGAS Creative Software to create VEGAS POST, a powerful new suite of editing, VFX, compositing and imaging tools.

Norwich, UK (April 8, 2019) – FXhome (www.fxhome.com) announced today it has partnered with Foundry (www.foundry.com), the leading developer of software for the media, entertainment, and digital design industries, to integrate Foundry’s CameraTracker technology directly into HitFilm. HitFilm is FXhome’s industry-popular video editing and compositing software with a global user community of over 3.8 million filmmakers, editors and artists.

As a result of this integration, HitFilm editors and artists can access an integrated motion tracking or match-moving tool from within the HitFilm timeline, which will allow artists to create a virtual camera whose movement matches that of the original camera without ever having to leave the HitFilm environment. Tracking camera movement in 2D footage enables artists to add virtual 3D objects to 2D footage.

“The FXhome development team has been hard at work expanding the feature set and capabilities of HitFilm in an effort to appeal to more and more artists with increasingly sophisticated workflows. Our tech partnership with Foundry is an extension of that effort,” said Josh Davies, founder and CEO of FXhome. “While the features of HitFilm are extensive –  with a toolset designed to impress editors and compositors of all skill levels – the addition of a 3D camera tracker that has already earned the reputation and respect of the community is a tremendous win for our customers.”

“We are delighted to partner with FXhome on this project. We want to make Foundry’s technology even more accessible to the next generation of VFX artists and we’re thrilled to share this groundbreaking compositing tool from Nuke with HitFilm users,” says Christy Anzelmo, Group Product Manager, Foundry.

Camera Tracker in HitFilm: How Does it Work?

With the CameraTracker, HitFilm artists can track the camera motion in 2D sequences or stills to create an animated 3D camera or a point cloud and scene linked to the solve. You can automatically track features, add User Tracks or tracks from a Tracker node and mask out moving objects.

Foundry develops creative software for the digital design, media and entertainment industries. With a 20-year heritage and a portfolio of award-winning products, Foundry advances the art and technology of visual experience in partnership with creative leaders around the globe.

The company’s products are used to create breathtaking visual effects sequences on a wide range of feature films, video-on-demand, television and commercials. Foundry software was integral in the making of every VFX Oscar-winning film, award-winning TV shows and commercial for more than a decade.

Founded in 1996, Foundry is headquartered in London, with 300 staff and a presence in the US, China, Japan, Australia and Europe. In 2015, the London Stock Exchange named Foundry one of the “1000 Companies to Inspire Britain.” It regularly features in The Sunday Times’ Tech Track as one of Britain’s fastest-growing private technology companies.

© Foundry, its logo and product names are registered trademarks in the UK, USA and/or other countries.

In 2011, FXhome set out on a mission to prove that professional grade post-production tools can be made available to everyone. The result was HitFilm, an all-in-one video editing and visual effects software – at a fraction of the cost of other industry standard tools.

Found via Broadcast Beat.  Thanks for sharing.

As a result of this partnership, FXhome – creators of the popular editing and VFX software, HitFilm – are developing a customized effects and compositing tool specifically designed for VEGAS POST. With VEGAS Pro at its core, VEGAS POST will provide industry-renowned editing tools coupled with FXhome’s expertise in compositing and visual effects to offer a massive array of features and capabilities, ideally suited for video professionals in post production facilities of all sizes and requirements – from individual artists to large post production studios, broadcasters and SME (small/medium enterprise) installations.

Additionally, VEGAS POST will integrate a custom-developed version of FXhome’s new non-destructive RAW image compositor that will enable video editors to work with still-image and graphical content and incorporate it directly into their final productions. All three tools will work together seamlessly in an integrated, end-to-end workflow to accelerate and streamline the post-production process for artists.

“VEGAS Pro has stood the test of time in an incredibly competitive industry,” says VEGAS Product Owner, Gary Rebholz. “With our 20th birthday this year, we celebrate two solid decades of giving the industry an alternative approach to editing audio and video that’s enjoyed by millions of professionals around the world. We are now strengthening our long-standing relationship with FXhome by providing an exciting alternative in the compositing, post-effects and image-editing space. This is truly a complete post-production package.”

The current version of VEGAS Pro, version 16, offers features such as support for High Dynamic Range video, a fresh new approach to storyboarding, world-class motion tracking and video stabilization. Continued improvements in hardware-accelerated processing and constant performance enhancements result in another highly stable version of VEGAS Pro that professionals can rely on to cut their videos quickly and accurately.

“HitFilm started as an idea, inspired by the creative passions of artists, and fueled by a loyal and committed community of content creators. We’re humbled by the impact we’ve had on this creative community, and it inspires us to reach even further to continue our mission of making the creative process accessible to everyone,” says Josh Davies, founder and CEO of FXhome. “Partnering with VEGAS Creative Software enables us to extend our expertise to the VEGAS community of artists, and our hope is to add even more value to their creative workflow.”

VEGAS POST was officially announced at the MediaMotion Ball 2019 during the NAB show in Las Vegas, Nevada on April 8. Both Rebholz and Davies, along with associates from both VEGAS Creative Software and FXhome, were on hand at the event to talk about the new suite.

“We’ve been singularly determined to keep VEGAS Pro at the forefront of the video editing industry,” continues Rebholz. “And now with an even stronger partnership with FXhome, we take on the next 20 years with complete confidence and excitement.”

VEGAS POST will be available in Q3 of 2019; pricing will be announced at launch.

In 2011, FXhome set out on a mission to prove that professional grade post-production tools can be made available to everyone. The result was HitFilm, an all-in-one video editing and visual effects software – at a fraction of the cost of other industry standard tools. Eight years and 3.8 million users later, HitFilm is one of the leading post-production software tools in the industry, offering software options for emerging and pro editors alike. What started as a big idea on a little budget has grown to a global movement of creatives who share HitFilm’s vision for the future of video and imaging software. Together, they have not only built one of the best VFX and editing tools in the industry – but a community of artists who inspire and learn from each other. For more information, please visit www.fxhome.com

In May 2016, MAGIX acquired the multiple award-winning VEGAS Pro and VEGAS Movie Studio product lines, along with other video and audio products. VEGAS Creative Software stands poised to take video editing to a new level. Our development teams in Madison, WI and Berlin, Germany are working on innovative solutions to old problems, and building tools that push the boundaries of what is currently possible. The VEGAS Creative Software mission: to make VEGAS software faster, more efficient, and even more intuitive. Our goal: to provide users at all levels–from video editing amateurs to creative professionals–tools that are perfectly suited to their needs and demands. For more information, please visit www.vegascreativesoftware.com

Found via Film, Video & Virtual Reality.  Thanks for sharing.