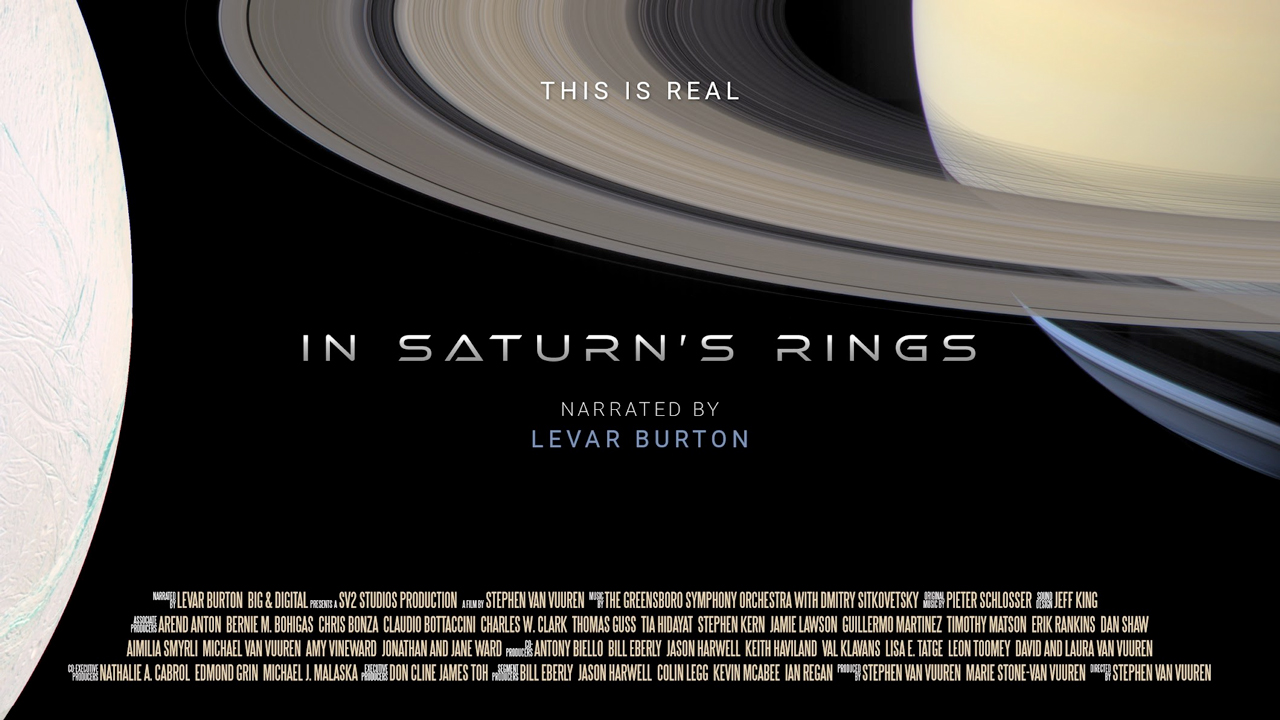 “In Saturn’s Rings” will have it’s world film festival premiere on April 13, 2019 at the Riverrun International Film Festival in Winston-Salem, NC.

We have our world film festival premiere on April 13th at the Riverrun International Film Festival in Winston-Salem, NC USA. Filmmaker Stephen van Vuuren will present an extended introduction to the film and host a panel discussion with key volunteers with an audience Q&A after the film.

On the panel will be:

Riverrun is a top 10 Festival worth traveling for according to USA Today and Moviemaker Magazine ranked it in the top 50 in the world.

You can learn more and get tickets here: https://www.insaturnsrings.com/latest-news

Toolfarm is one of the Platinum Ring Sponsors, along with Red Giant Software, iZotope, and nVidia.  Other sponsors are Adobe, Cinnafilm, Fotokem, Alfred Williams & Company, Digieffects, Mettle, the AE-List and more.

Check out our previous midweek motivation post about “In Saturn’s Rings” here.